The trail running from the village of Valaská Dubová to the mountain meadows in Stredná Poľana. The route is one of the most visited ones in the region. It is used as an access route to Great Choč, leading to which are several routes, but this is the most frequently used one, as it is the shortest and the most attractive one.

Route description:
The route begins in the village of Valaská Dubová, by bus stop “Valaská Dubová,,OcÚ“. From the signpost, on which there is a panel with basic information about the village, the route runs up the street, past a wood carving of a bandit. The street splits up, you need to continue in the direction towards the rocky cliff above the village, follow the trail marks and several makeshift direction signs (arrows). The marked trail exits the village and continues mildly uphill on a paved road in the direction to a wooded area. The road arrives at a meadow, at the end of which there is an information panel about the woods and the announcement that we are entering a territory of European importance. On the right behind the creek, among the trees, there is a wooden shelter with a sitting area for those who need to rest. Next to the shelter, there is a wooden conduit on the creek. The water in the creek surfaces a few metres above the conduit, therefore you should be able to drink from it. The route enters the woods and now it is more of a wider path instead of the road which led us to the woods. The ascent becomes more noticeable in the woods, but still not too steep. After a short while, the route passes by another shelter with a sitting area, next to which there is a wooden well built on a creek. The water in the creek surfaces 300 metres farther uphill. A showcase has been recently installed next to the path by the shelter, displaying different objects and information about how long it takes each object to decompose in nature. The path continues deeper and deeper into the woods and its surface changes to gravel. At the place with the information panel about “Tesné Skalky”, we are entering the National Nature Reserve of Choč. Here, the path becomes uncomfortable, rocky, with loose rocks. However, we are compensated with views of impressive rocky cliffs situated above the path. At a small meadow, we are welcomed by a sort of a rocky gate at the place where there are rocks extending onto the path from both left and right. After passing through the gate, the route continues steeply uphill through a valley with lots of fallen trees, which are, fortunately, sawn up or built into the path to serve as stairs. In the area of Solisko, approximately within the first third of the ascent, there is another information panel, about fauna. The ascent becomes a bit milder, but it is still noticeable. At the place where we need to turn right from the valley, we are navigated by the marking and a trodden path. This final section of the ascent is very steep and also slippery due to gravel terrain. You need to be careful, especially on the way down. After the ascent, the path arrives at the periphery of a meadow, where we see another educational panel, about flora. A few dozen metres away from the panel, there is a hiking signpost titled “Stredná Poľana“, where this section of the route ends, at the beginning of a large mountain meadow.

Safety:
The route includes several steep sections with rocky surface and loose rocks, which are slippery. In winter months, the route is often icy and extremely slippery, which means you will need climbing irons / crampons. In summer months, we recommend using hiking poles and sturdy footwear, especially on your way down. The route is not suitable for children under the age of 10. The route is also not suitable for persons with reduced mobility.

Marking on the route:
The marking is a bit sparse, but there are no turns from the trail, which makes orientation easy. As the trail is frequently used, it is also well-trodden, whether it is summer or winter. 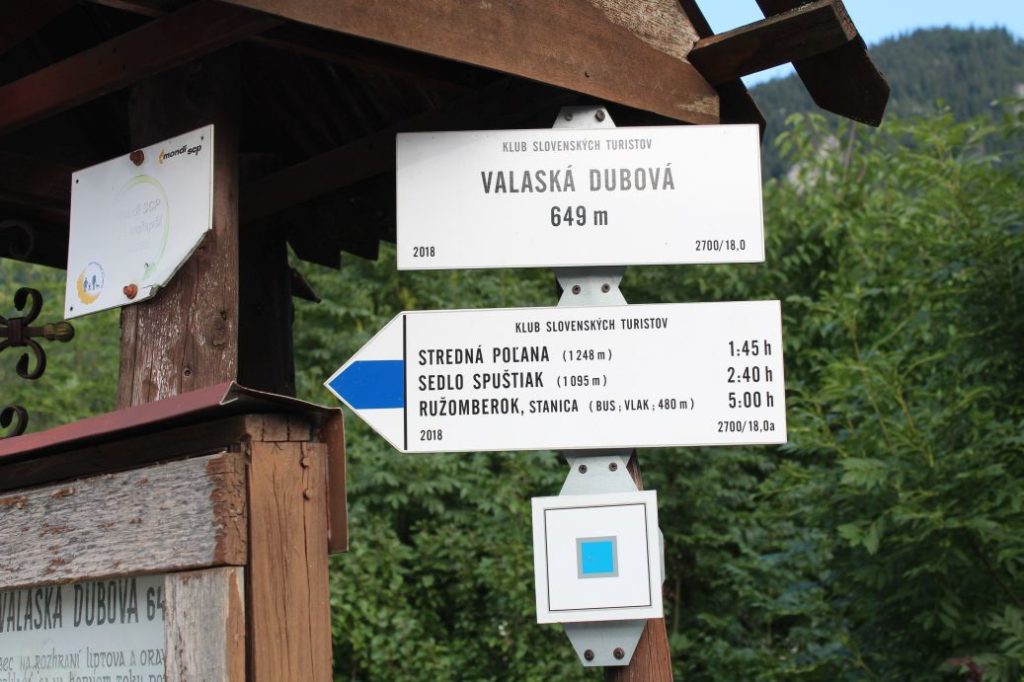 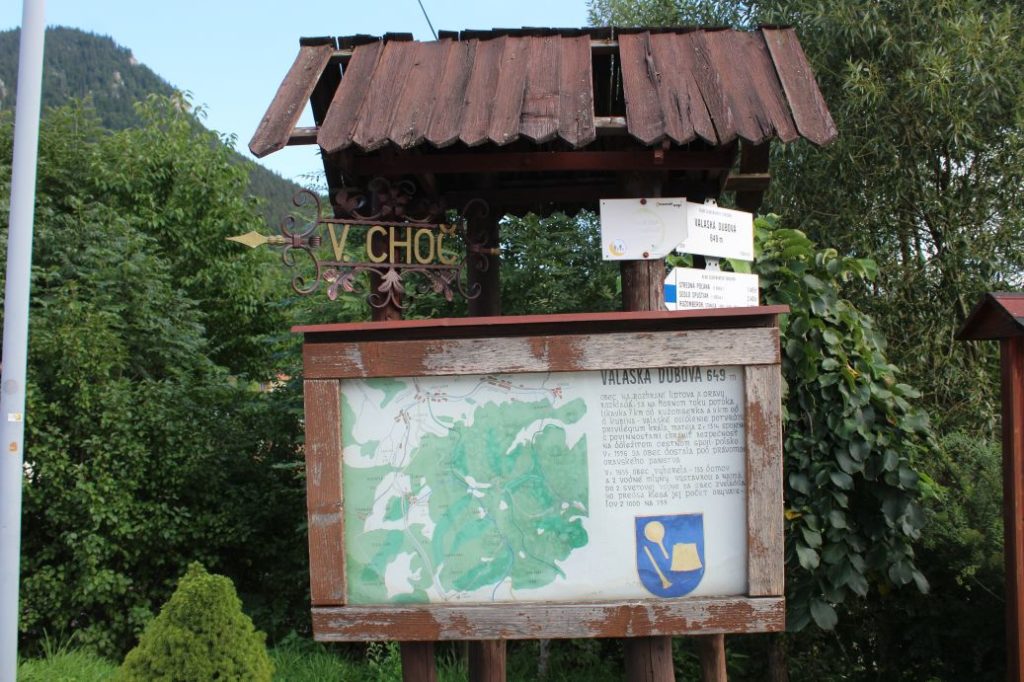 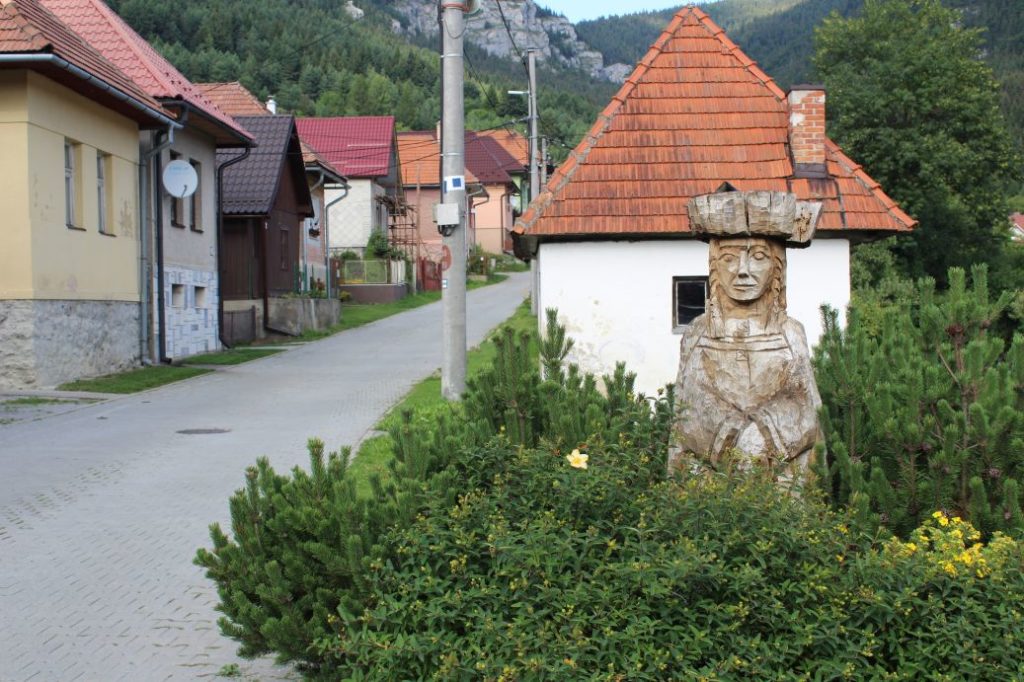 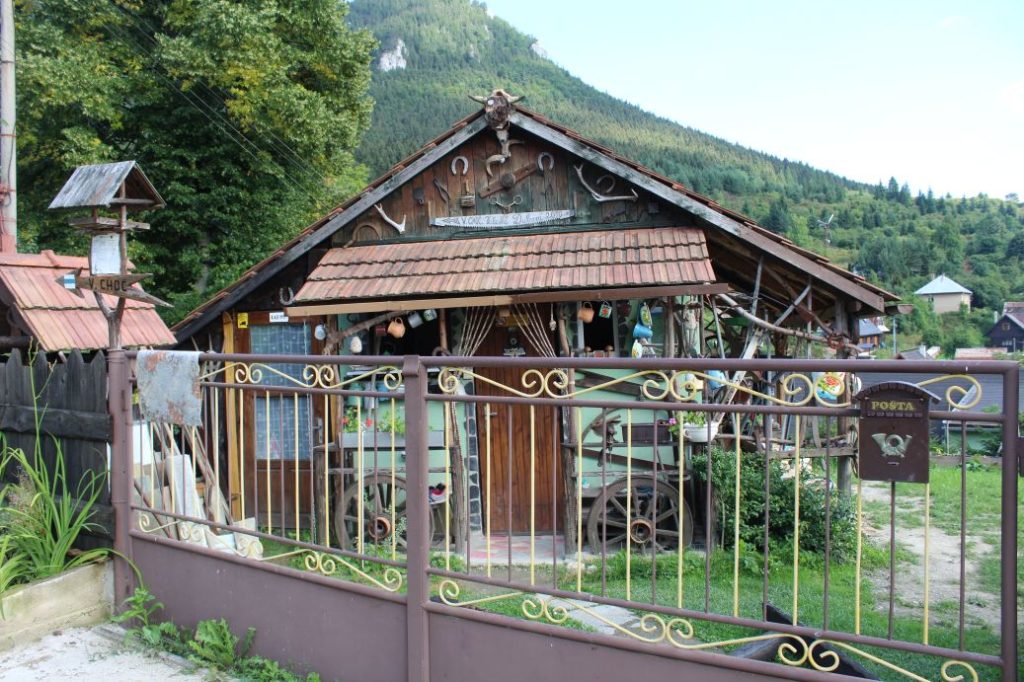 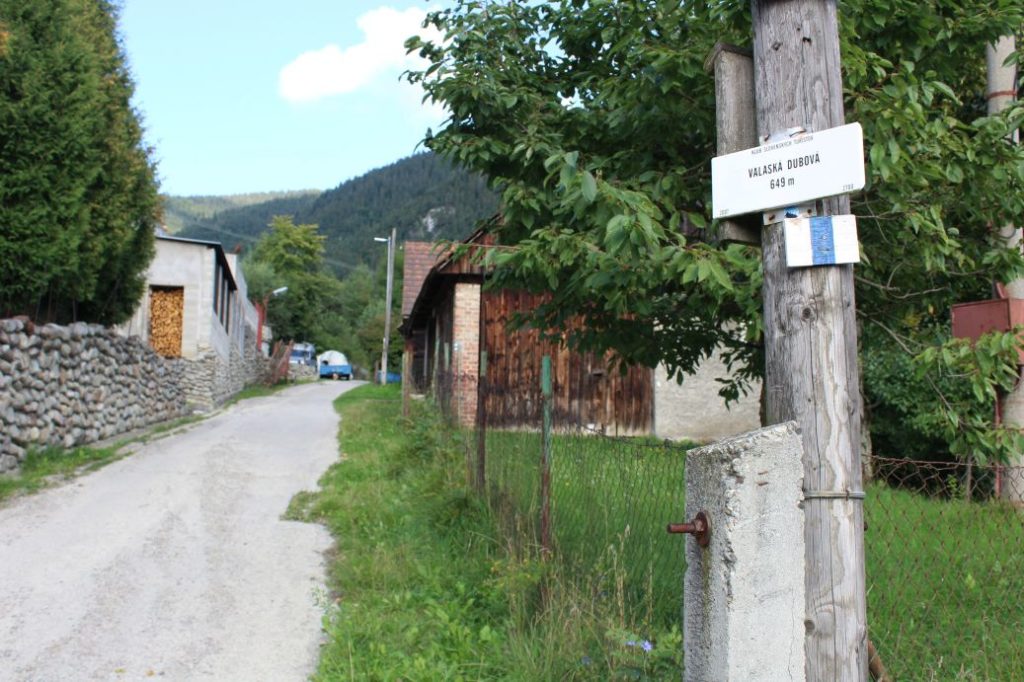 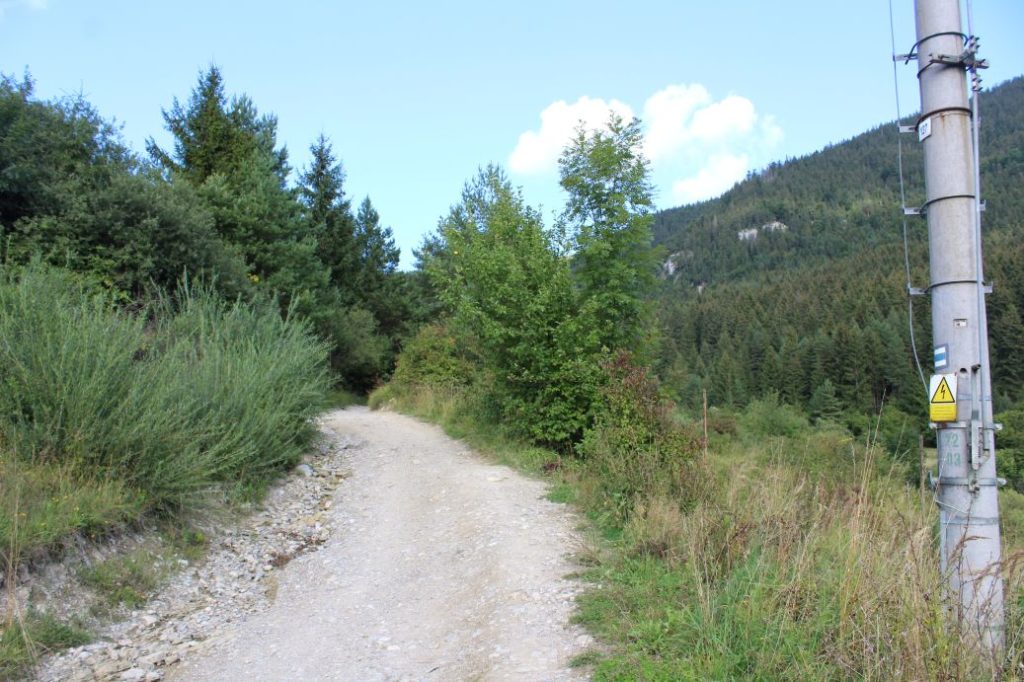 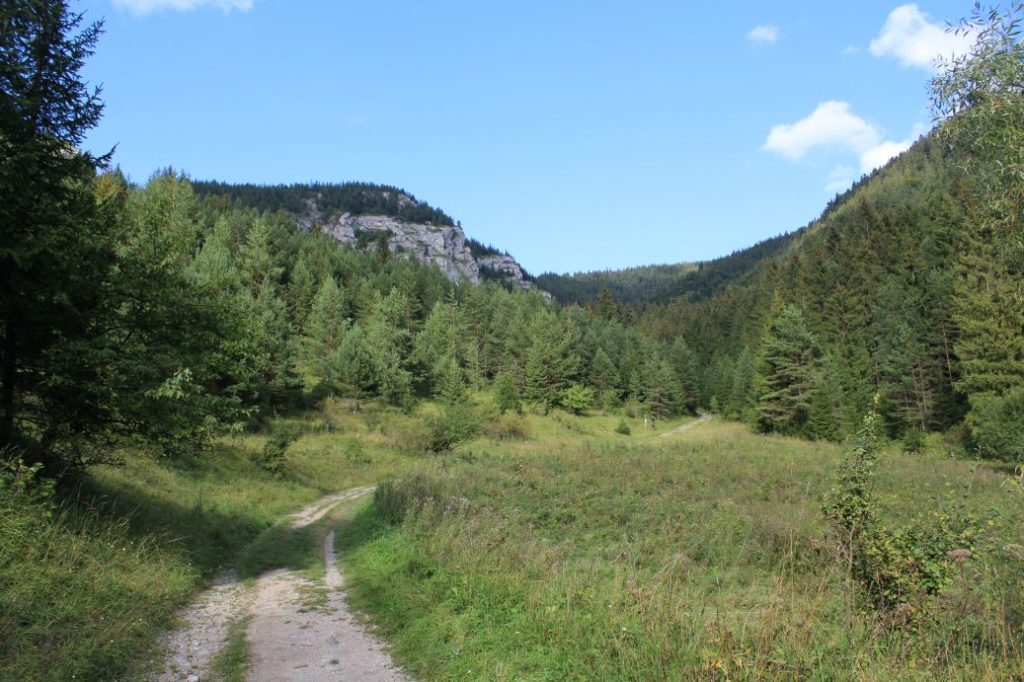 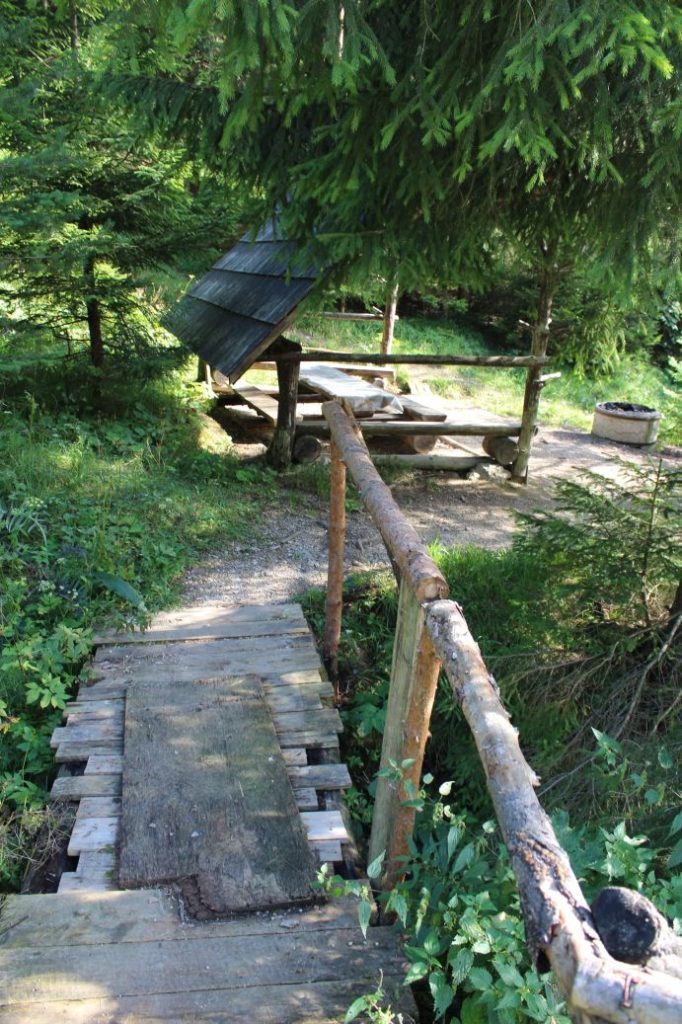 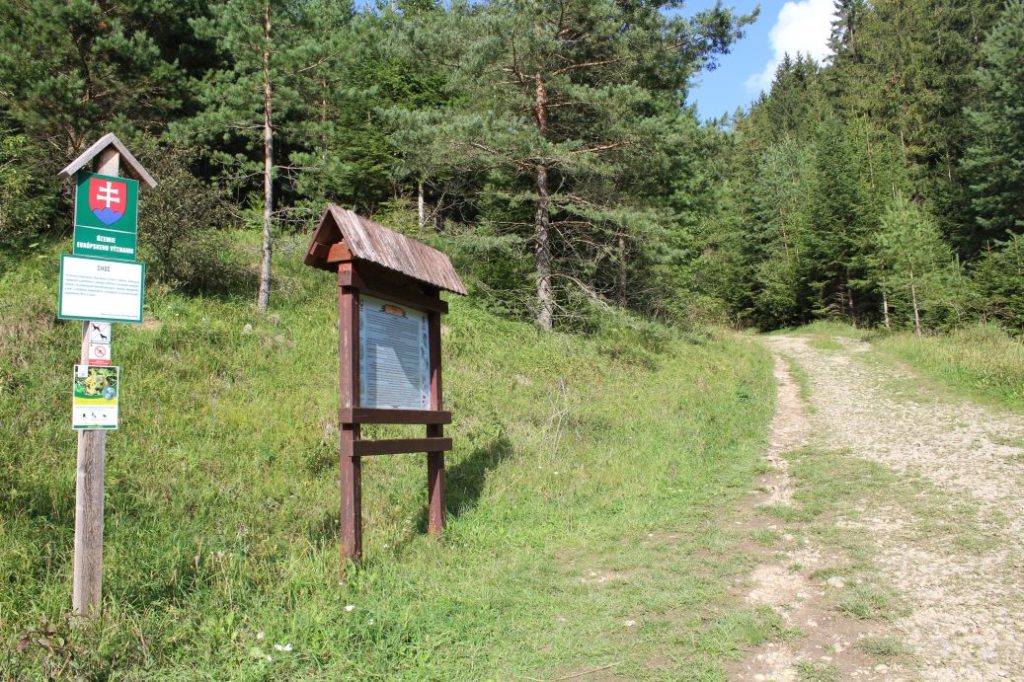 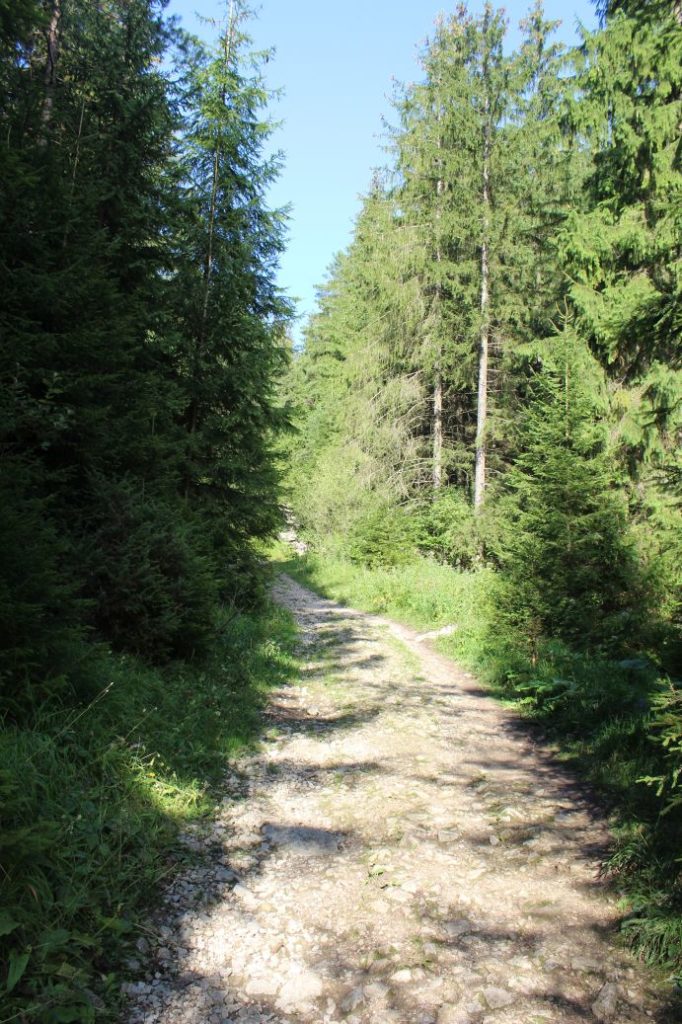 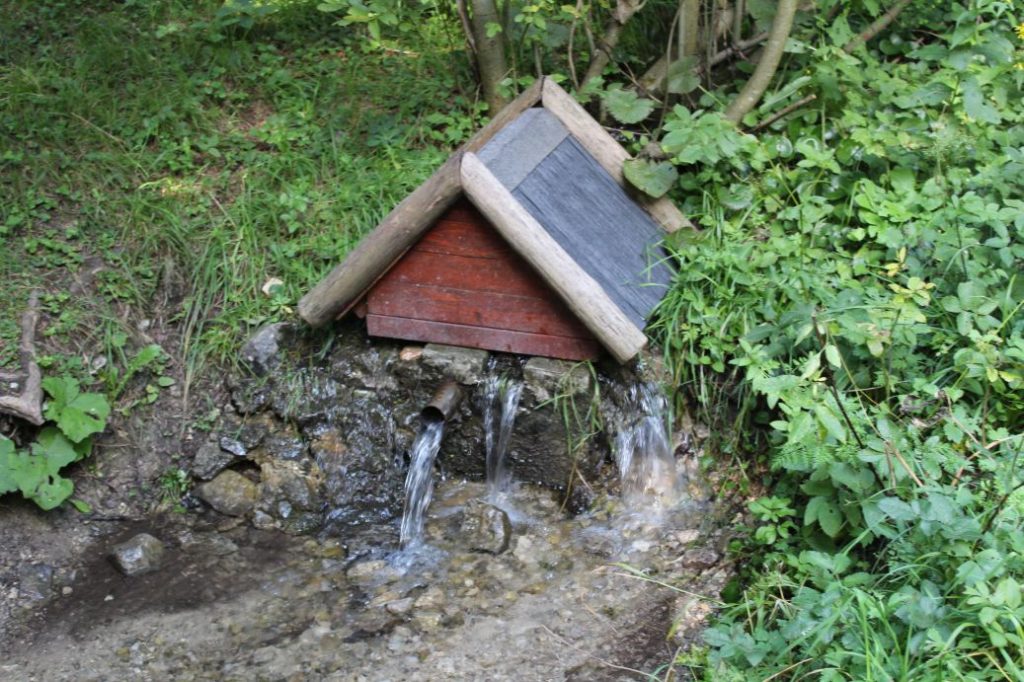 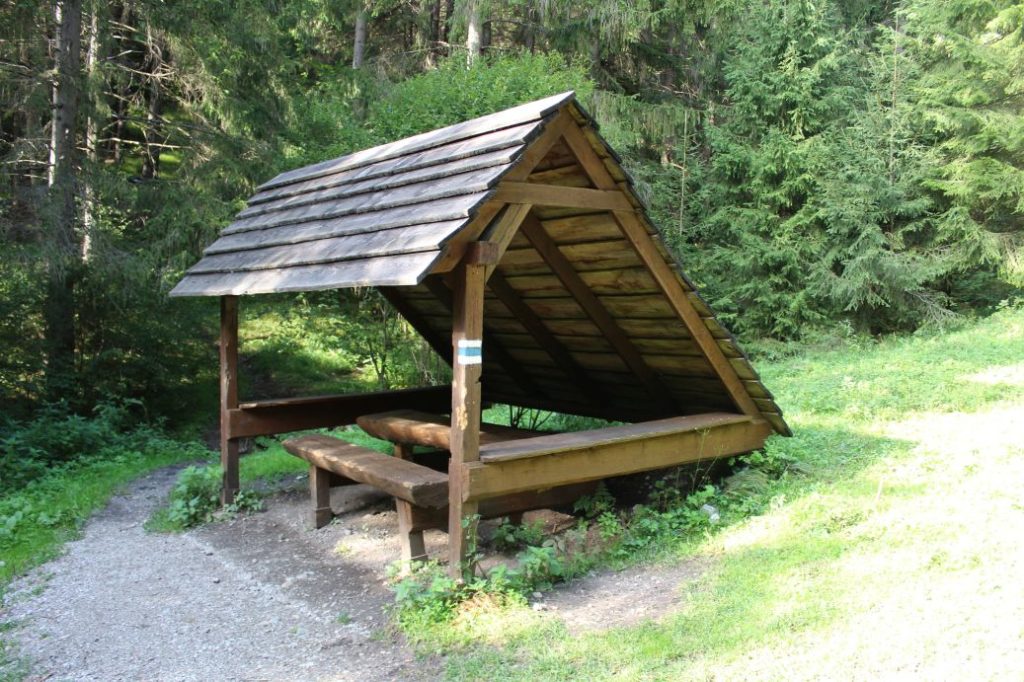 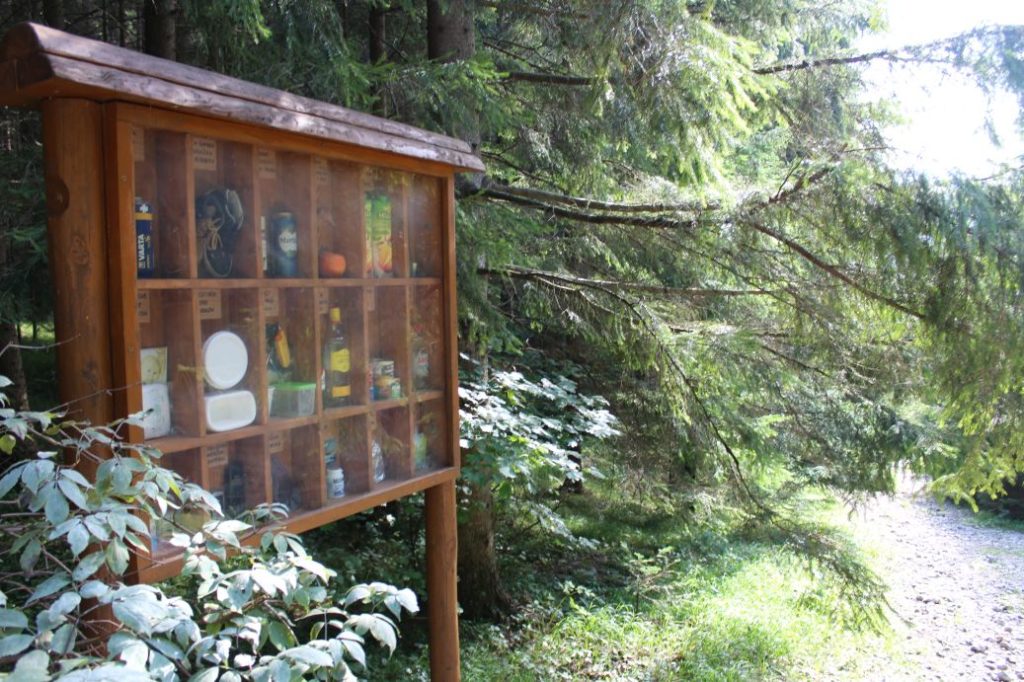 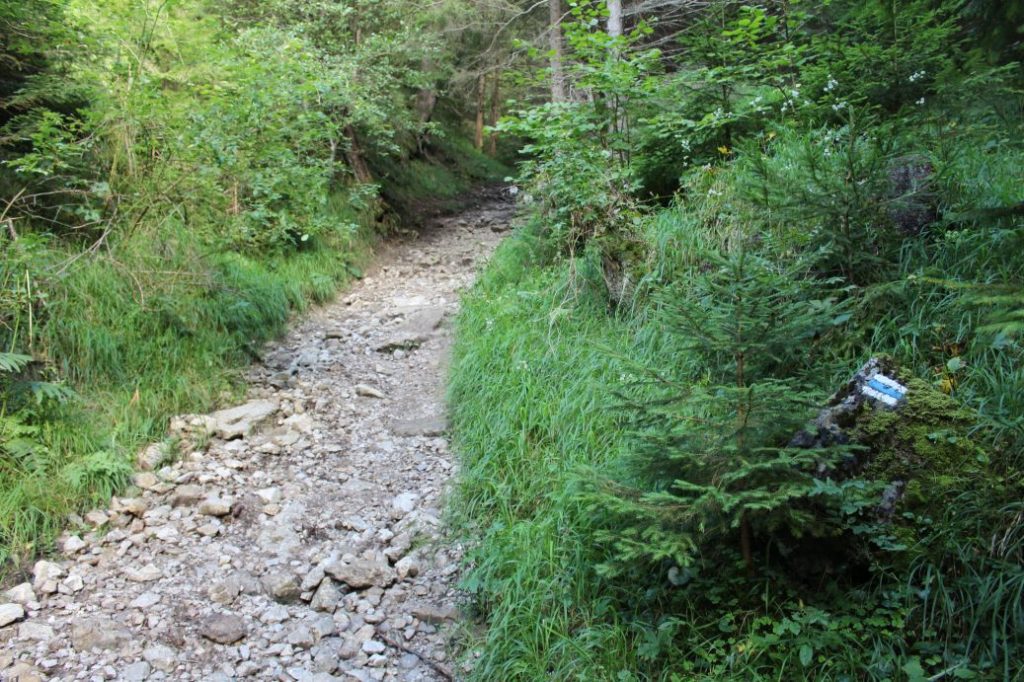 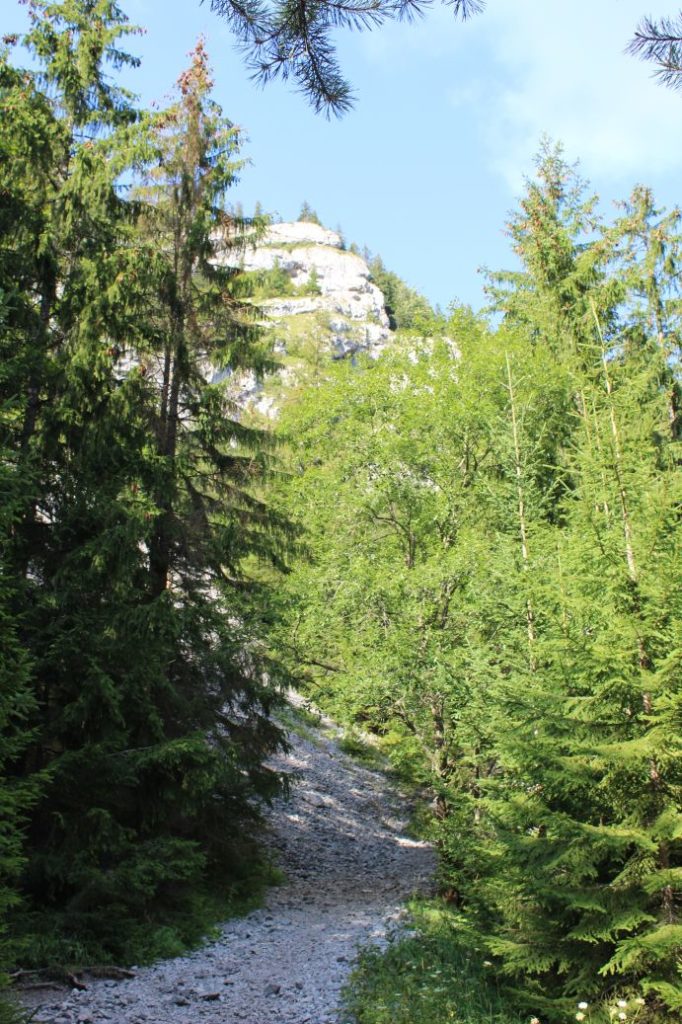 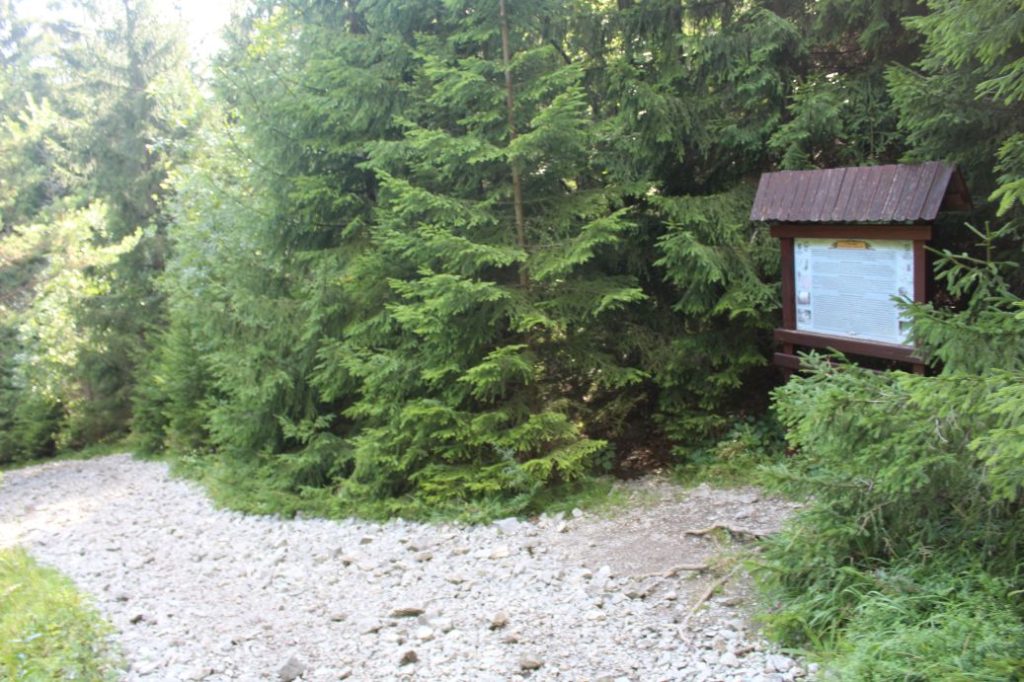 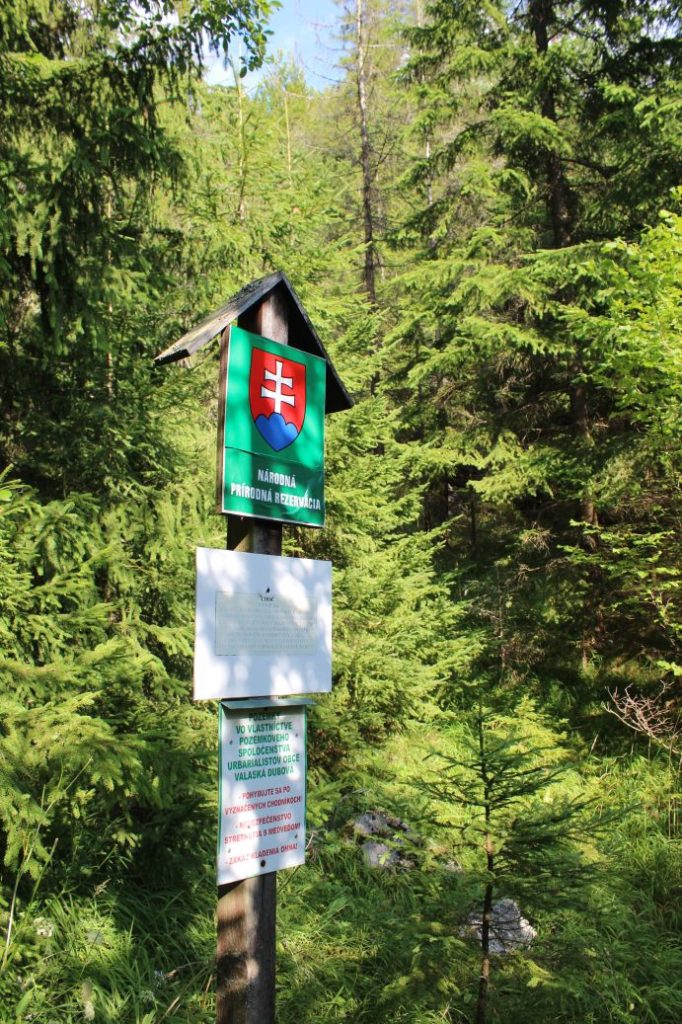 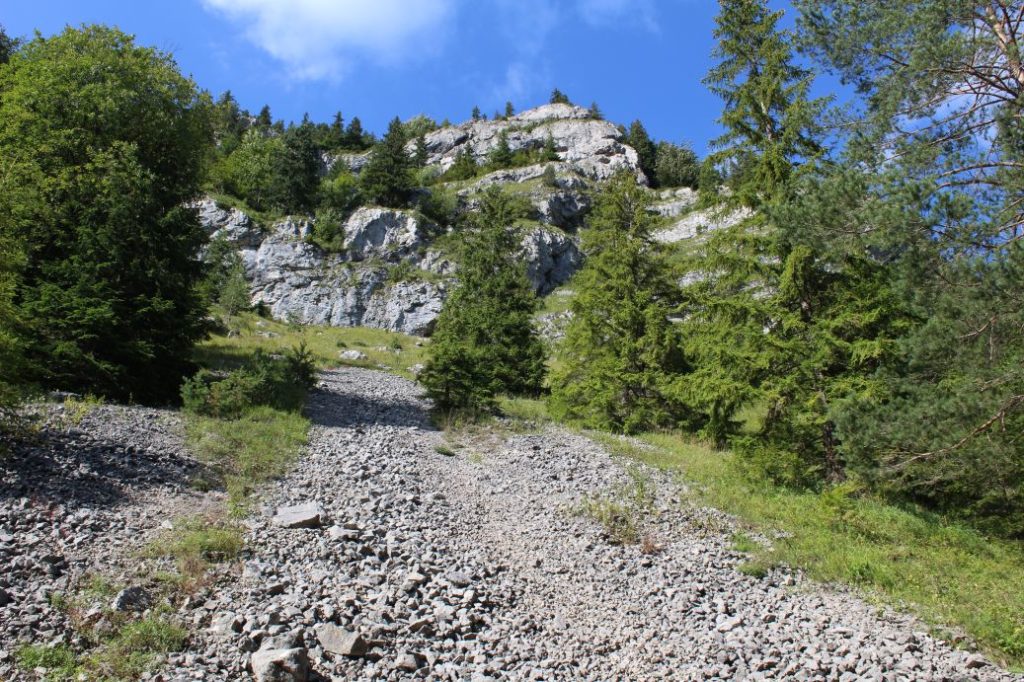 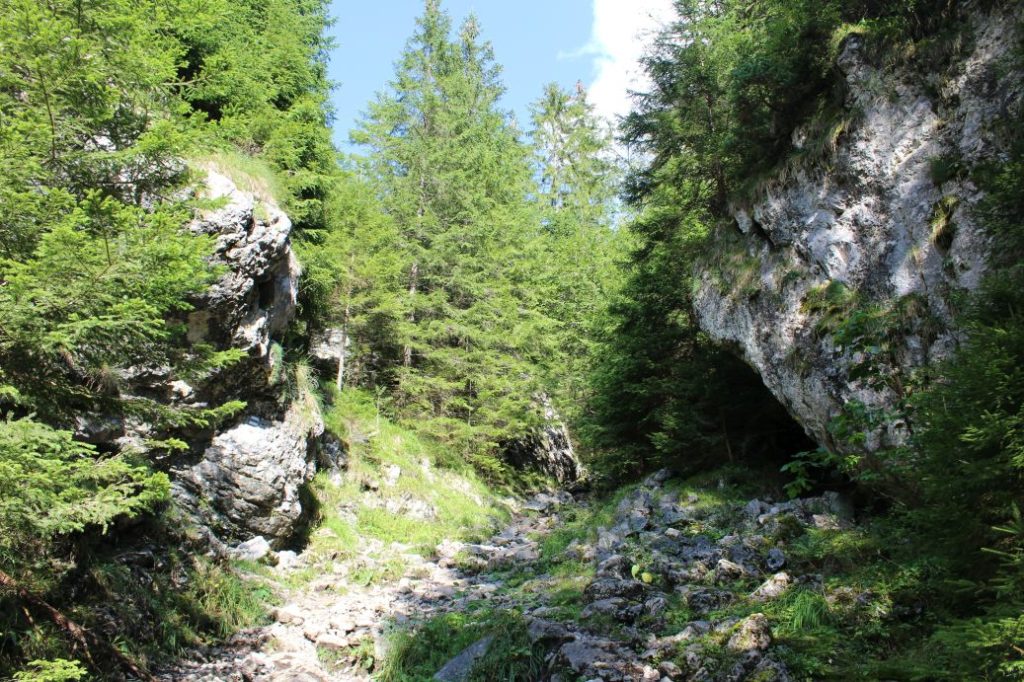 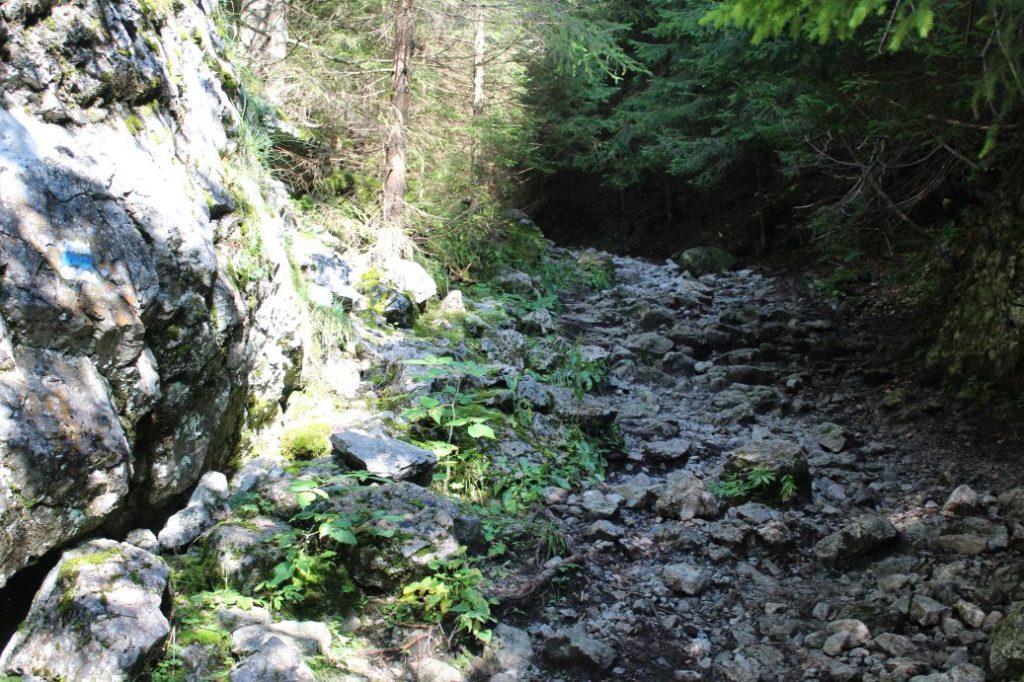 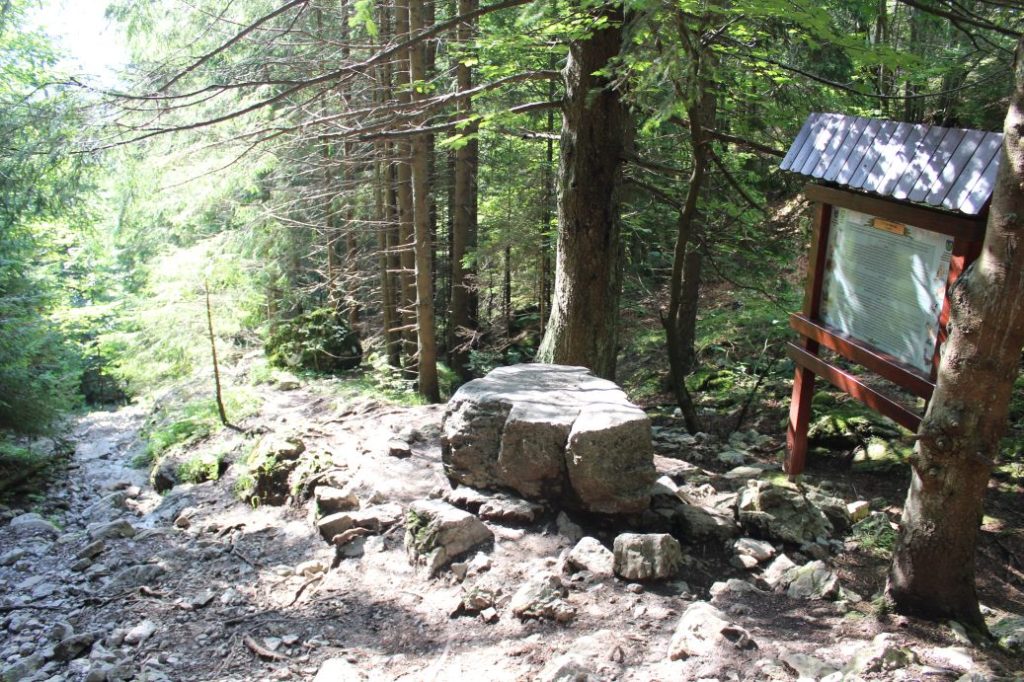 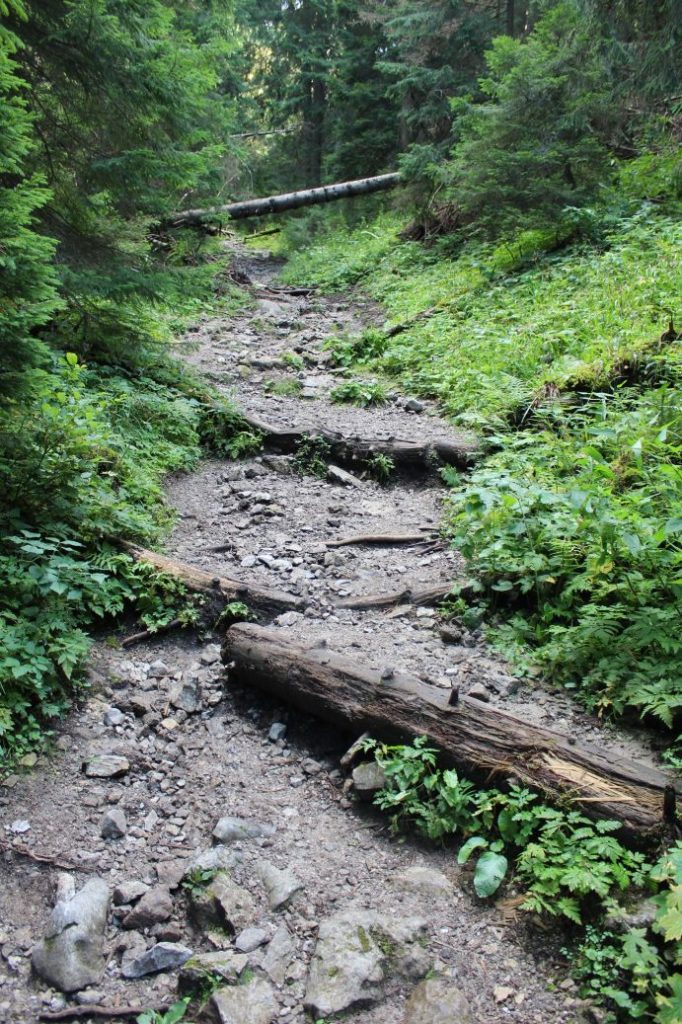 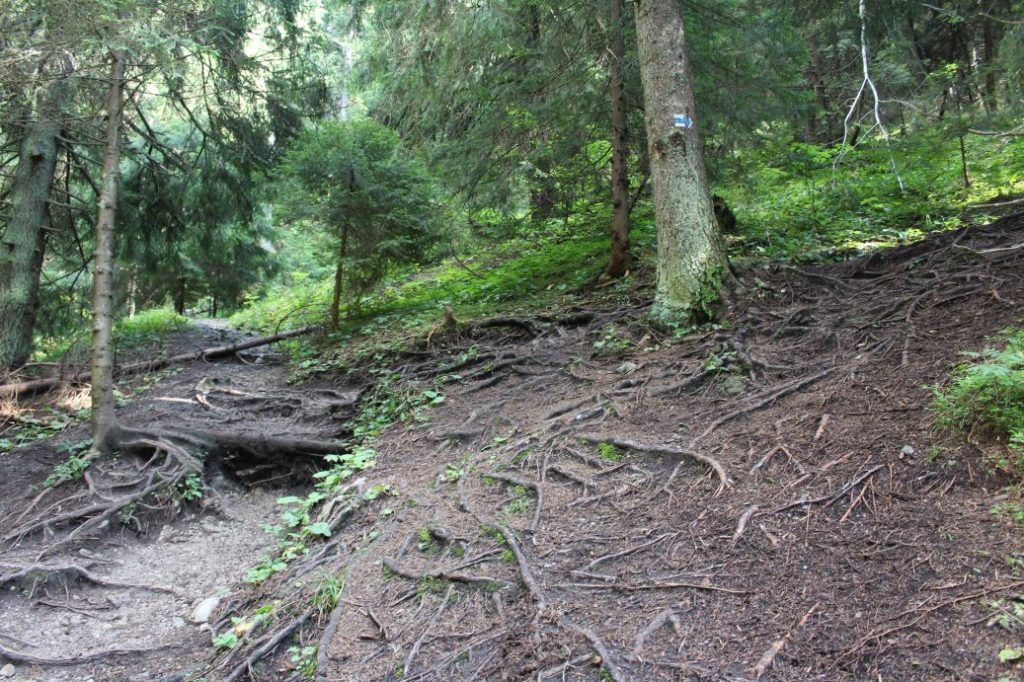 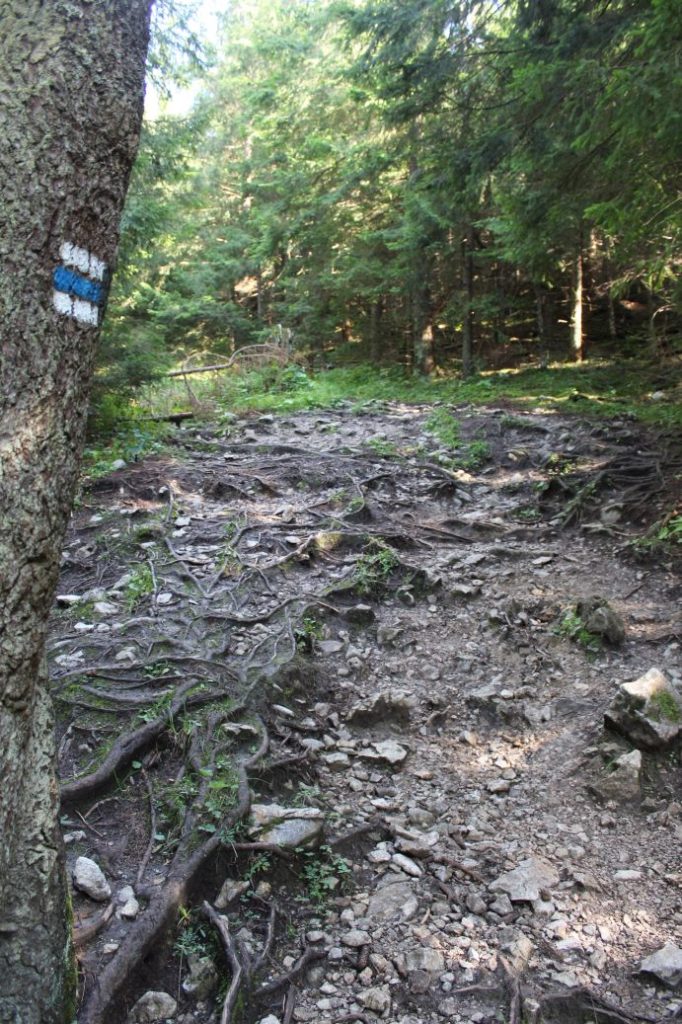 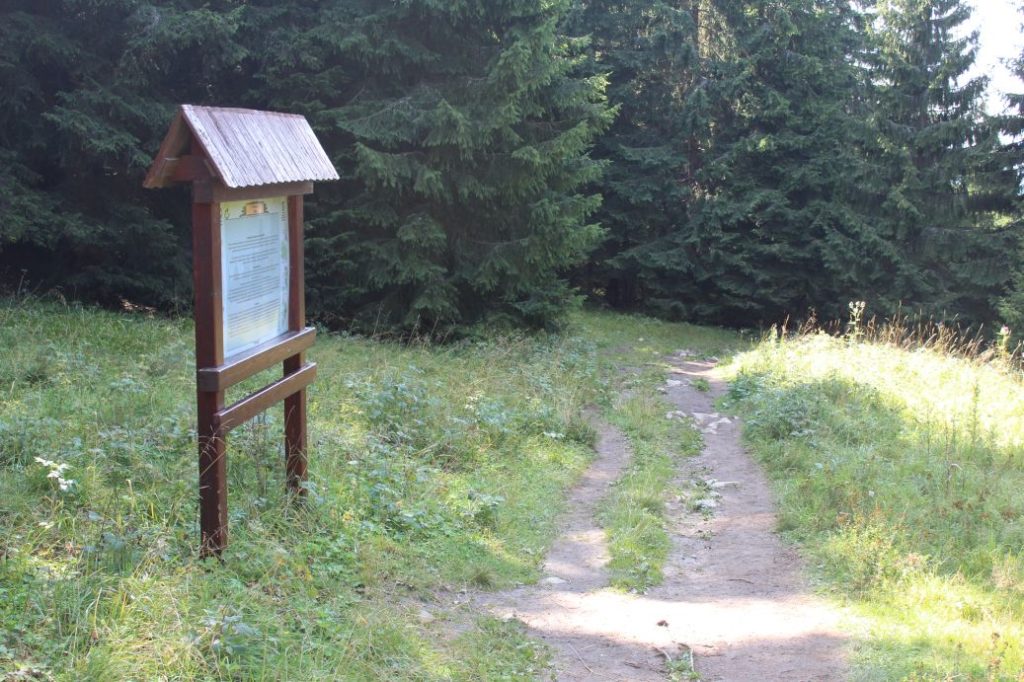 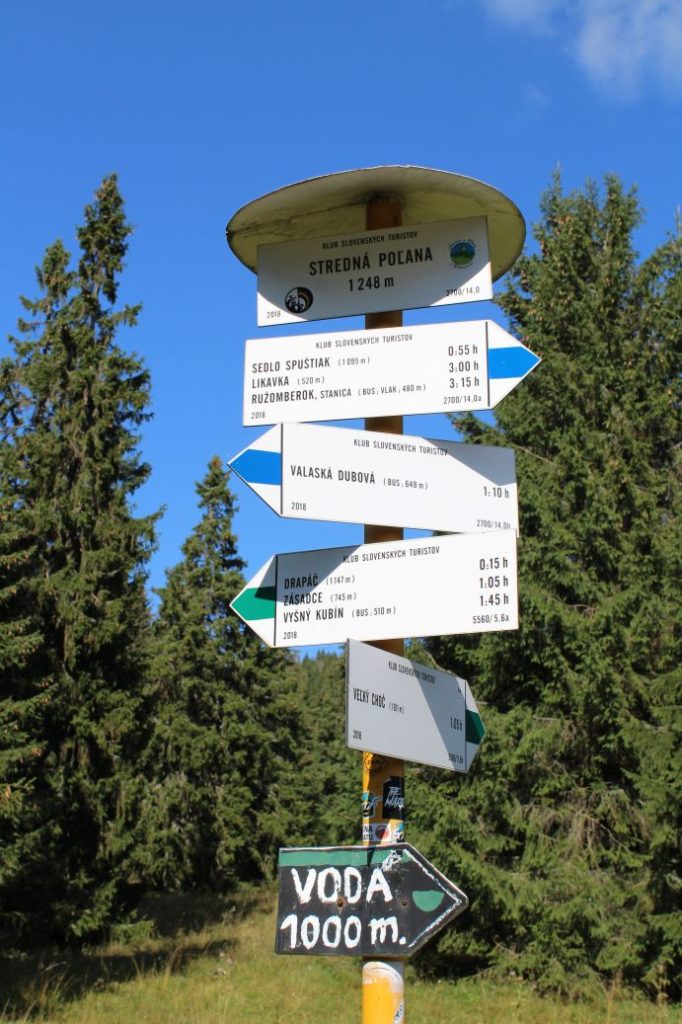 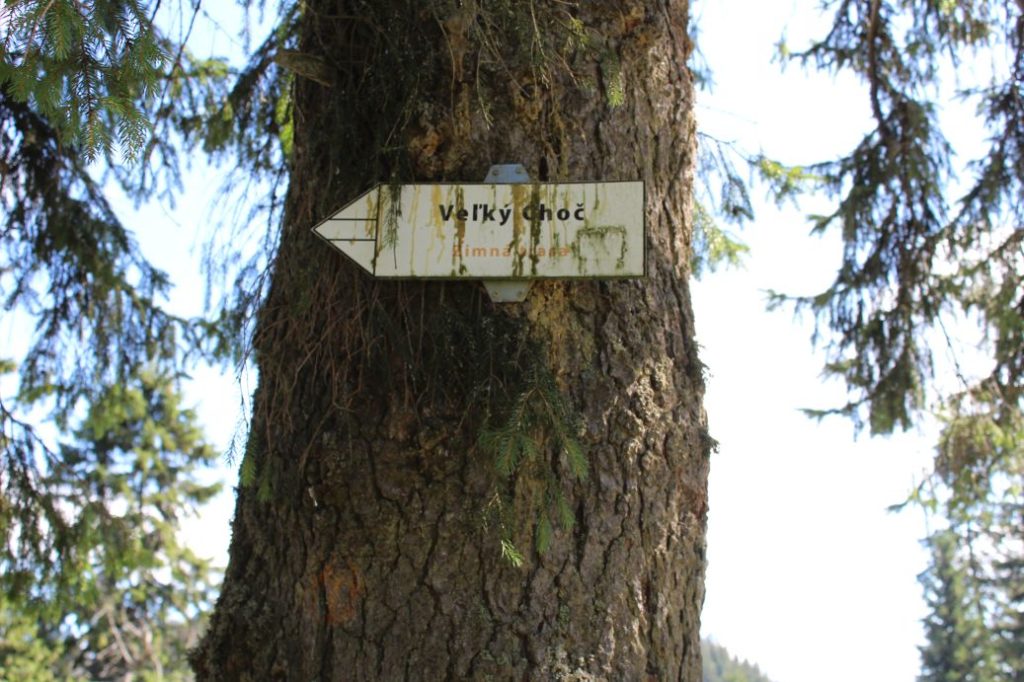