The hiking tour to Ploská is one of the favourite winter routes, especially for ski mountaineers, but also for pedestrian hikers. It is sought after in particular for the gradual nature of the ascent and the views of the surroundings, not only from the top, but from the route as well.

Start and destination: Liptovské Revúce, Vyšná Revúca (bus stop “Lipt.Revúce,Vyšná Revúca,Jednota“)
Route: 12.2 km (in total, there and back)
Estimated time: 5 hours (in total, ascent and descent)
Marking: yellow, back along the same route.
Vertical distance: 827 m
Difficulty level: Medium difficulty route. Depending on the weather and snow conditions, it can change to a high difficulty level. There is a steeper section at the beginning, then the ascent continuous smoothly all the way to the top. There is often a large amount of snow on the route, and in the event of higher temperatures, sinking into the snow makes movement more difficult.
Safety: The initial section of the route through the town runs on an asphalt road. The short section from the chapel to the meadows is usually unmaintained and slippery. The initial part of the ascent in the woods runs on a steep sloping road, which is often icy and slippery. After we exit the woods, we are in an open area, where it is often windy. Outside of the small wooded area above the shepherd’s huts, you will find the beginning of the winter pole marking, which makes orientation easier all the way to the top. From the beginning of the pole marking to notch Sedlo Ploskej, there are a few places where we cross a groove with running water, which is often covered under a snow drift and not visible. The shelter at notch Sedlo Ploskej, which serves as a hiding place in the event of bad weather, is usually covered with snow during winter and you cannot get inside. The final section from the notch to the top is often foggy or cloudy. There is often a strong wind as well. We recommend using crampons (climbing irons or shoe chains), or snowshoes on the route. We also recommend using hiking poles. The route is frequented, so the pathway is trodden almost at all times, except in the event of heavy snowfalls.

Route:
We begin the route in Vyšná Revúca, by the hiking signpost located directly by the bus stop. We start walking in the direction back to Ružomberok. At the nearby chapel, we turn to the left, to a small road running by the chapel. After a few metres, the road curves to the left, but we continue straight ahead to a field road, which will lead us to a wooded area, where we will see a panel of an educational trail. From the panel, we continue uphill on a steep sloping road, which leads us through the woods, to a meadow ridge. On the way, we pass by several educational panels, which tell us more about the surroundings. From the ridge, we get views of the surroundings. As we get higher, there will be more and more views. From what we can see along the way, we can mention majestic Čierny Kameň, Ploská itself, Rakytov, Salatín, and many other peaks situated in the Low Tatras and the Great Fatra. We are passing through alternating sections of meadows and woods / groves, all the way to a sheep farm in the area of Magury, where we may notice two shepherd’s huts. Above the sheep farm, we continue slightly to the left. Outside of the small wooded area, we will see winter pole marking, which will guide us all the way to the peak of Ploská. We pass through the meadows below Čierny Kameň, where an information panel reminds us that we are in the Great Fatra National Park and it lists all the things which are forbidden here (especially in summer). We arrive at notch Sedlo Ploskej, in which there is a hiking shelter, which is, however, usually covered with snow during winter. Behind the shelter, there is a signpost, which navigates us to the left, in the direction to peak Ploská. Not far away from the notch, we come to a steeper section, which is not long, and after which the trail becomes milder and leads us mildly uphill to the peak of Ploslá with panoramic views of the surroundings. After soaking up the views, we use the same route to return to where we began.

Notes:
– At the beginning of the route, there is a refreshment establishment and a grocery store.
– Up to notch Sedlo Ploskej, the route runs simultaneously with the educational trail of Čierny Kameň.
– There are educational panels situated by the beginning of the route.
– If the weather gets worse, you should turn around, the conditions may change quickly.
– In good conditions, this winter route is suitable for children as well.
– There is a grave (a memorial) at the top of Ploská.
– In the vicinity of the beginning of the route, there is an easily accessible waterfall situated by the road to notch Veľký Šturec.
– In Liptovské Revúce, you will find plenty of accommodation options.
– In Liptovské Revúce, there is a bird garden of Miroslav Saniga.
– The pictures in the gallery are from the end of February and December of 2021.

More information about the peak is available HERE. 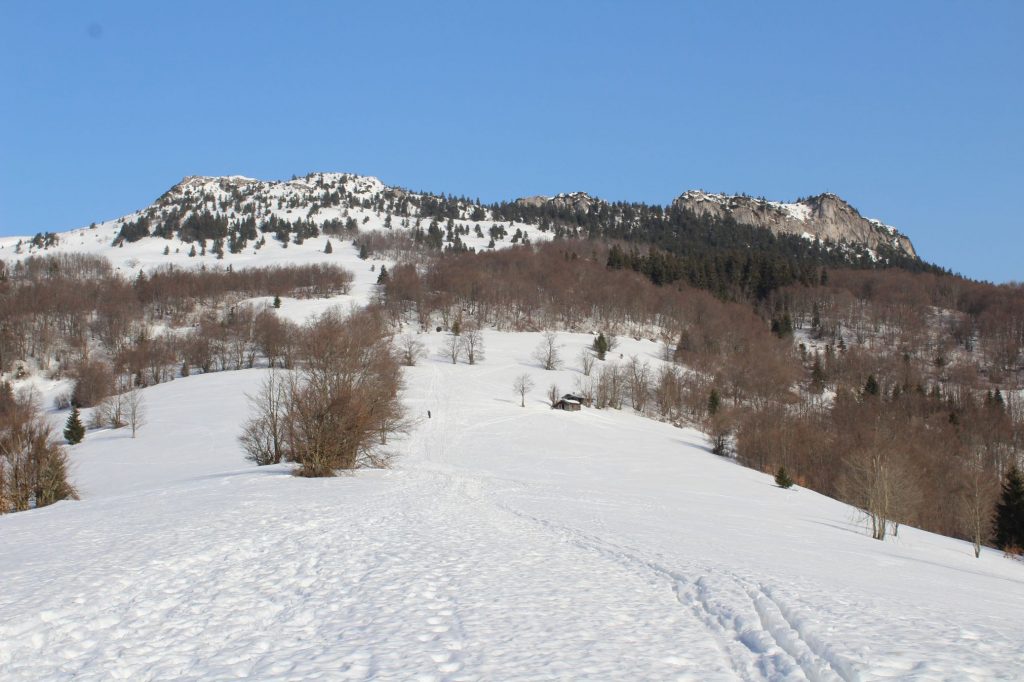 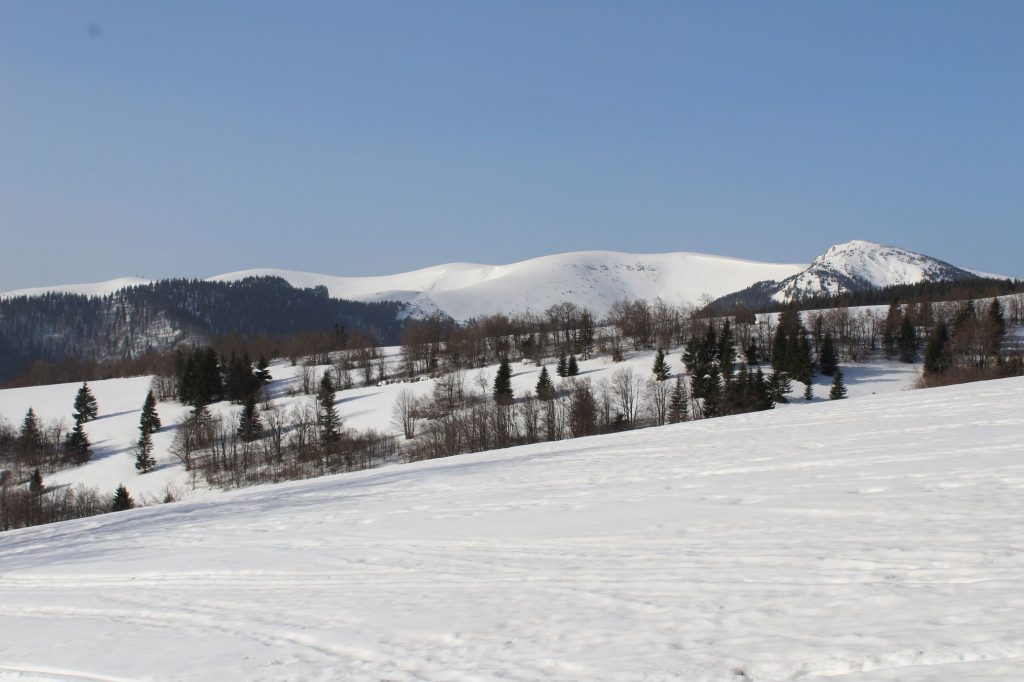 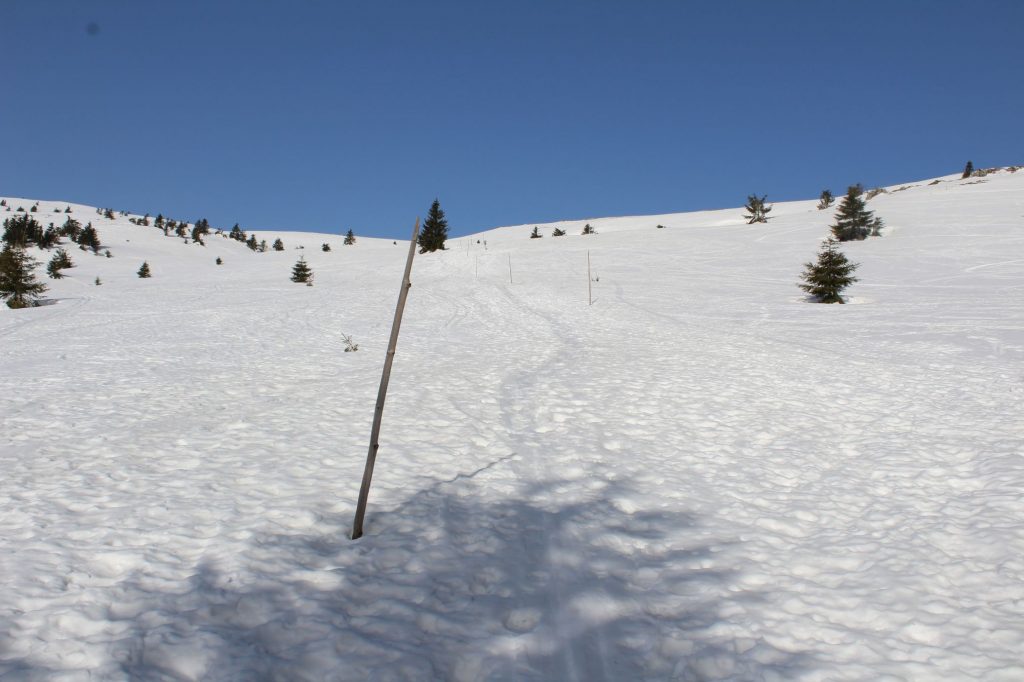 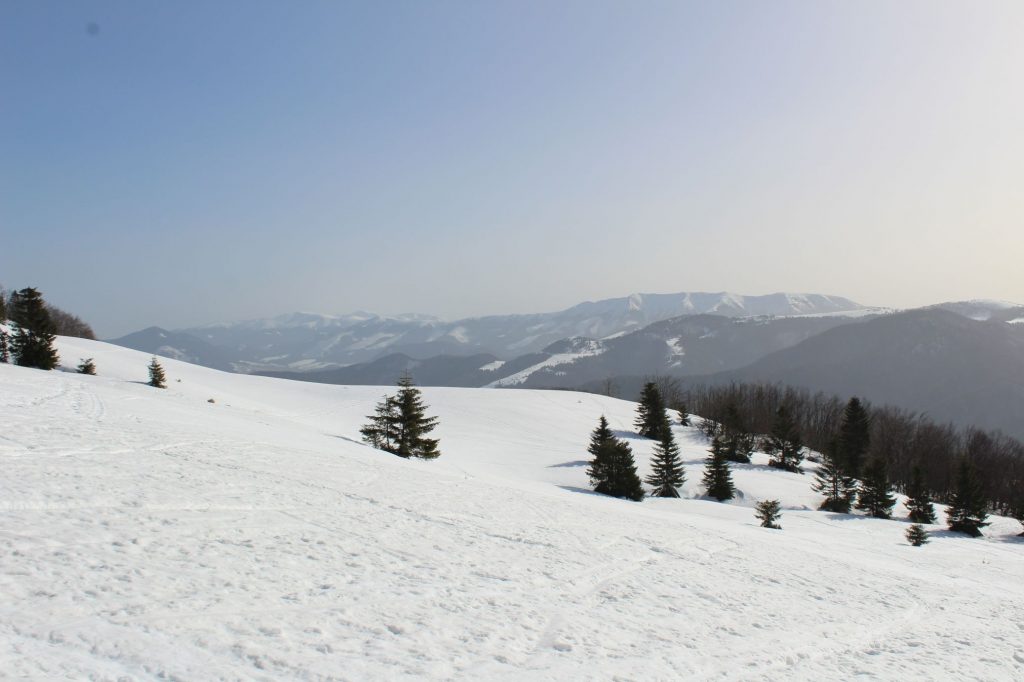 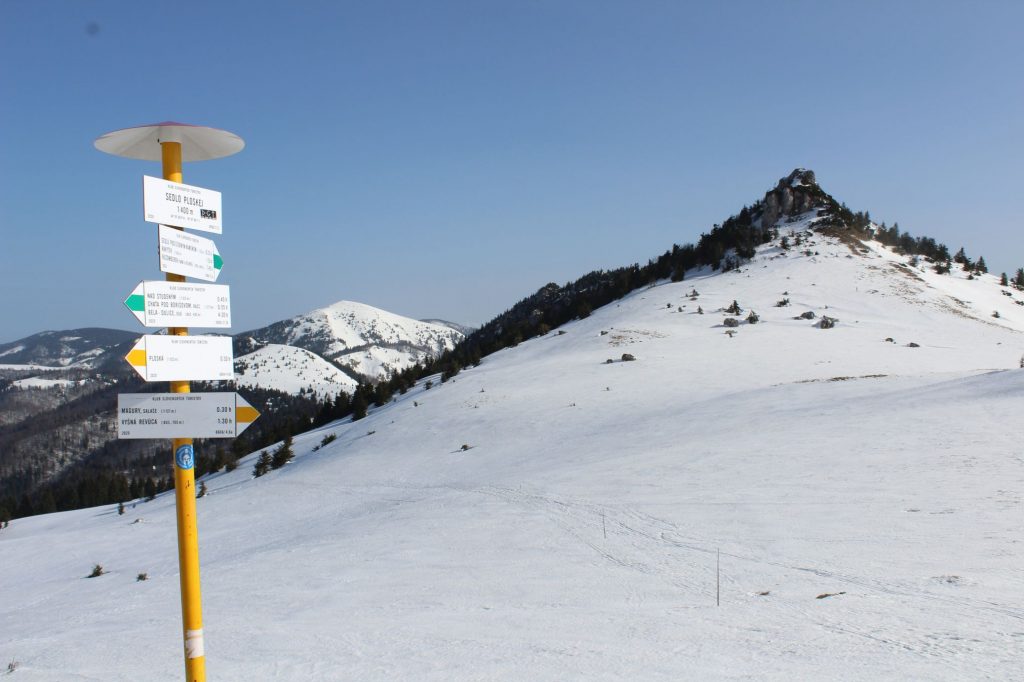 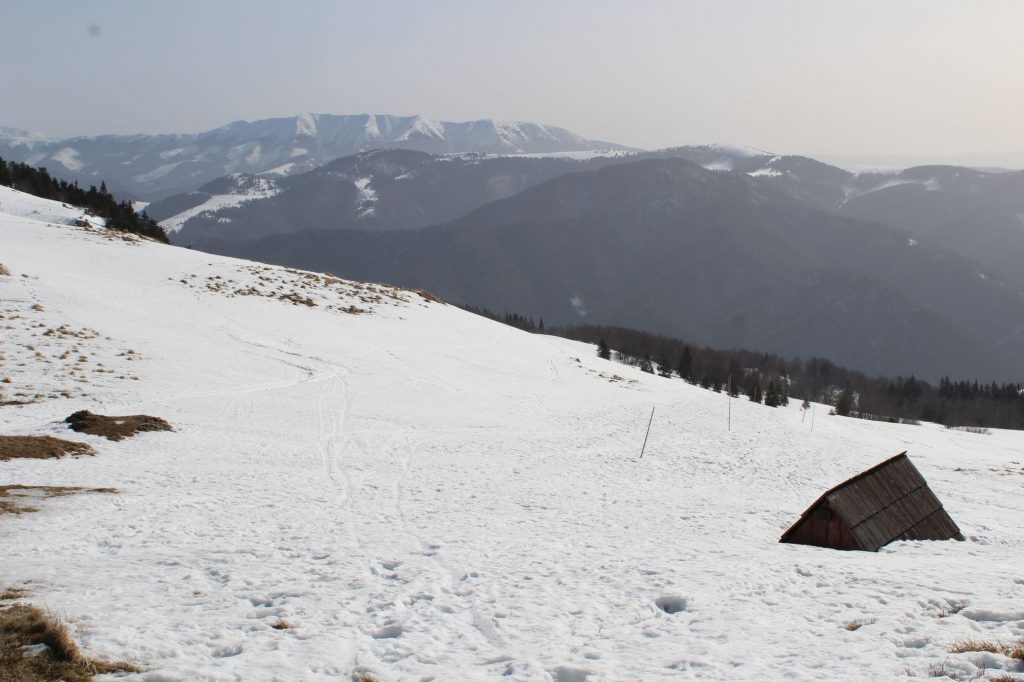 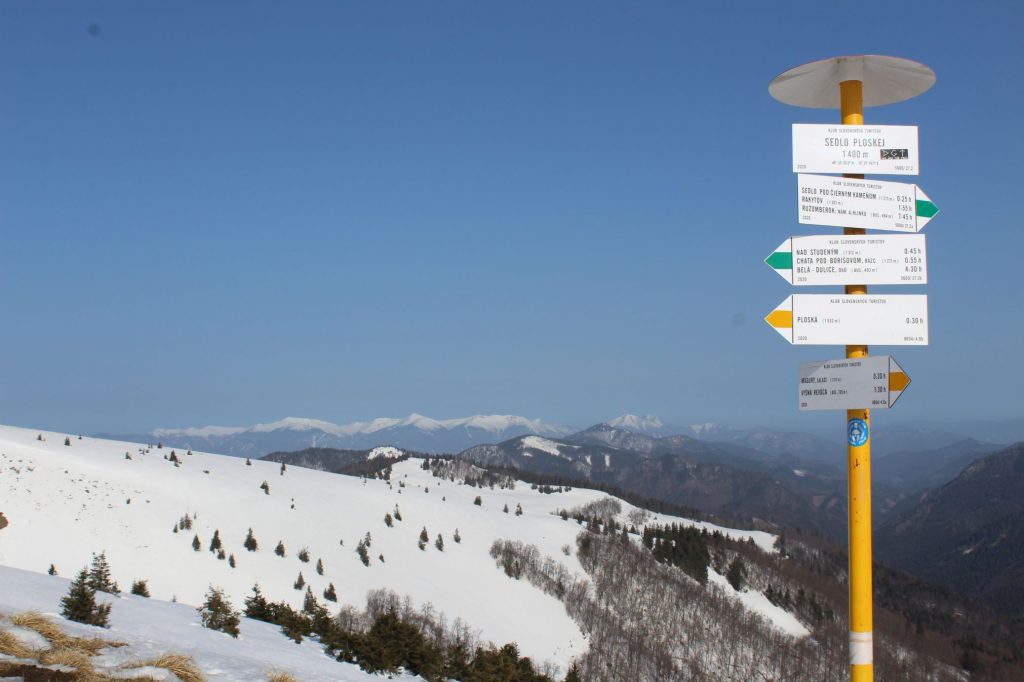 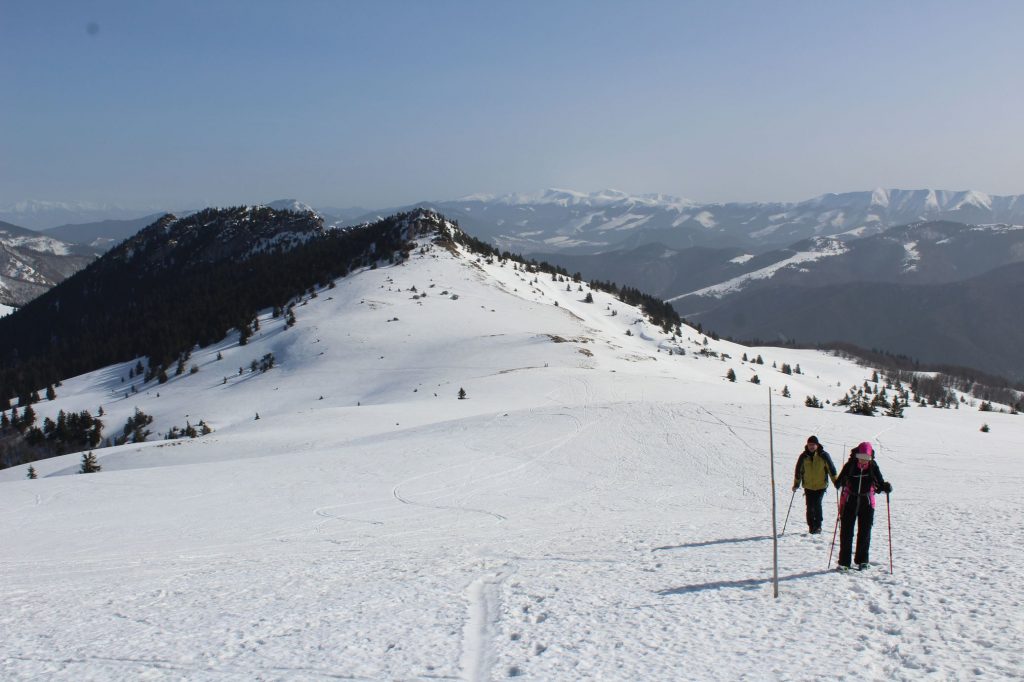 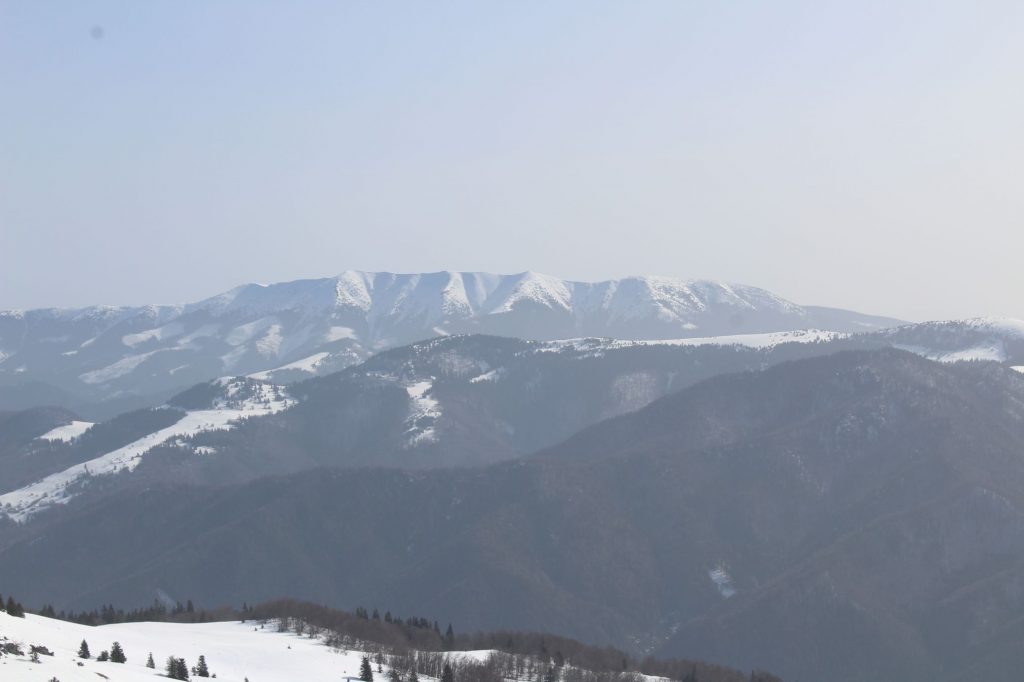 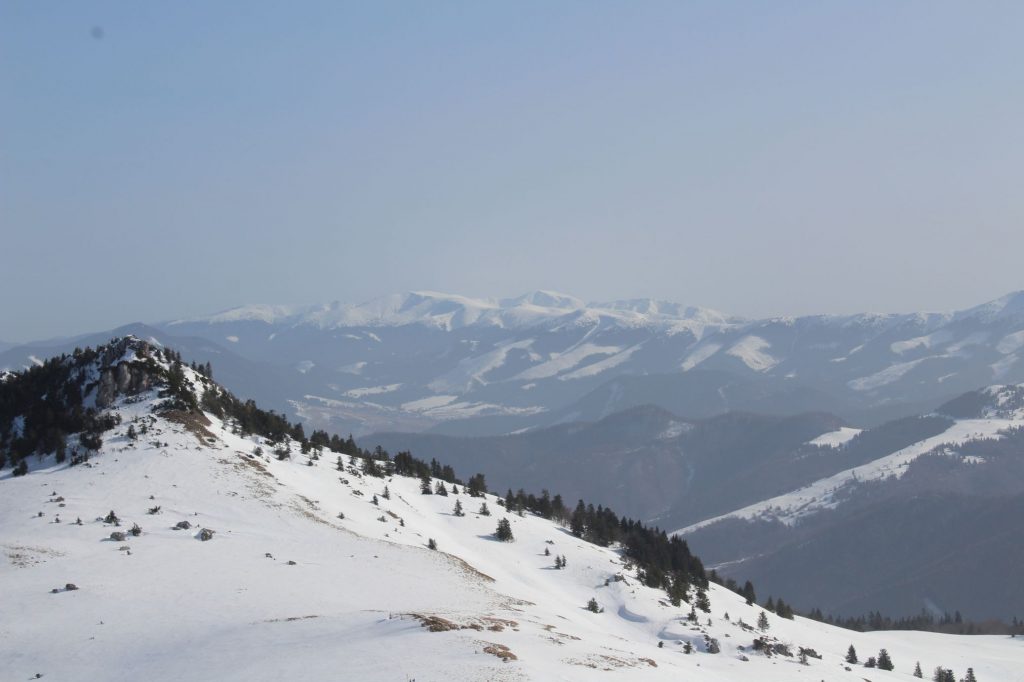 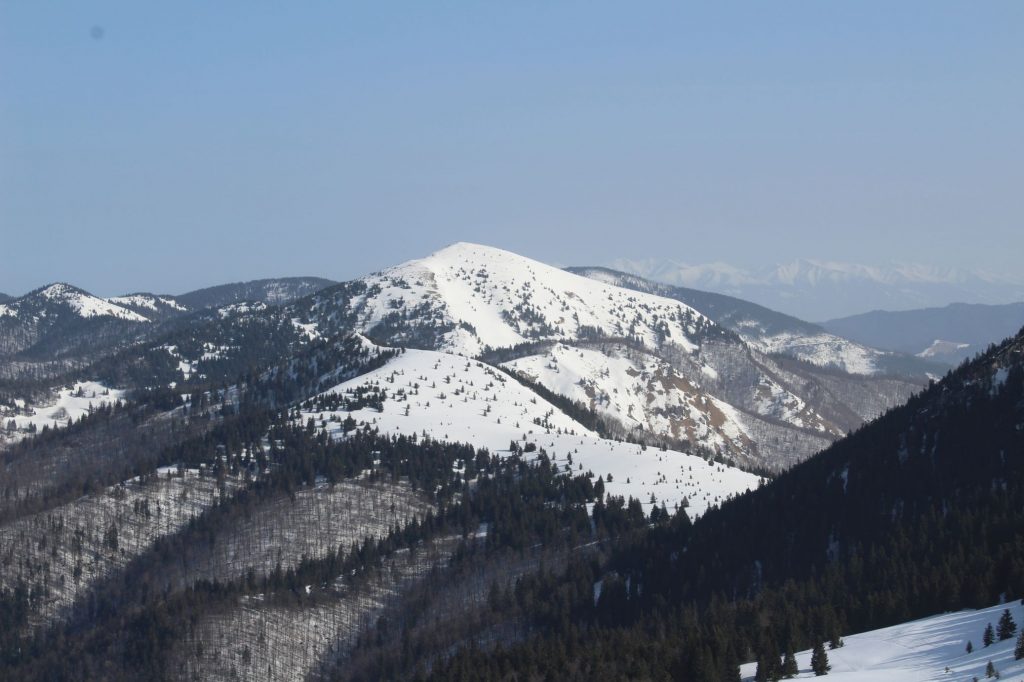 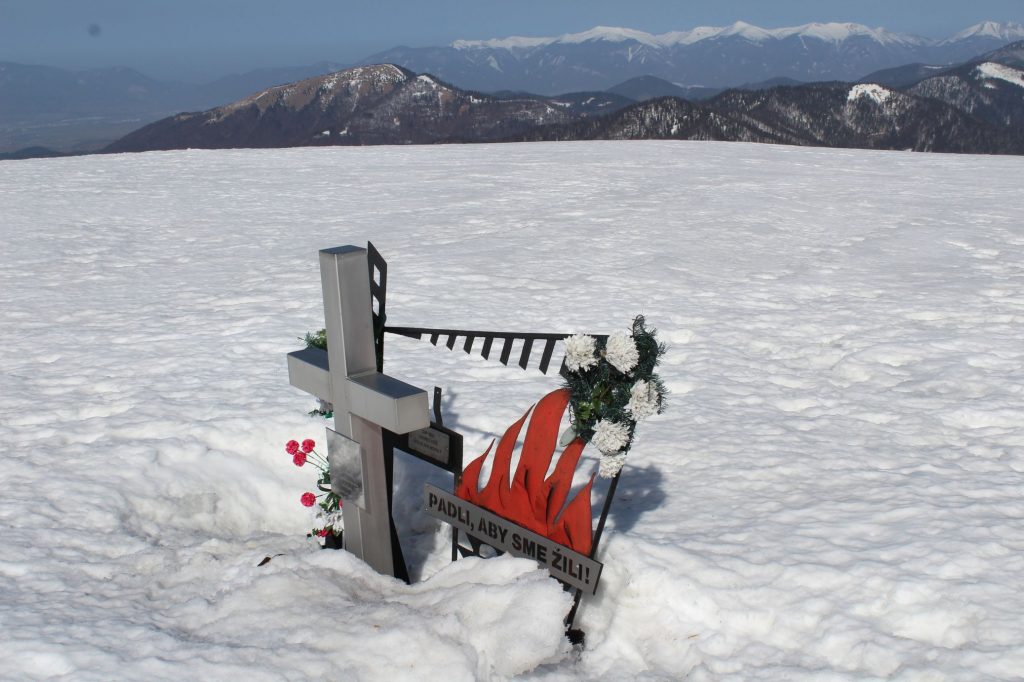 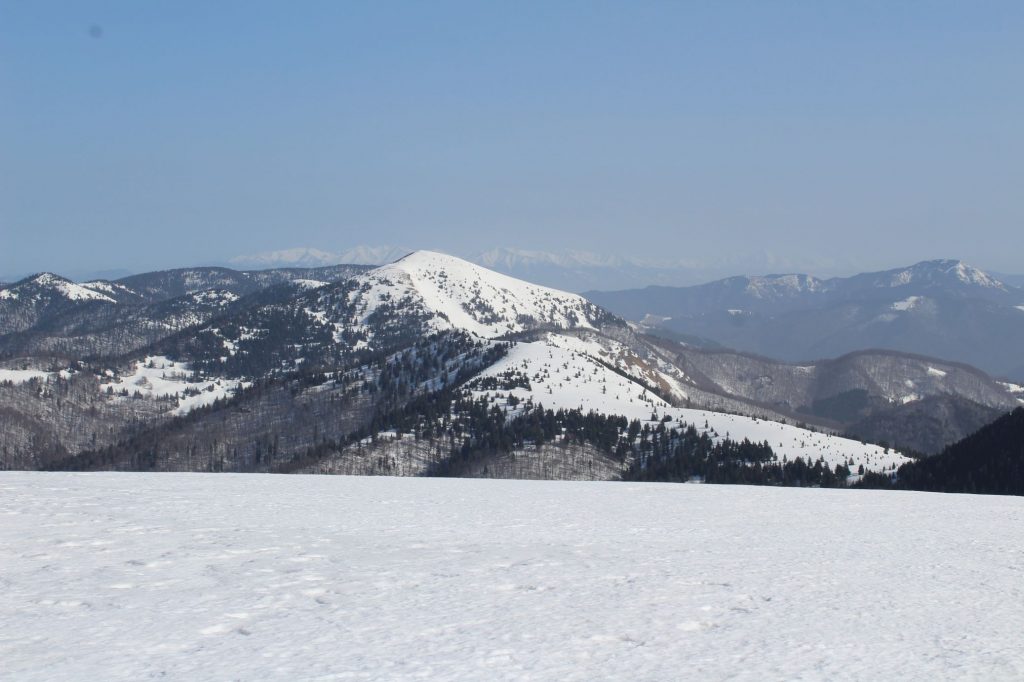 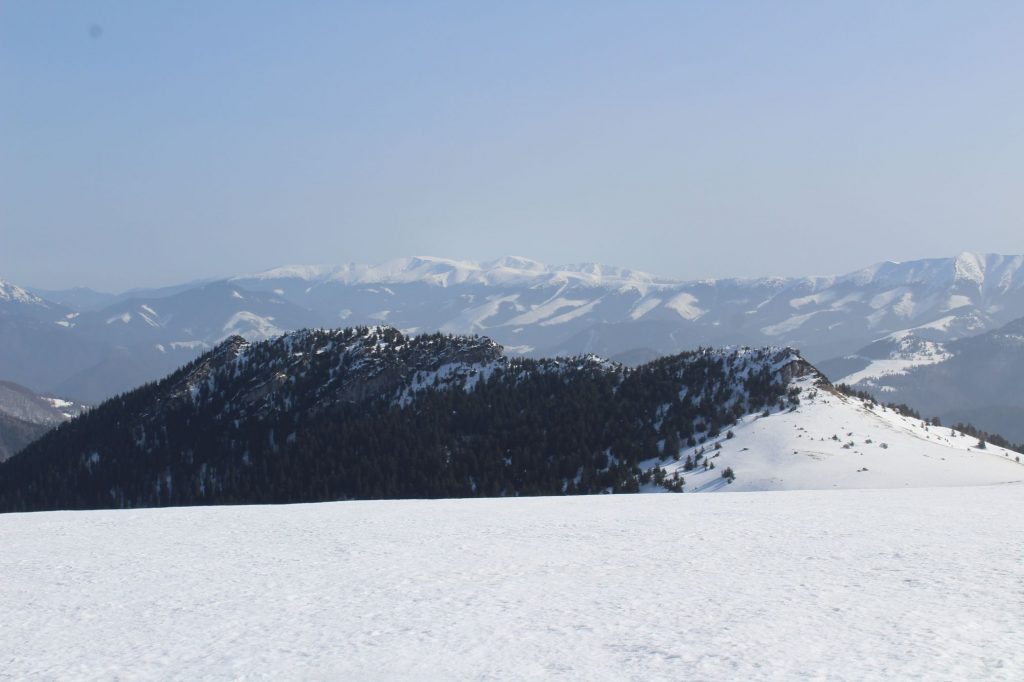 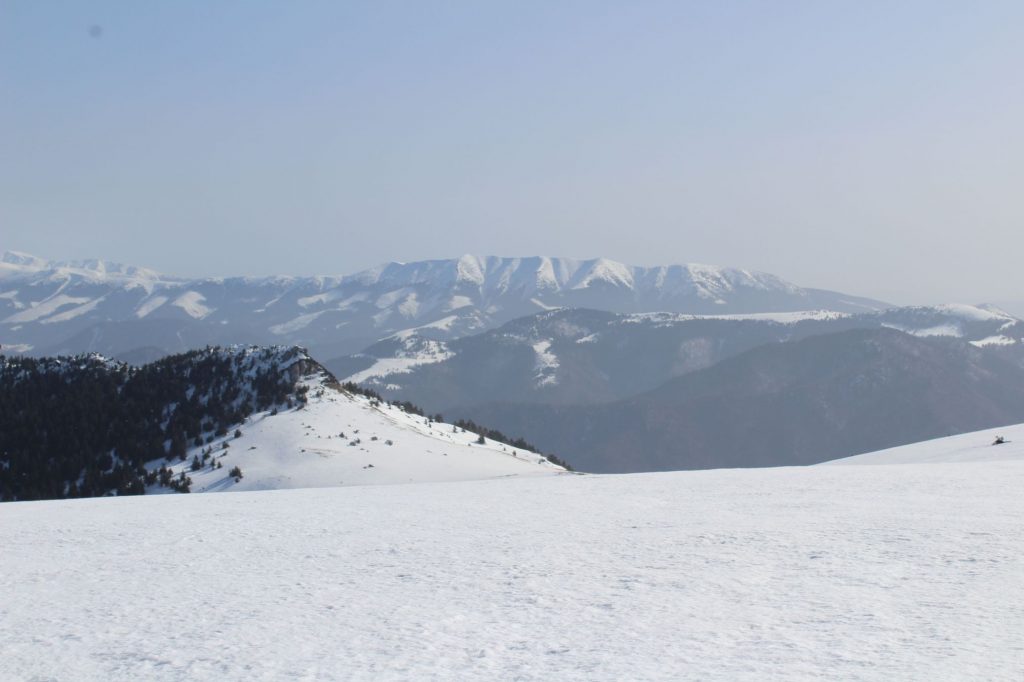 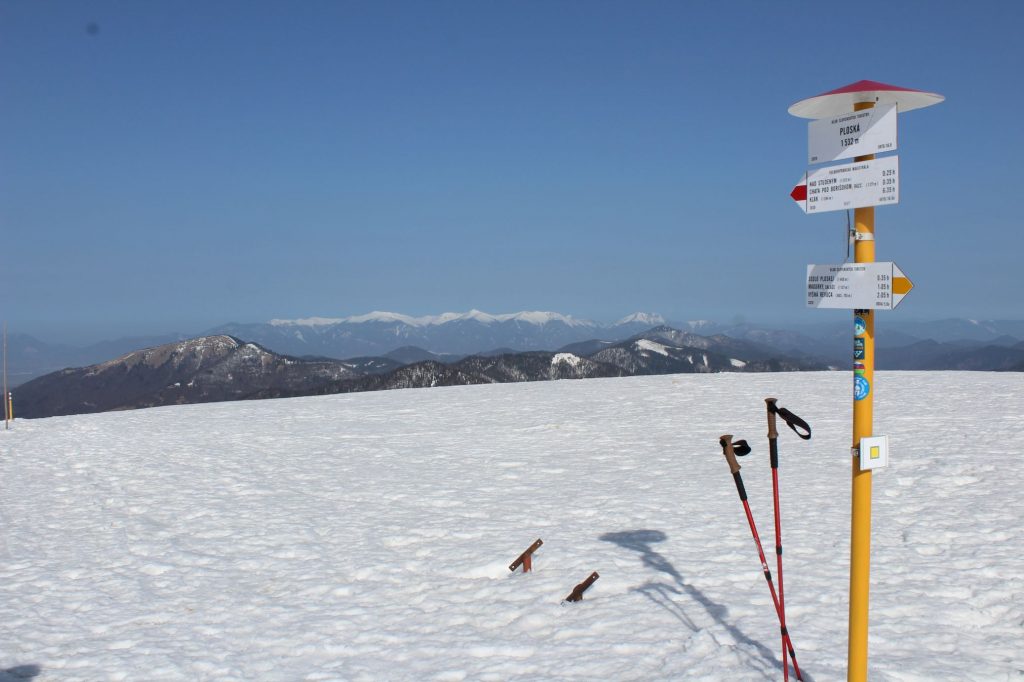 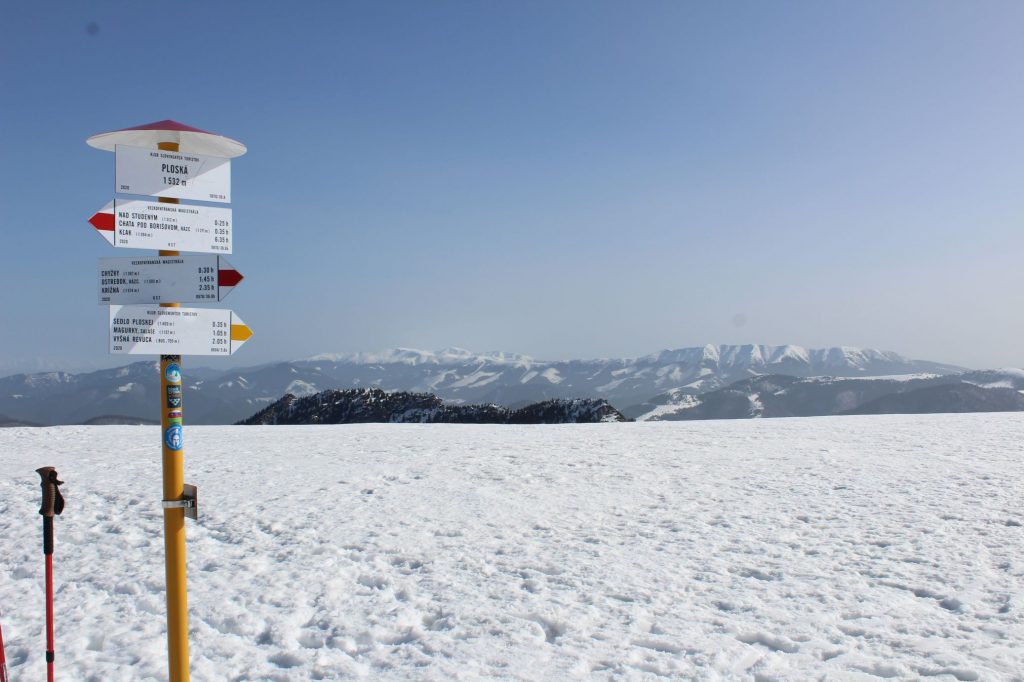 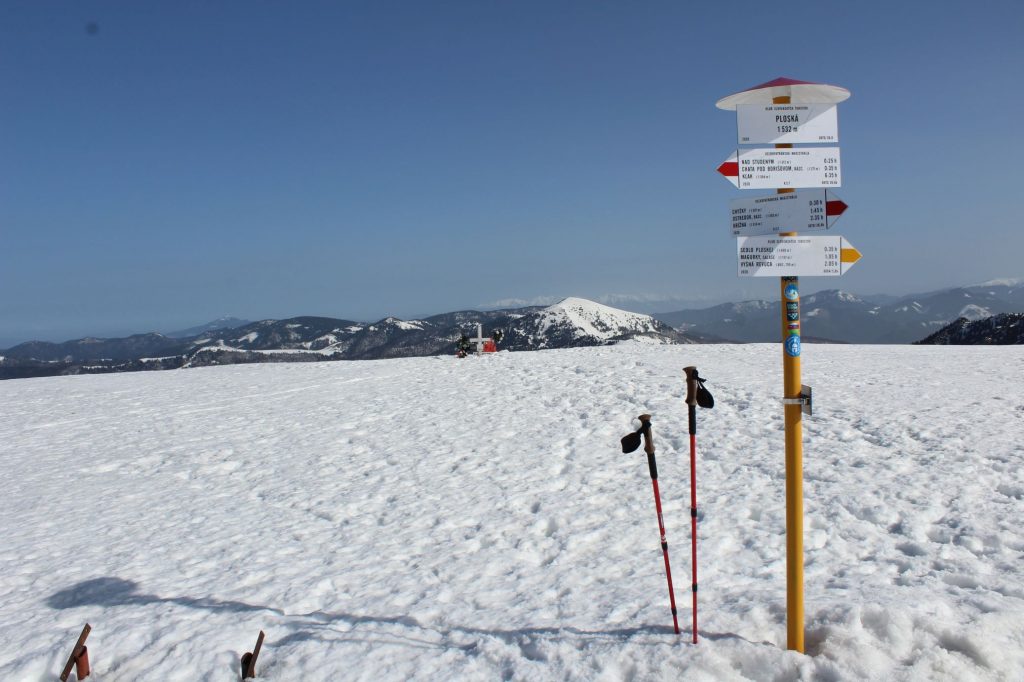 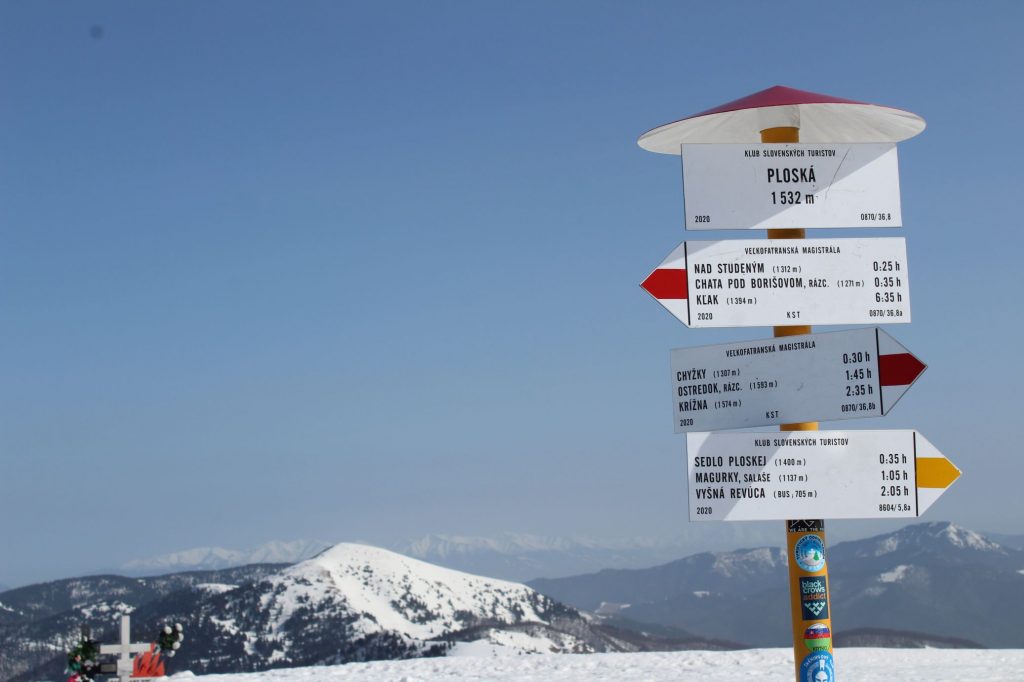 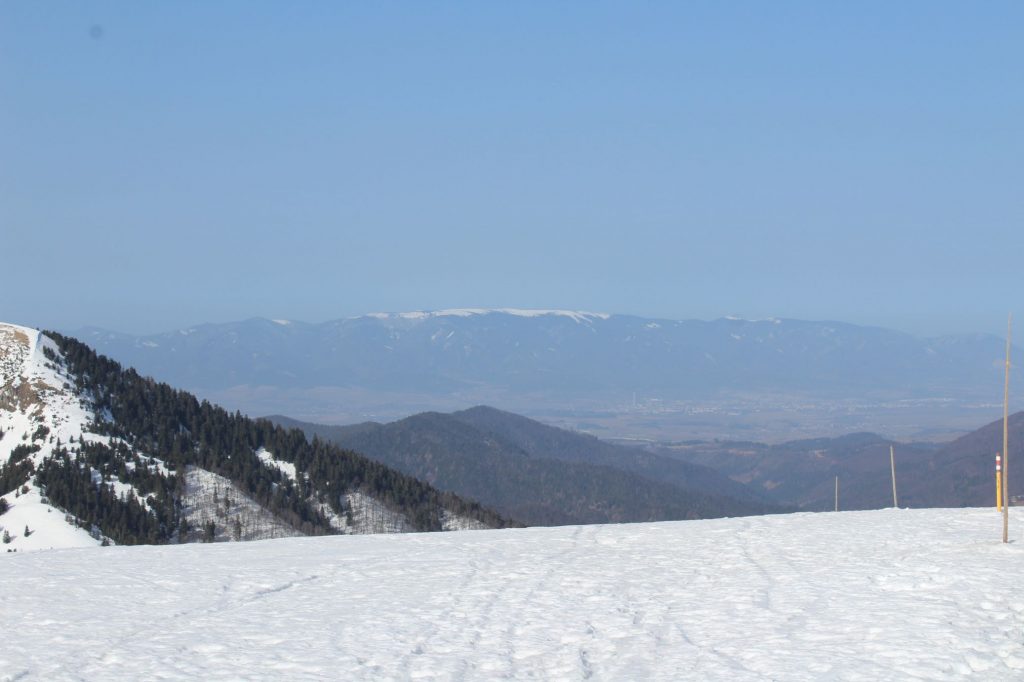 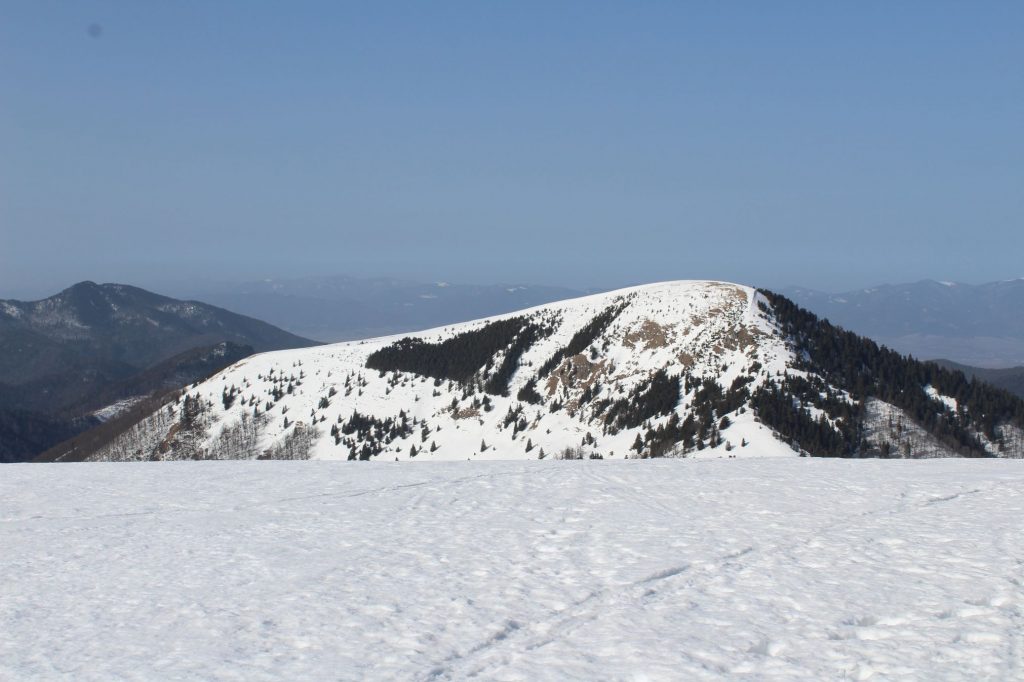 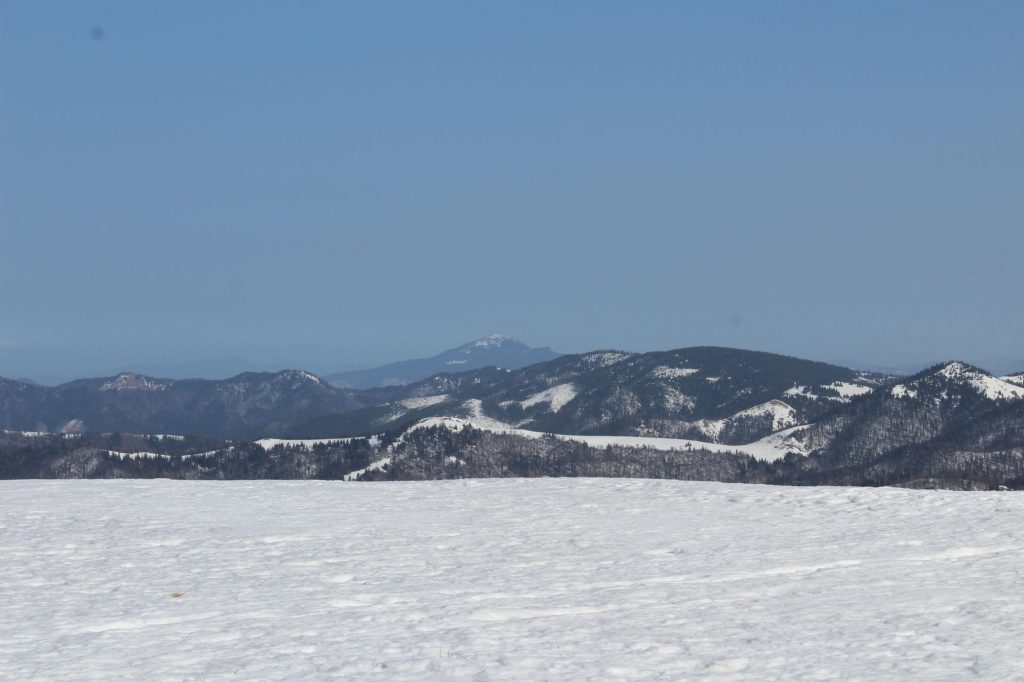 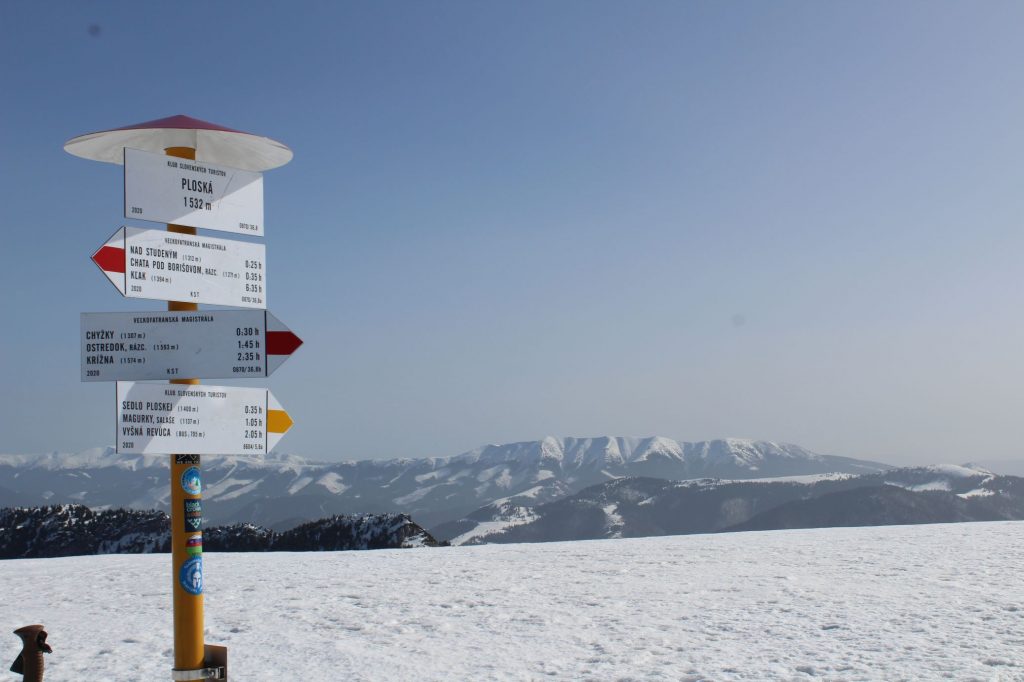 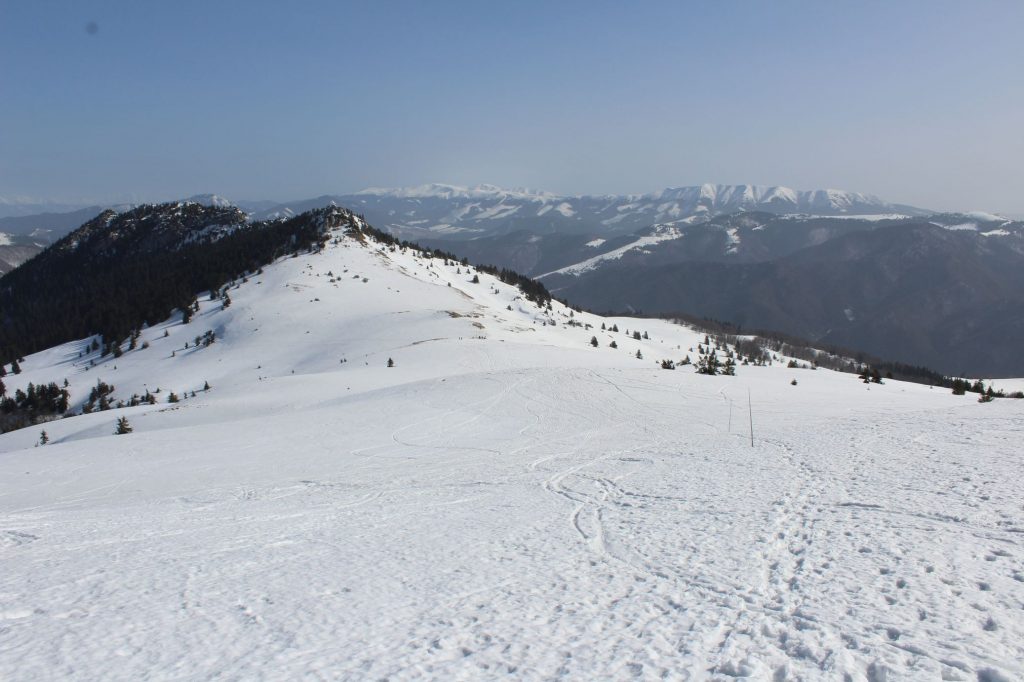