Route description:
The route begins in notch Hiadeľské Sedlo, where it enters a wooded area and continues uphill on a gravel-covered wood path. On a clearing where the vegetation is slowly growing back, at the place where the path turns to the right, you get views of Ľubietovský Vepor and Poľana. After a few metres of going uphill, there is a wooden direction sign on a tree, which reads H2O. The sign is pointing you in the direction of a spring located about 100 metres away, if you are interested. A few metres father uphill, there is a standard mark for a spring painted on a tree, but the path running into the woods from this place does not lead to the spring. The wood path exits the wooded area onto blueberry “plantations”, alternating with areas of mountain bushes. At this place, the winter route leaves the trail and continues directly up the hill next to the zone of mountain bushes. The ascent becomes a bit milder and continues on a path with gravel surface, revealing views of the Staré Hory Mountains and the Kremnica Mountains. In the steeper section, the path is cut into the terrain, creating a groove, with a makeshift staircase created at one place for easier passing. The views gradually reveal the ridge of the Low Tatras, the Vepor Mountains, Poľana, and other less distinct mountains in the distance. In the upper section of the blueberry meadows, the winter route with pole marking joins the trail again. The trail enters the zone of mountain bushes, which occasionally reveals new views. The views of the Staré Hory Mountains and the Great Fatra are more and more impressive. The peak of Prašivá is situated a few metres to the right of the trail and there is a wooden pole with a plate located at the peak. The peak offers more views of the surroundings. From this place, you can also see peak Kriváň in the High Tatras or the peaks of the West Tatras. The route continues further through the zone of mountain bushes and after a mild downhill section, it enters mountain meadows covered with blueberry and cranberry bushes. The ascent to Malá Chochoľa visually seems like a long section, but the looks are deceptive and after a few minutes you will reach the peak, which is by-passed by the marked trail a few metres below the peak. The panoramic views also reveal the Small Fatra in the distance, which completes the overall views of the route. Passing through small summits, the trail arrives at the highest point of the route, which is the peak of Veľká Chochuľa. Salatín and Great Choč with the Choč Mountains are another clearly visible dominant feature. The view also reveals a new part of the Low Tatra ridge, which was hidden behind the massif of Veľká Chochuľa. Notch Košarisko is the next point to which the route on the ridge leads us. From the peak, which is situated a few metres above the trail, the views are a bit different yet again, some things are new and some have disappeared. Near the peak, situated by the trail, there is a memorial to the victims of an avalanche during the SNU. The open path runs downhill and enters a zone of mountain bushes and coniferous trees. The traversing path passes below the growth-covered ridge of Skalka. After passing by its peak, the route arrives at meadows with alternating sections of mountain bushes and trees. The signpost at the notch informs us that the route has reached the end of the described section, notch Sedlo pod Skalkou. The red hiking trail continues further along the Low Tatra ridge, and below the nearest peak of Veľká Hoľa, located approximately a 20-minute walk away, it leaves the District of Ružomberok.

Safety:
The route runs on moderately demanding terrain with diverse surface. For the most part, the path is made of rocks and gravel. In the steeper sections, there is a risk of slipping, especially on the way down. The route is not suitable for children under the age of 10. We recommend using sturdy footwear and hiking poles. In winter, you need to use climbing irons / crampons. 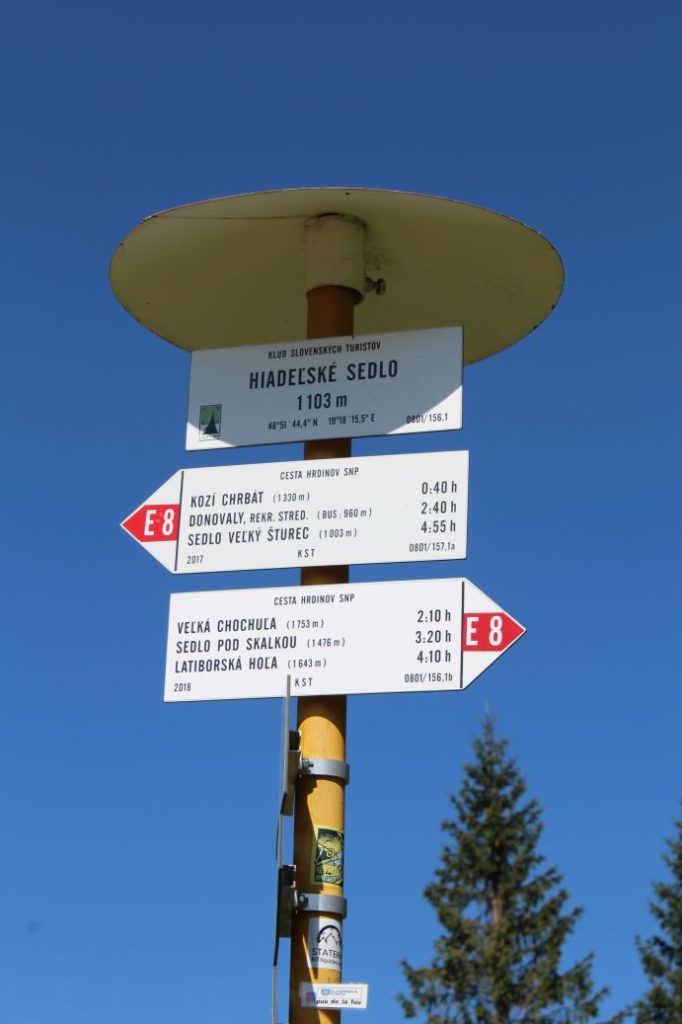 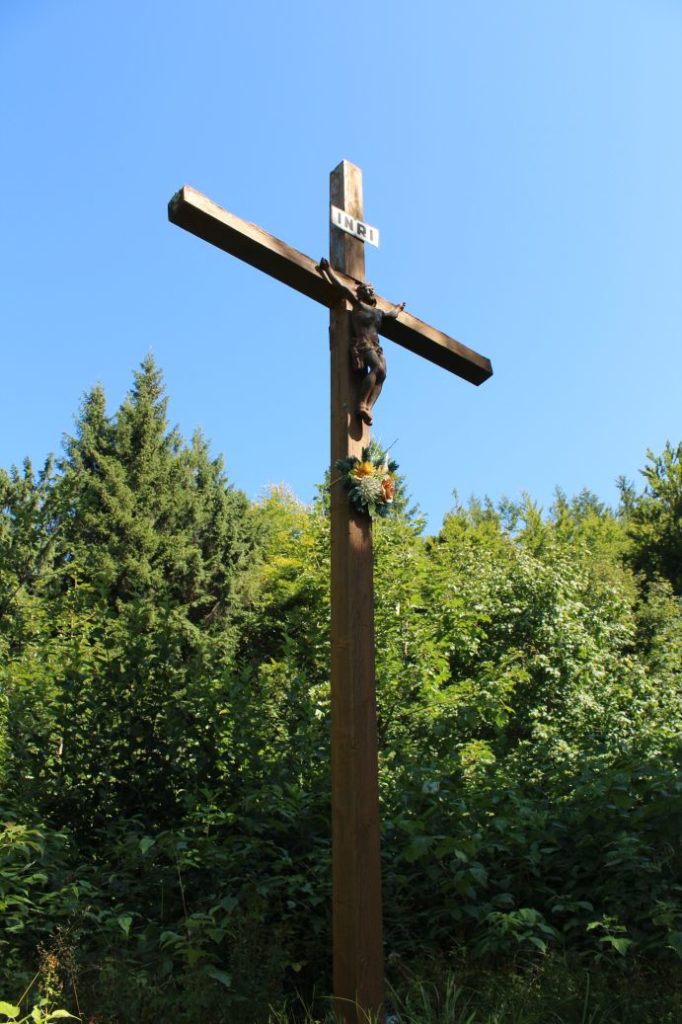 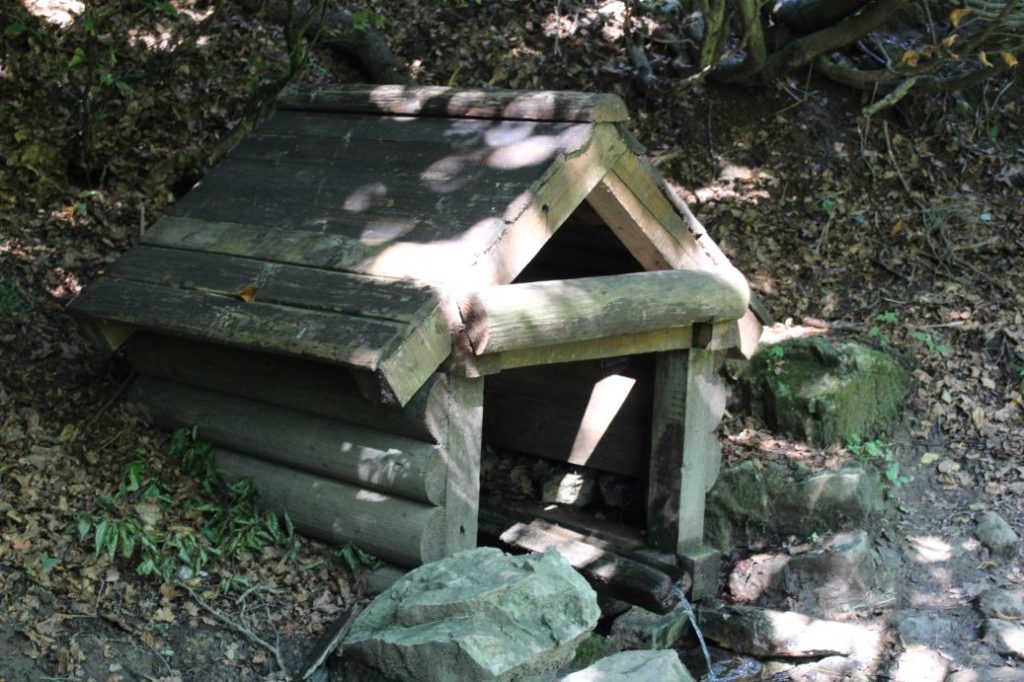 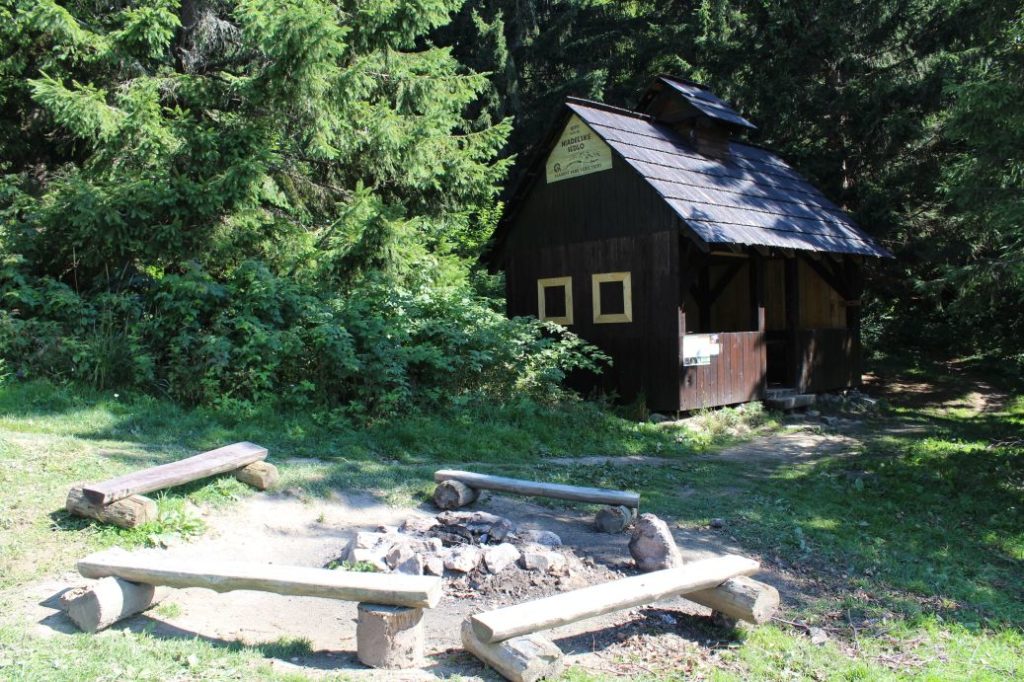 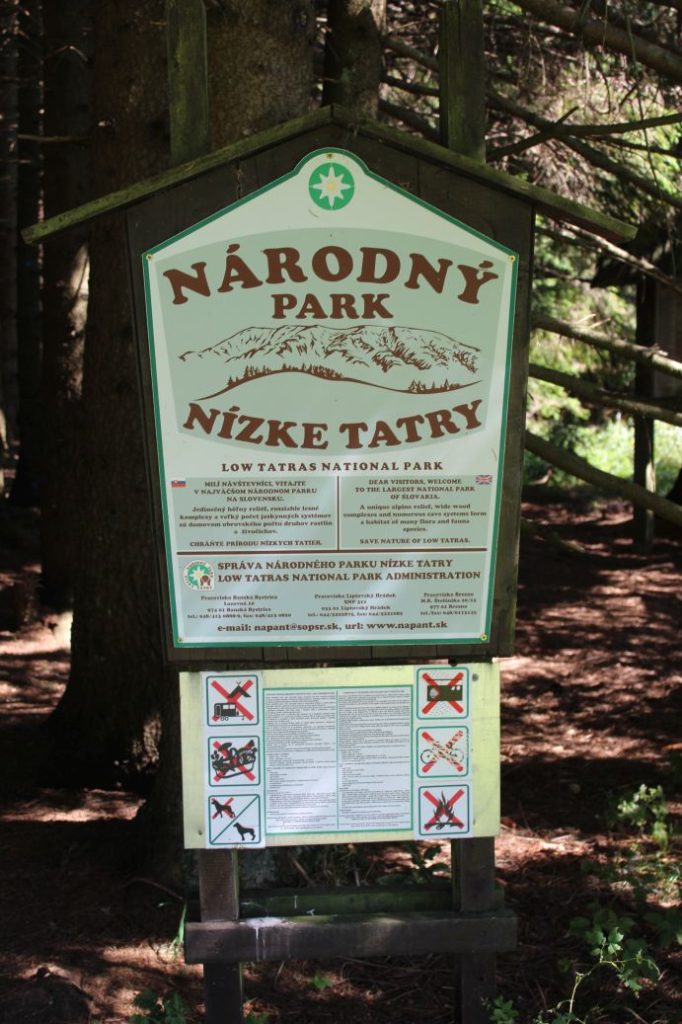 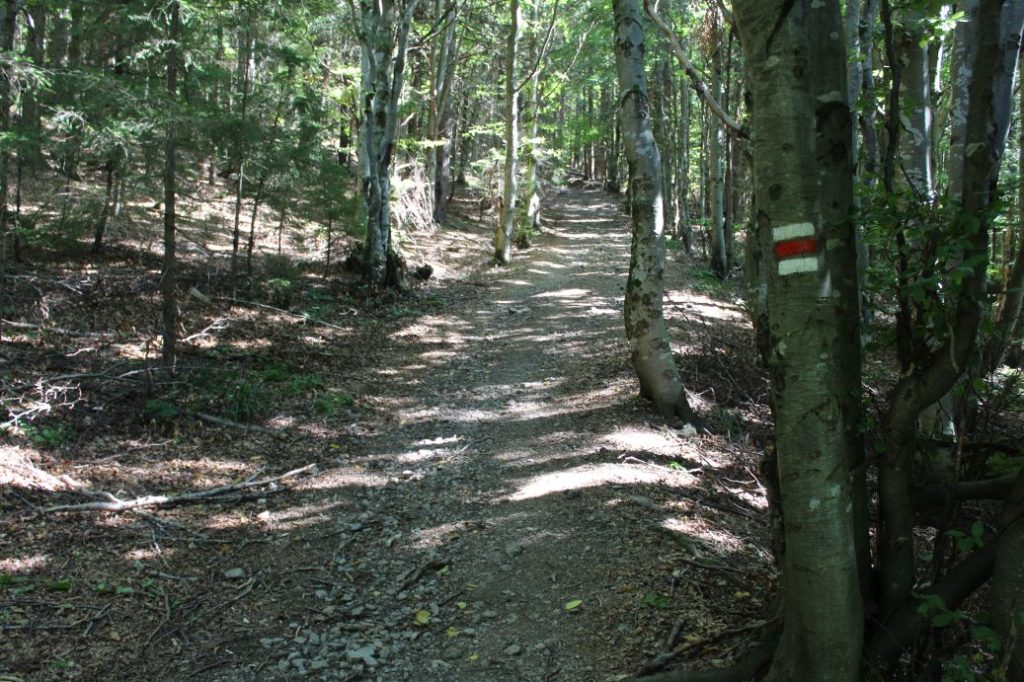 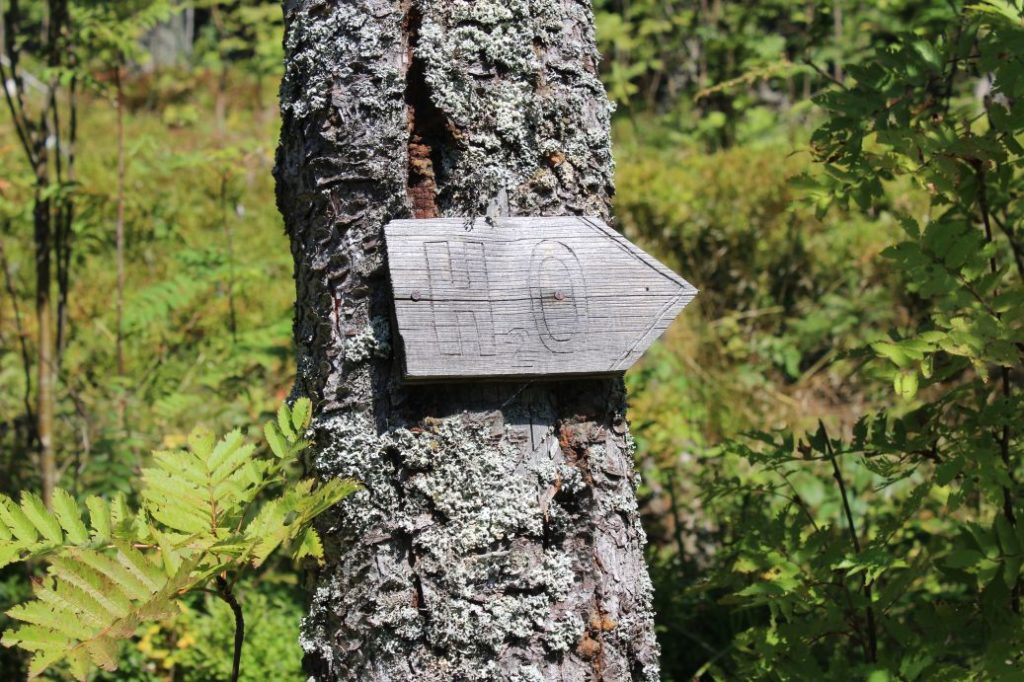 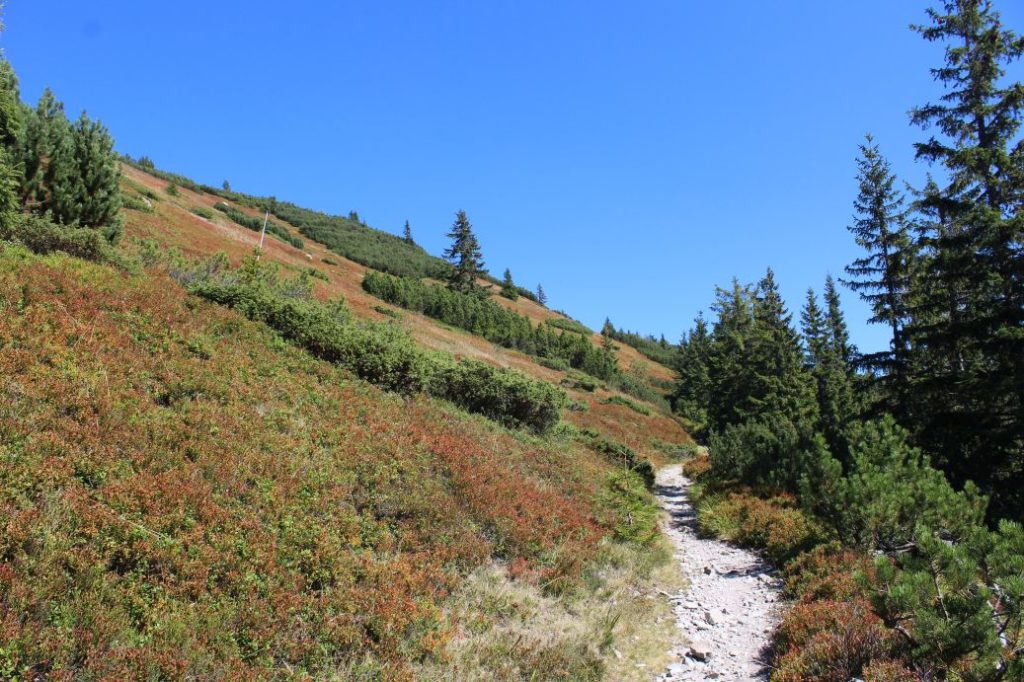 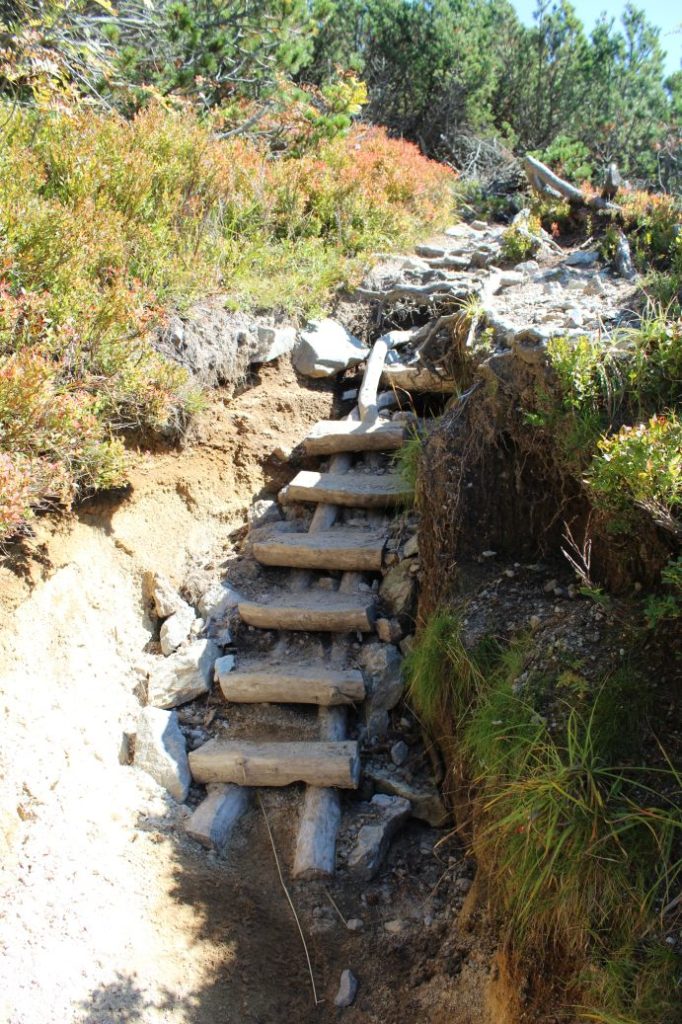 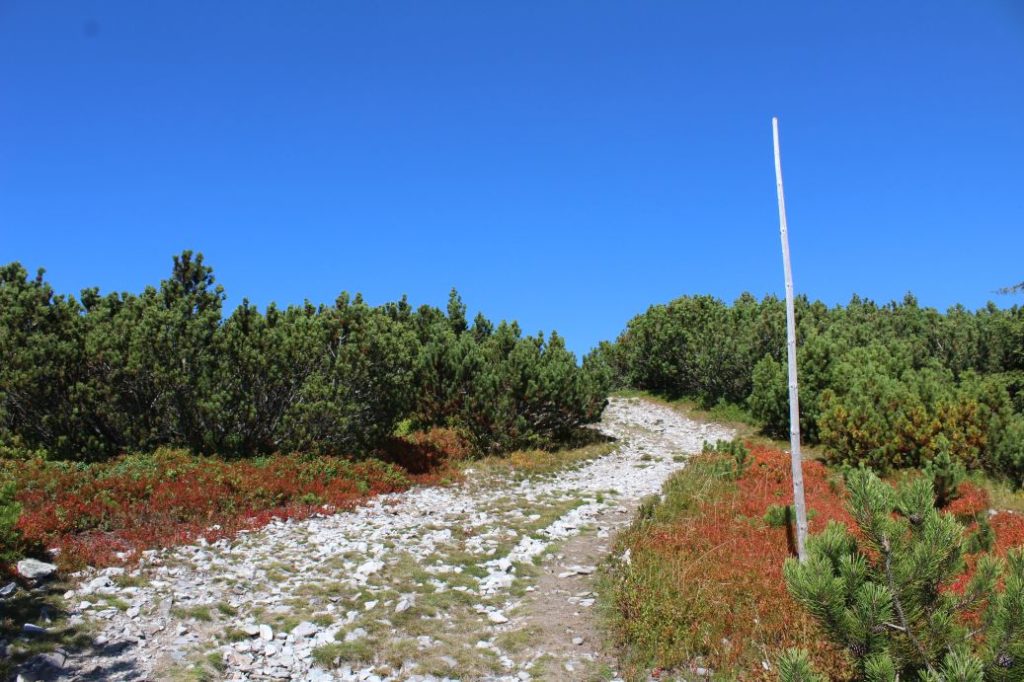 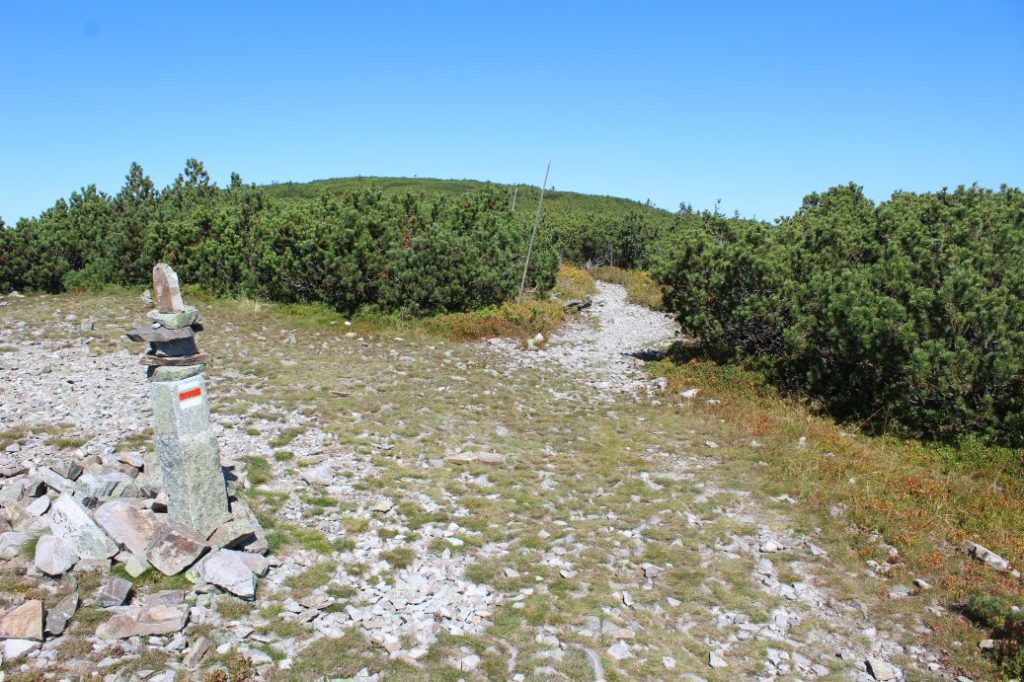 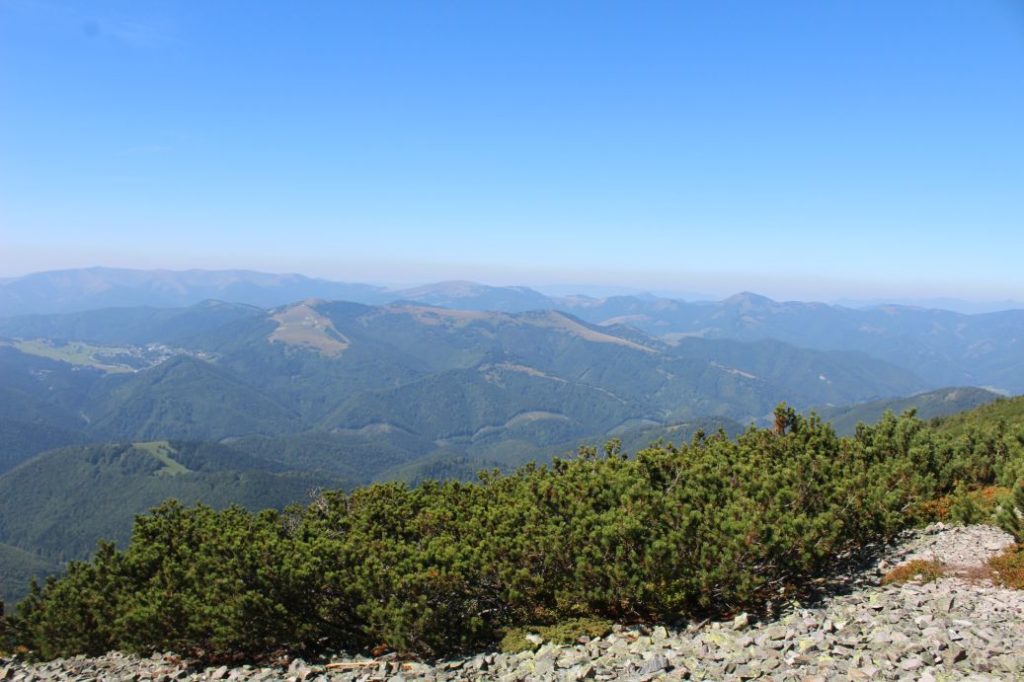 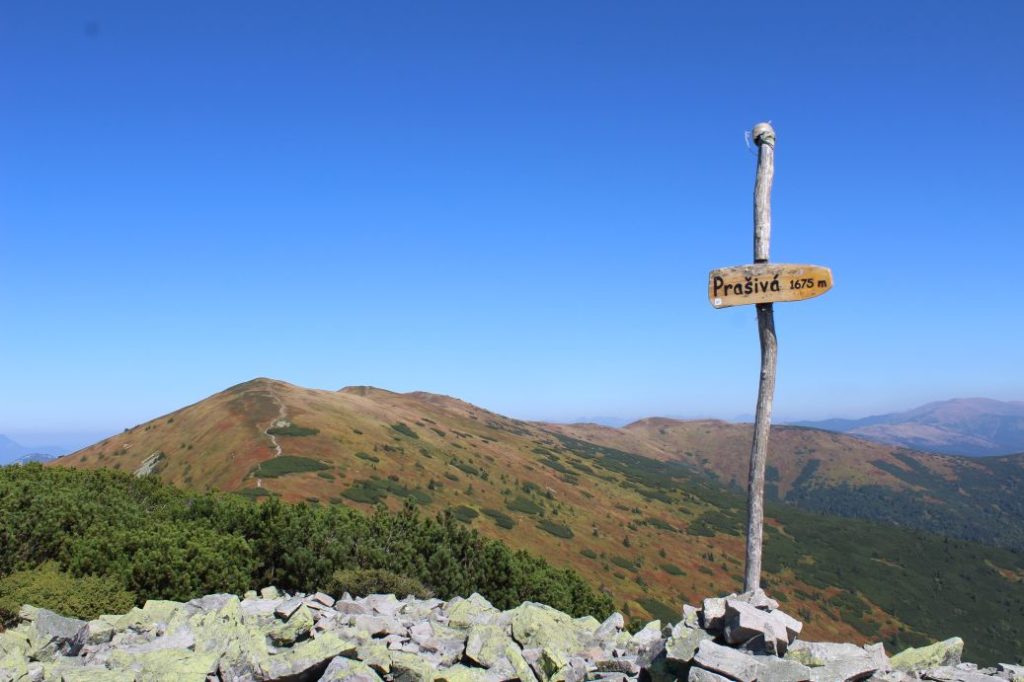 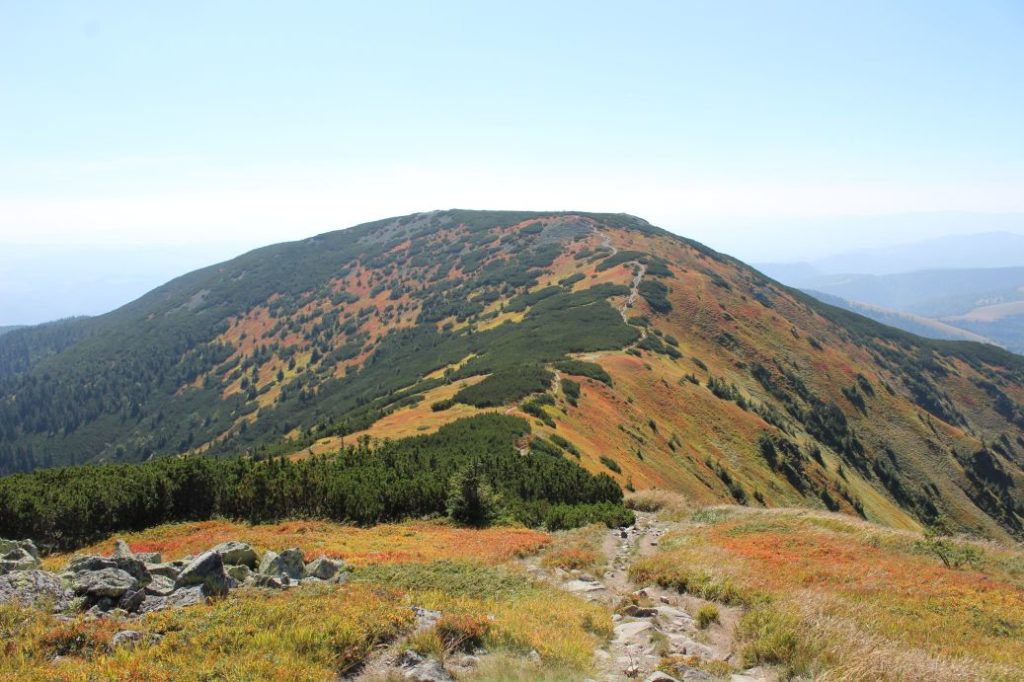 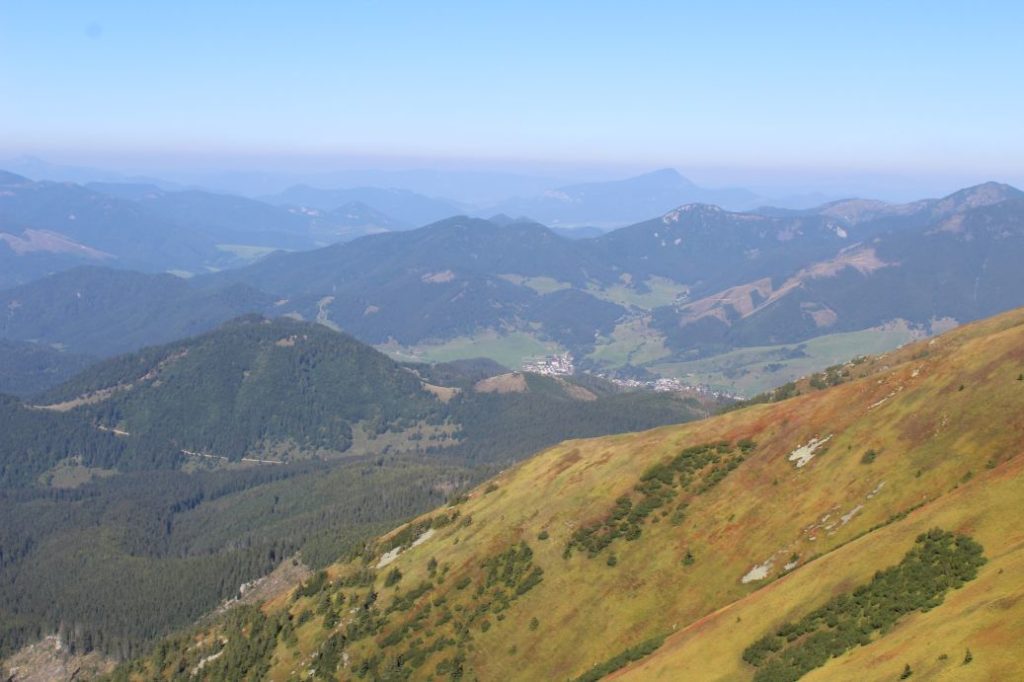 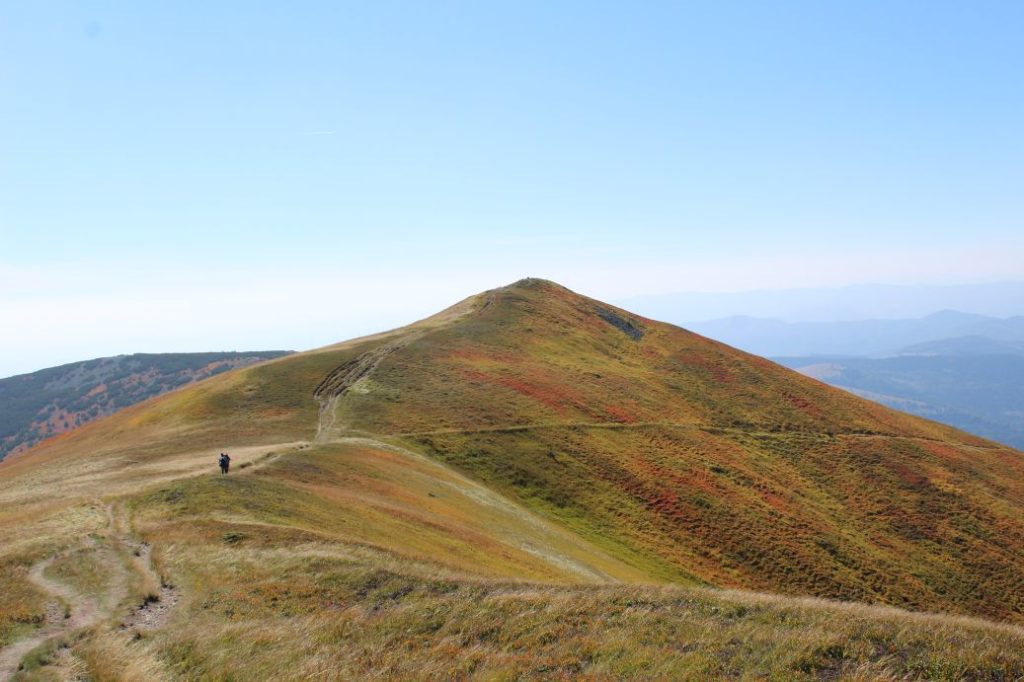 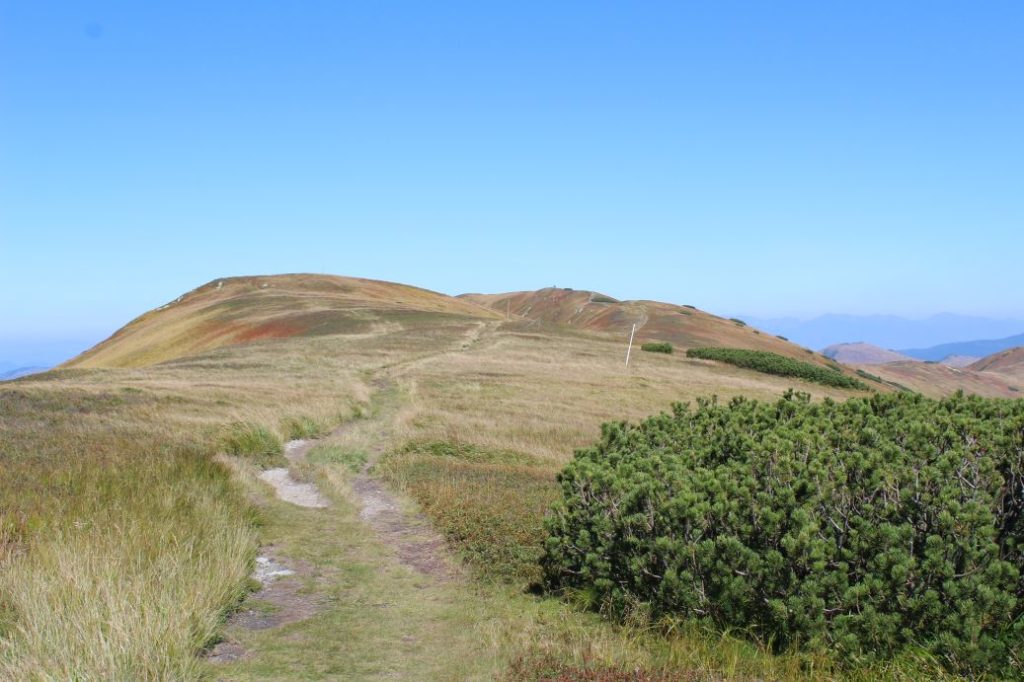 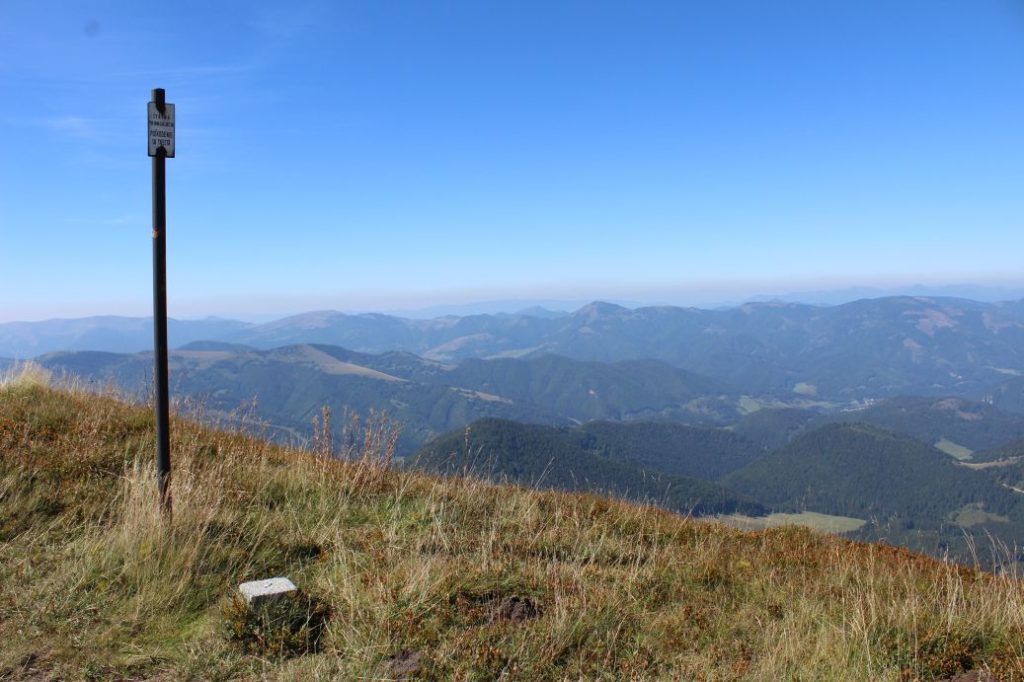 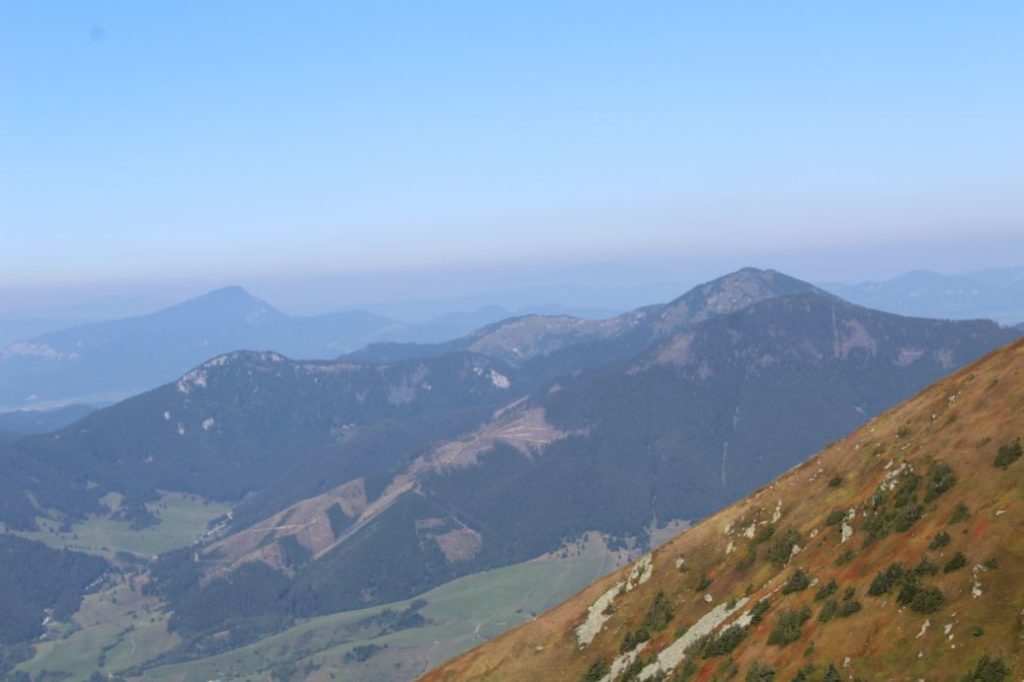 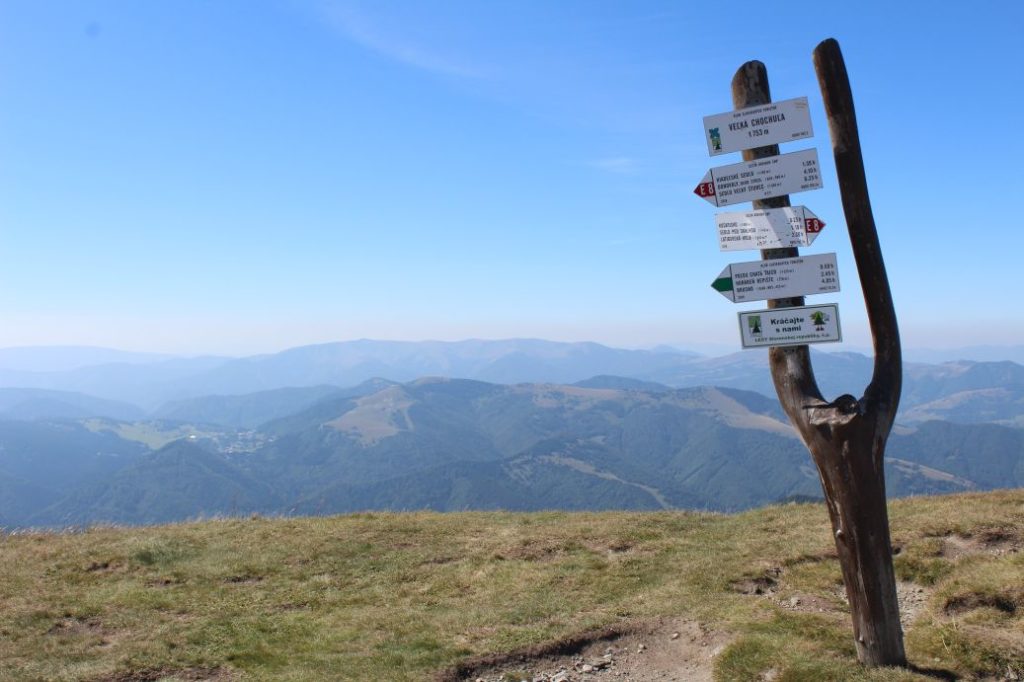 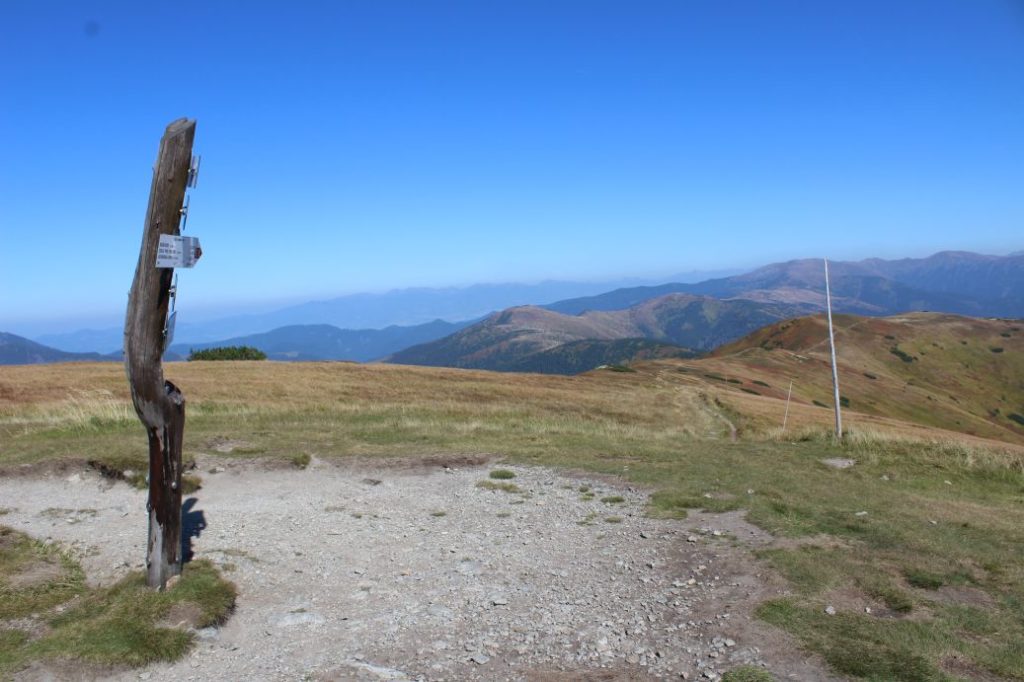 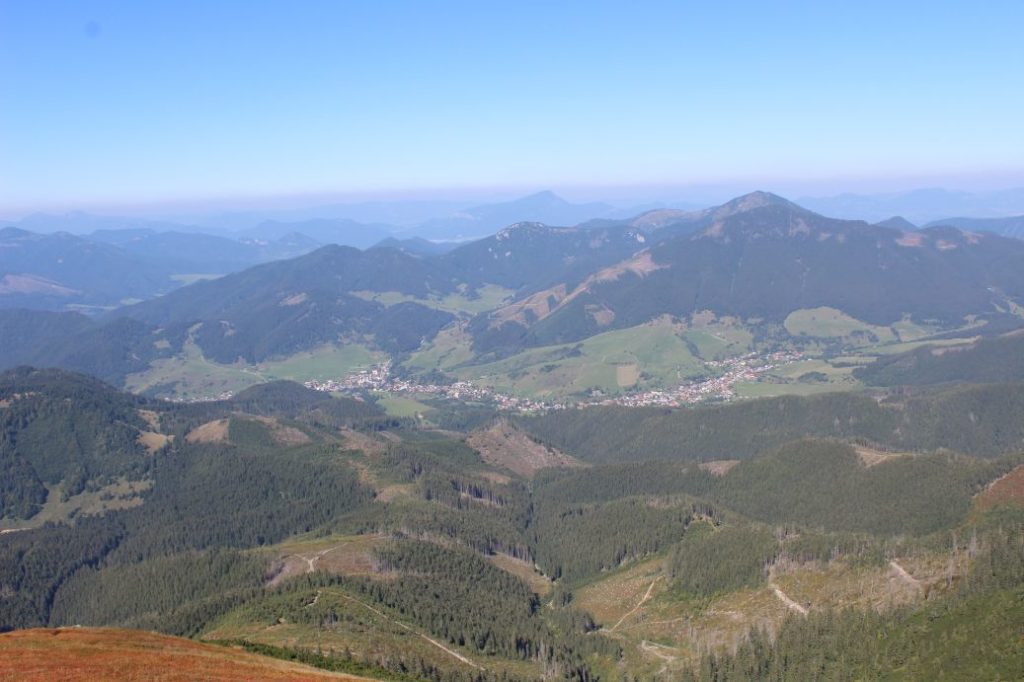 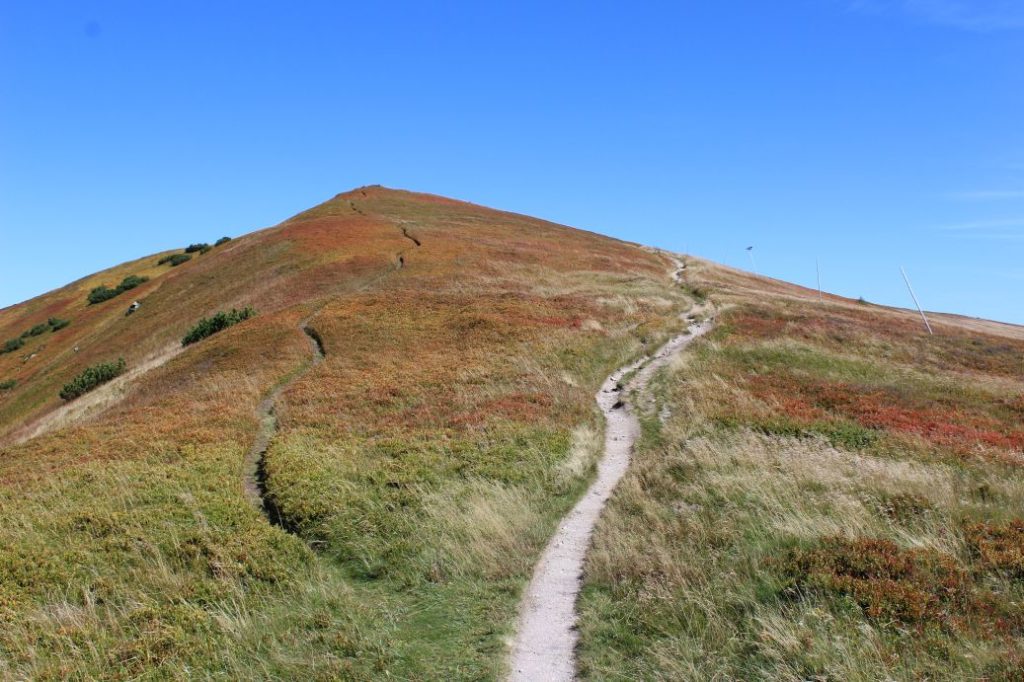 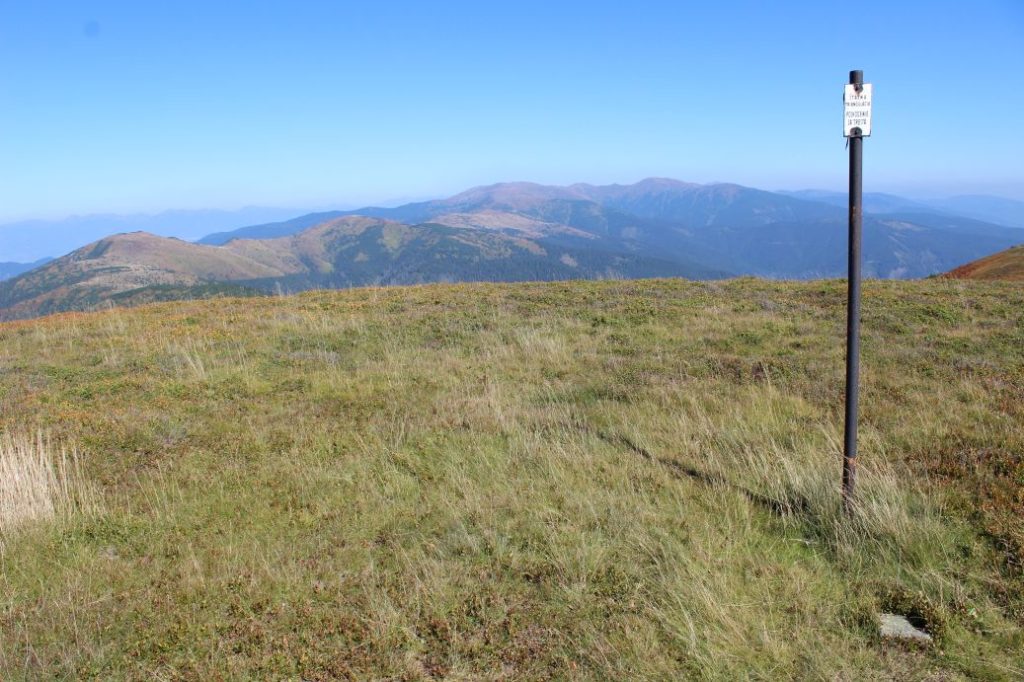 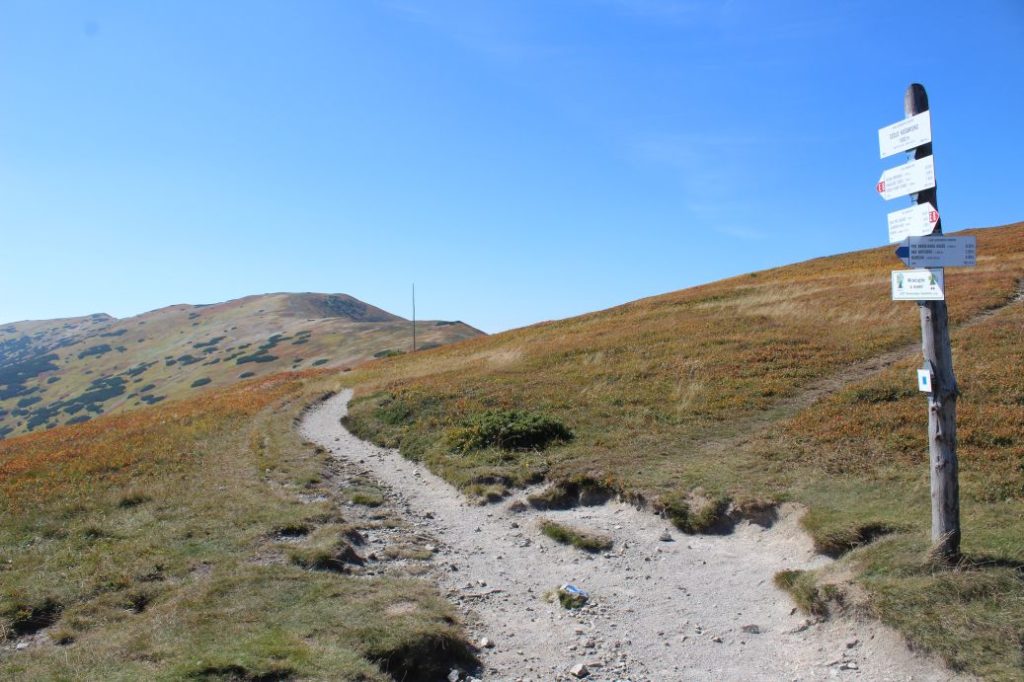 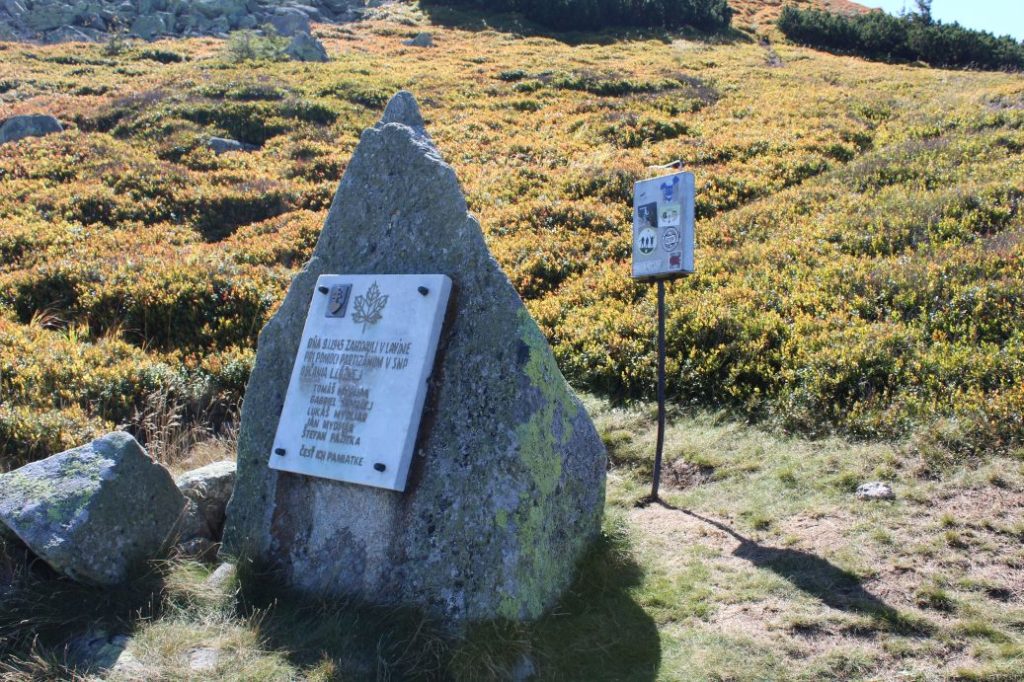 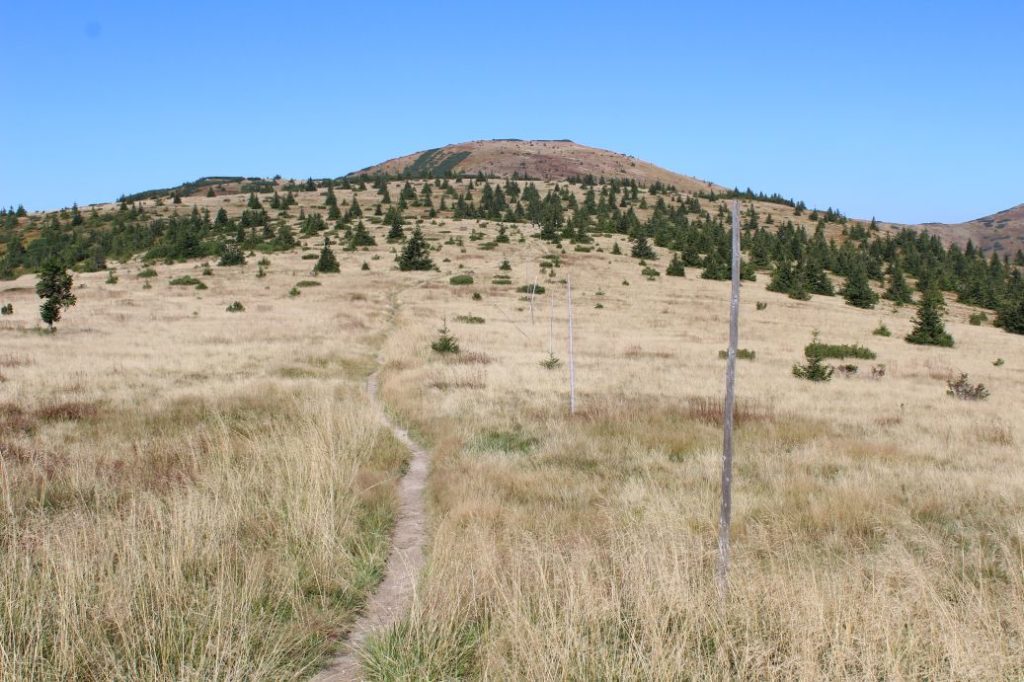 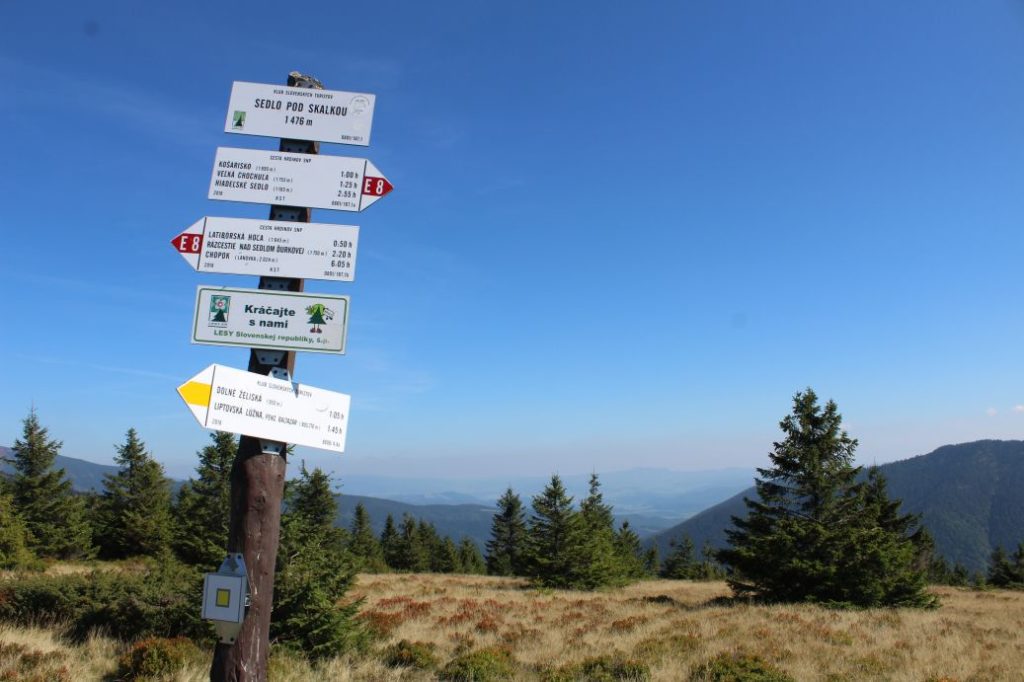 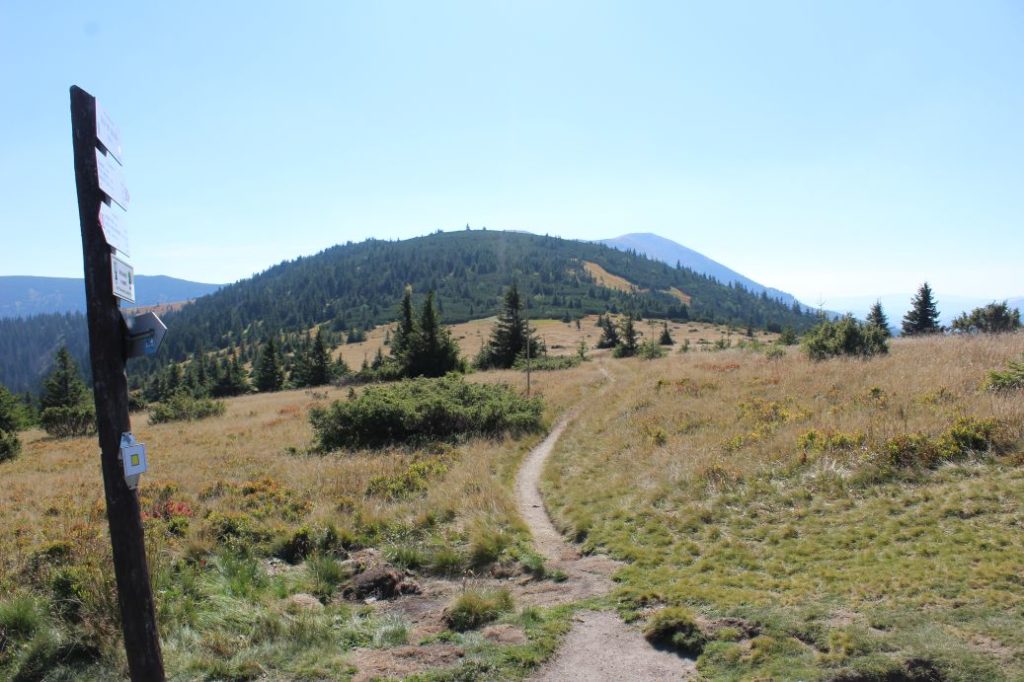