A medium-difficulty route to a high plain with mountain meadows and a lot of crosses to a location of annual religious service.

Start and destination: Nová Černová (a part of Ružomberok) (public transport system bus stop ”Čutkovská dolina“)
Route: 10.0 km (in total, there and back)
Estimated time: 4.0 hours (in total, to the peak and back)
Marking: Red hiking trail mark.
Vertical distance: 740 m
Difficulty level: The route runs on forest sloping roads and trails, which are steep in some sections. The route overcomes rather large vertical distances in short sections.
Safety: The route runs on rather safe and well-trodden terrain. The most dangerous sections are the initial and final section of the descent, where there is a risk of slipping. The route is not suitable for small kids, especially due to the steep sections and the overall vertical distance. Kids from the age of 10 should be able to get through these sections with the help of their parents. The route is also not suitable for pensioners with reduced mobility. We recommend using hiking poles.

Transport:
By car: Parking at toll free parking areas by the road, in the vicinity of the bus stop.
By bus: From the bus station to public transport system bus stop ”Čutkovská dolina“
By taxi: Taxi from the centre of the town will cost you about 5€.

Route:
The route begins in Ružomberok’s district Nová Černová, by bus stop “Čutkovská dolina“. From the bus stop, we go in the direction to the Čutkovská Valley along the red-marked hiking trail, which we are going to stick to for the entire route. At the bus stop where we are beginning the route, there is no tourist signpost, but we will find one near the main road. That is why we need to go in the right direction (slightly uphill). At the beginning of the Čutkovská Valley, still in the area with family houses, we get off the road onto a path after the last house on the right side. We turn right from the road onto the path, which leads us behind the house and through the bushes, onto a small road. At this place, we turn neither right nor left on the road, but we continue straight up the hill, by the trees. The path, which is easy to see, leads us on steeply rising terrain to a high voltage line, where we can rest and admire the view of Ružomberok. The steep rise becomes milder and we continue further, still in the same direction uphill. Along the way, we can enjoy the views of Stará Černová and Hrboltová. At the beginning of the woods, we will see the beginning of the way of the cross, which consists of wooden frames fixed in the ground. An attentive eye will also not miss the remnants of an old way of the cross on the trees, which mostly consists of the remaining numbers of the stations and crosses. The wood path leads us further past a wooden cross and other stations of the way of the cross. Situated by the thirteenth station is a wooden well called “Malý Jarok“, where we can refresh ourselves. We do not recommend drinking the water, because the well merely collects the water from the creek into a conduit. Not far away from the well, at an intersection of sloping roads by another wooden cross, the way of the cross ends. At this place, we are crossing the green-marked bike trail from Černová to Ľubochňa. Situated by the cross is a bench, on which we can rest, if we want to. We continue in the same direction in which we came to the cross, slightly uphill along the sloping road, and we will arrive at a spring. The water surfaces from a metal pipe in a brick wall and flows into concrete drinking basins in the ground. This water is potable. The water flows from a water tower situated further uphill in the woods, during very dry weather and in winter it is shut down. The wood path leads us through the woods, continuously uphill, to a large meadow with a wooden hay barn (stall). At this place, we get off the road and go to the right along a path running up the meadow. At the end of the meadow, below the woods, we can enjoy the view of the Liptov Basin with the surrounding mountains. After entering the woods, the path curves to the right and passes by another stall, after which it gently curves to the left. The distinct path cut into the steep slope continues uphill through the woods, along the periphery of a meadow slope and once again through the woods, to a sharp right-hand curve. Here, the rise is the steepest and the path runs on rocky, slippery terrain, mostly covered with old foliage. This section is usually quite slippery, even on the way up, but especially on the way down. After the curve, we might notice the remnants of other stalls, which are a proof that farmers used to live in this area. The path cut into the slope will lead us to a meadow with a tourist signpost, from which we learn that we are in Tlstá Hora (Krstá Hora, as it is called by the locals). The peak of Tlstá Hora consists of extensive meadows, which were used for farming purposes in the past, as evidenced by numerous hay barns situated in various corners and at the peripheries of the meadows. Our route continues a bit further. From the signpost, we go to the left, and the path will slowly lead us to a place with a small altar, a chapel and a sitting area. In the early days, they used to hold masses here, which initially served for the people who came here to cut the grass and rake the meadows. There is still a mass held here every year in their honour. You can rest on numerous benches situated in this area and then slowly head back along the same route. On your way down, pay increased attention at the initial section of your descent from the signpost in Tlstá Hora, as well as at the final section of your descent below the high voltage line.

Notes:
– Traditionally, there is a winter hike to Tlstá Hora organized on the Feast of Three Kings, on January 6.
– In the vicinity of the beginning of the route, in the Čutkovská Valley, you will find a shepherd’s hut and various attractions, particularly for kids.
– If you want to avoid the steep descent in the final section below the high voltage line, you can turn right at the cross at the end of the way of the cross and continue your descent along the green-marked bike trail. The trail will lead you to the Čutkovská Valley, above the complex with the shepherd’s hut and the attractions. The route might take extra 20 minutes, but it will be a lot more comfortable.
– In the vicinity of the beginning of the route, in the opposite direction along the red-marked hiking trail, there is a grocery store, a refreshment establishment and a restaurant. 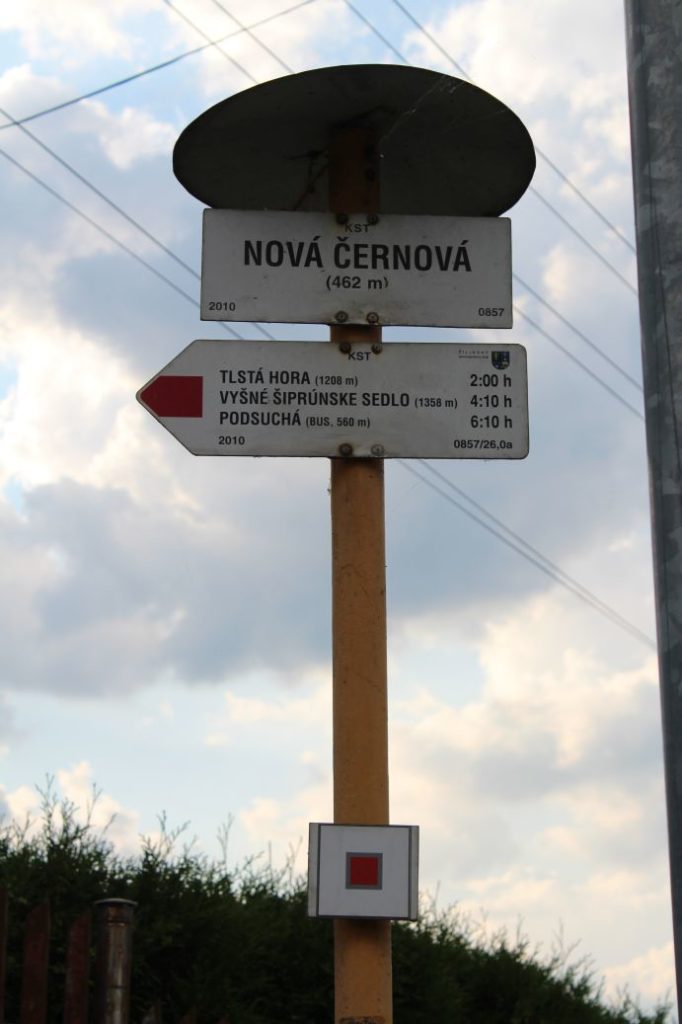 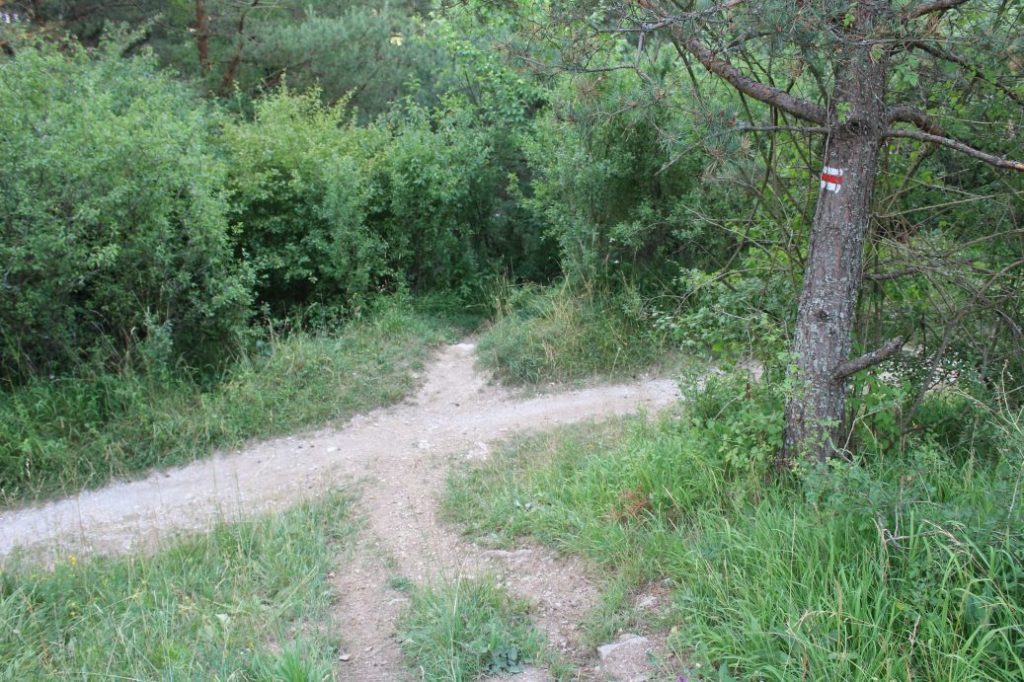 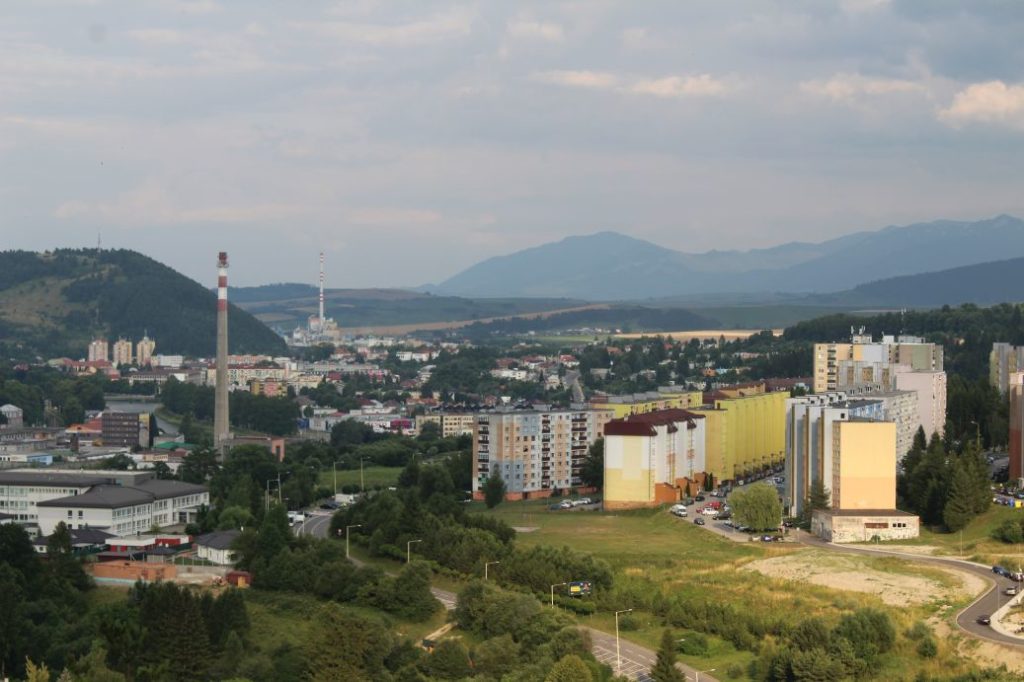 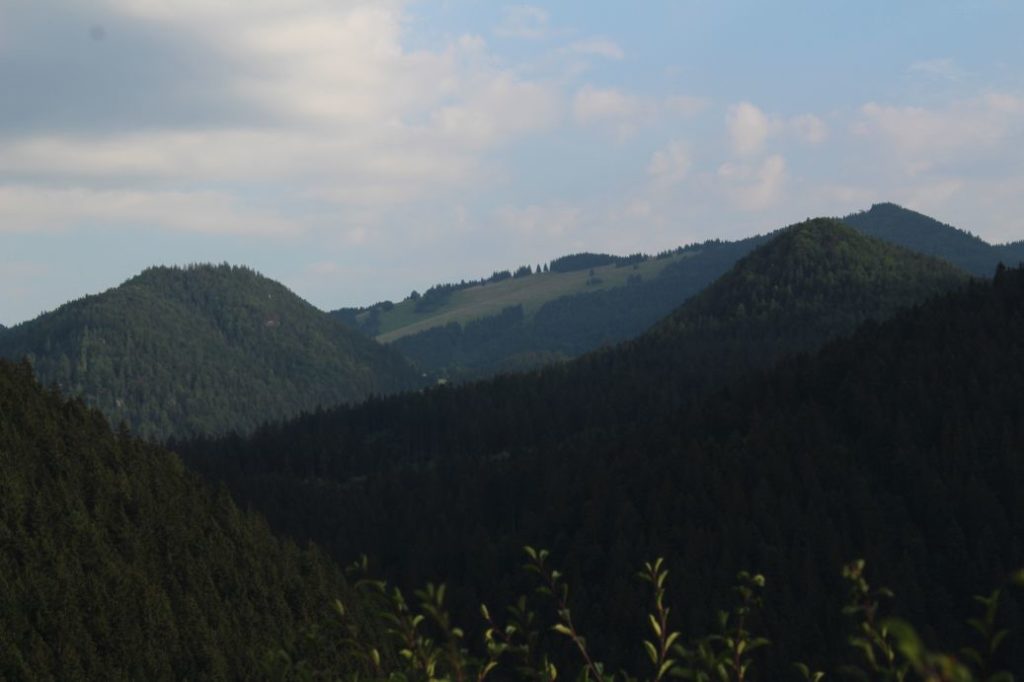 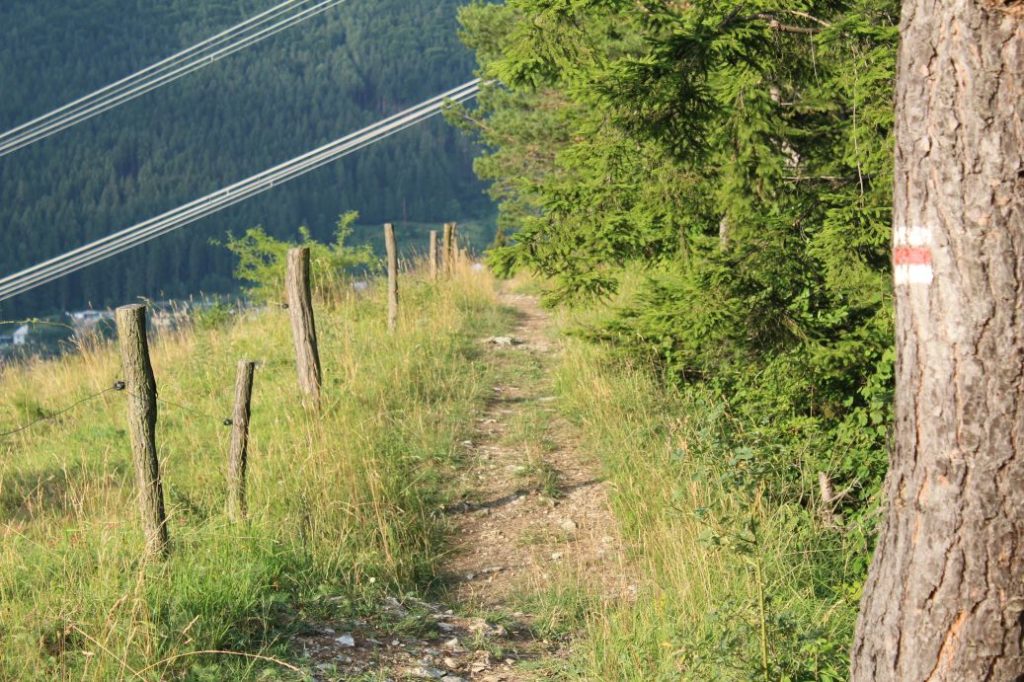 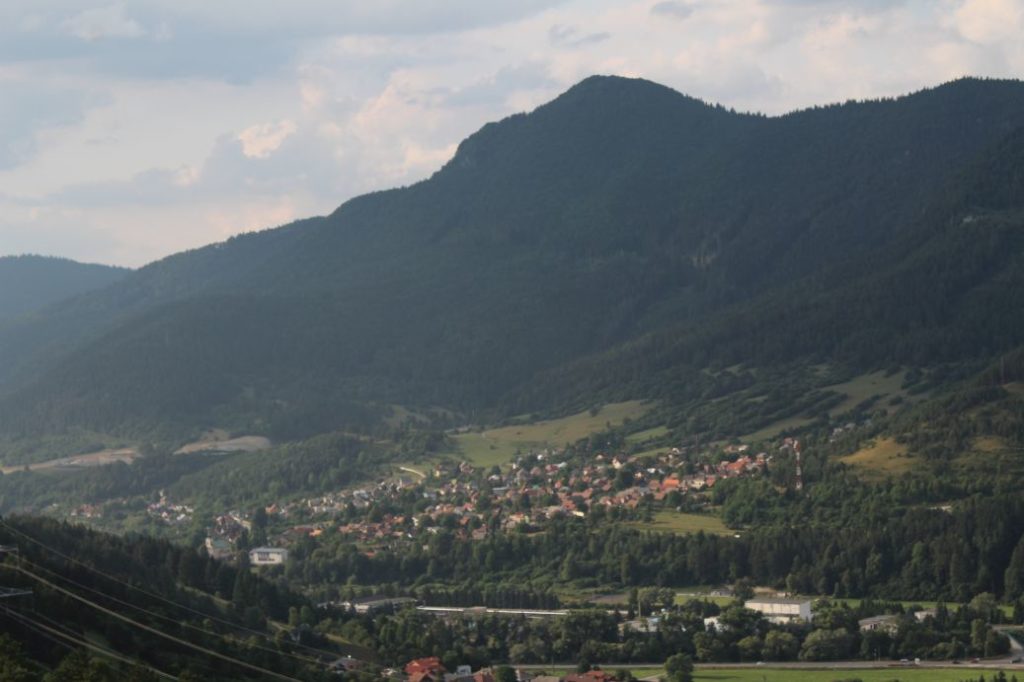 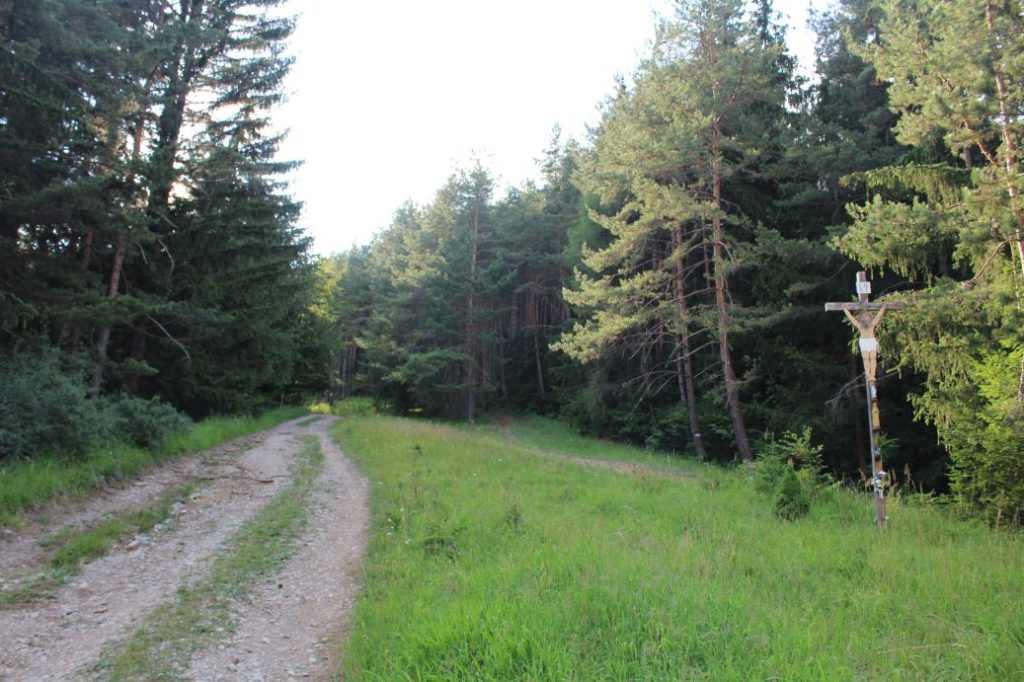 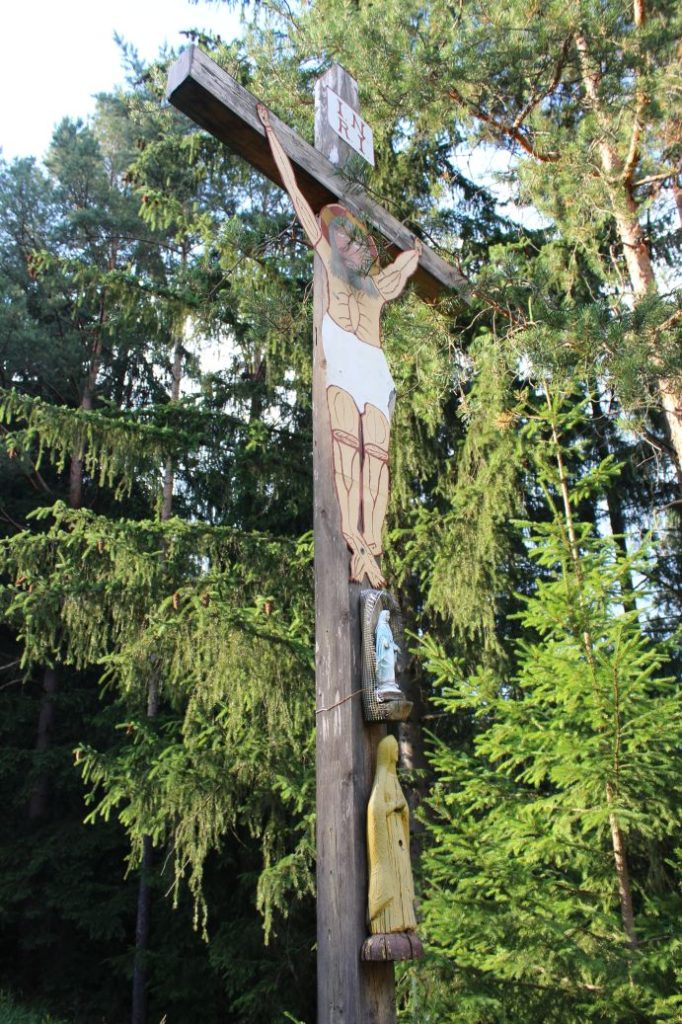 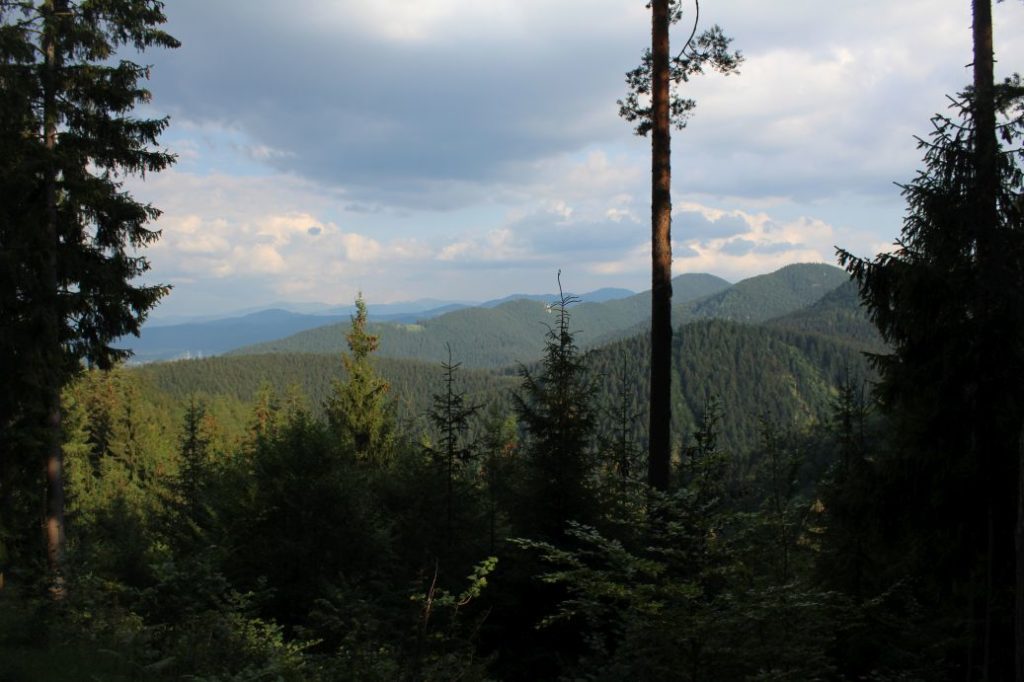 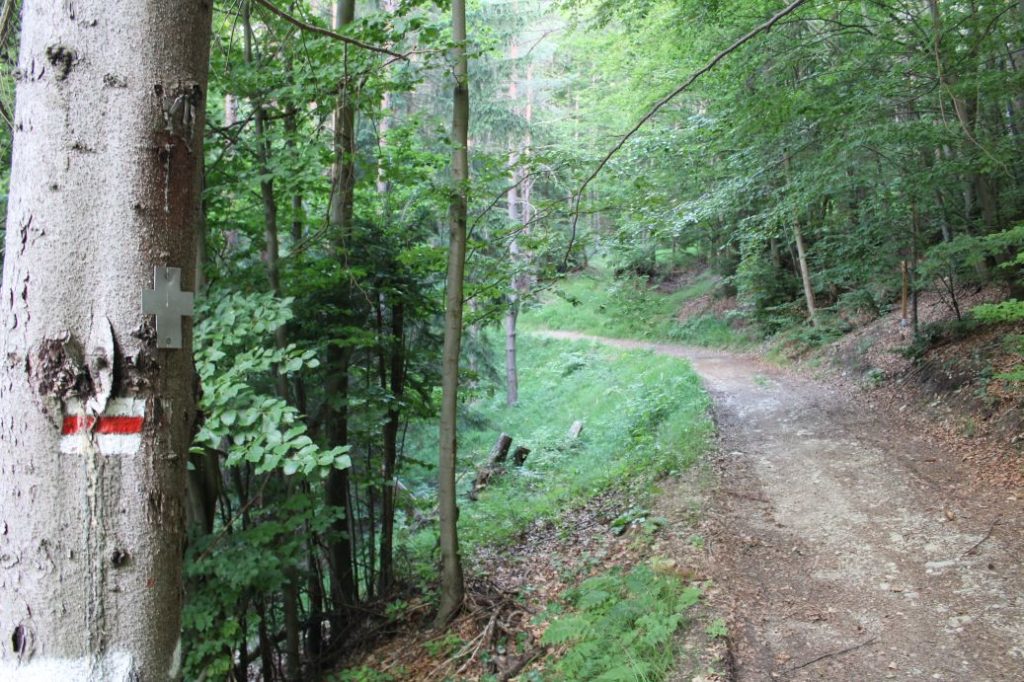 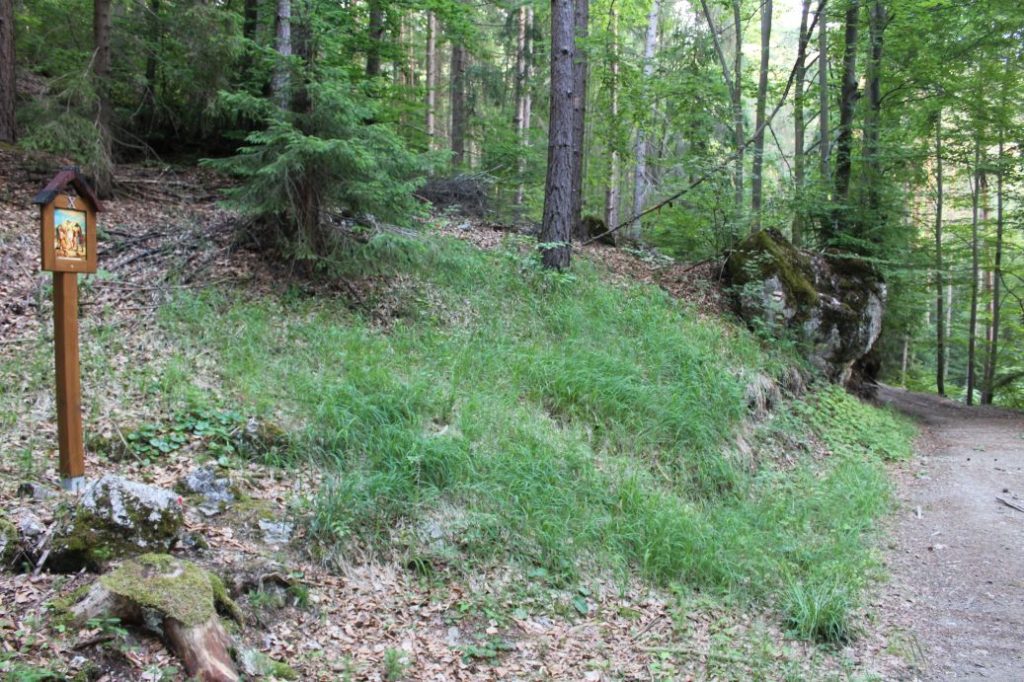 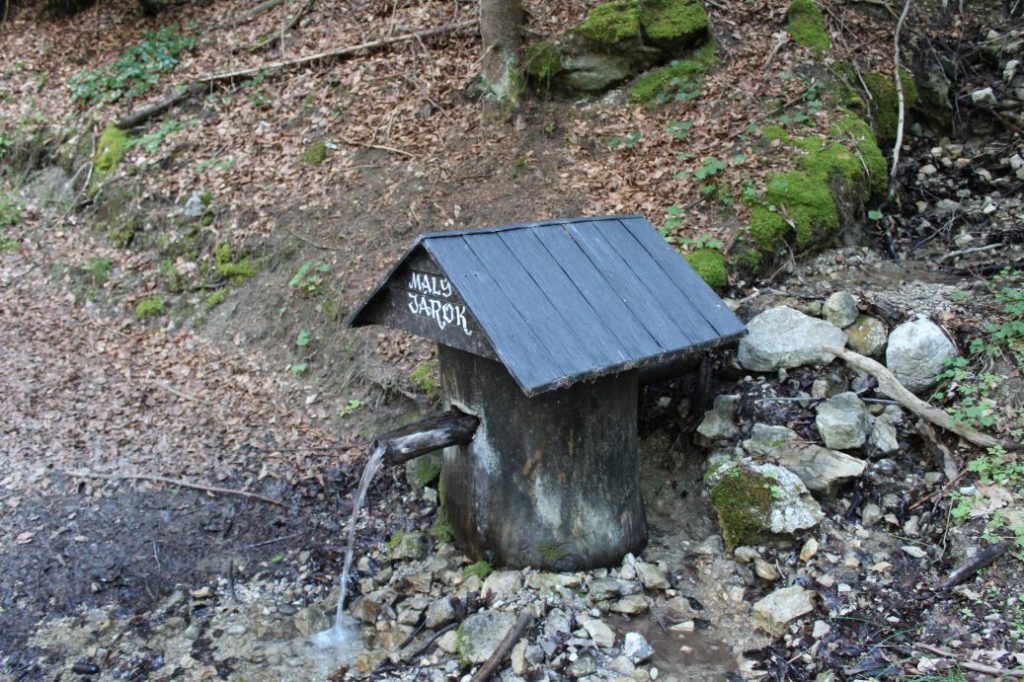 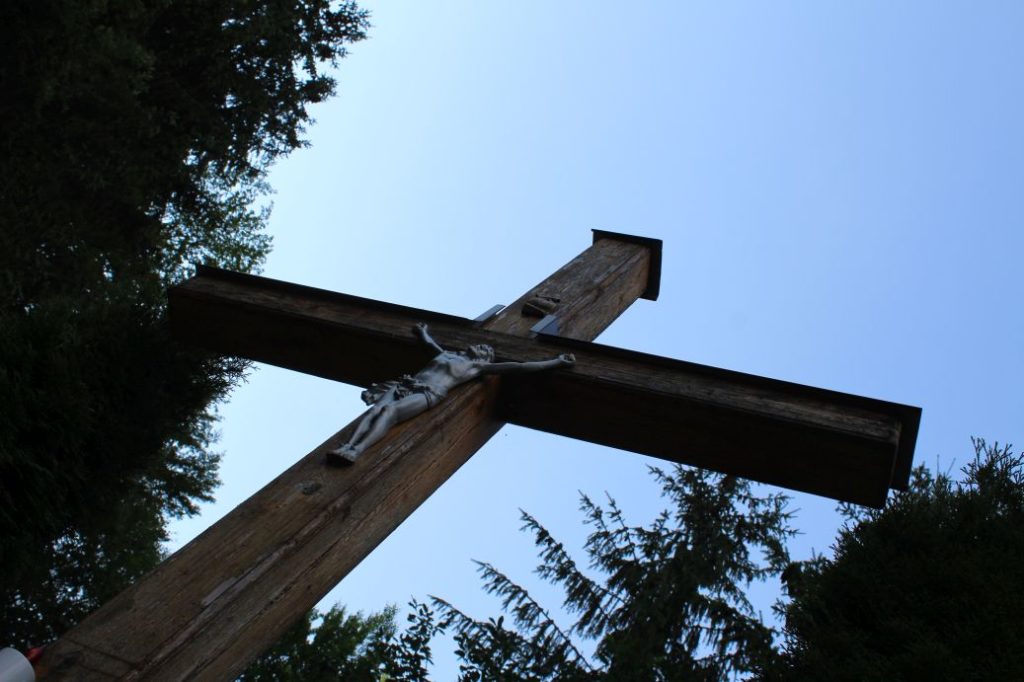 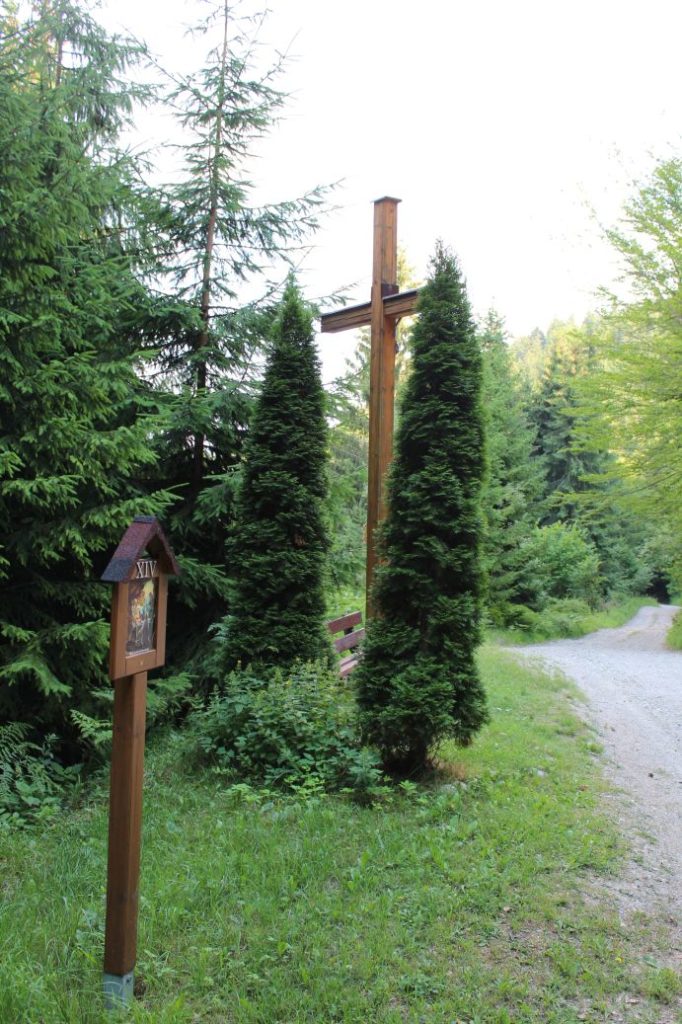 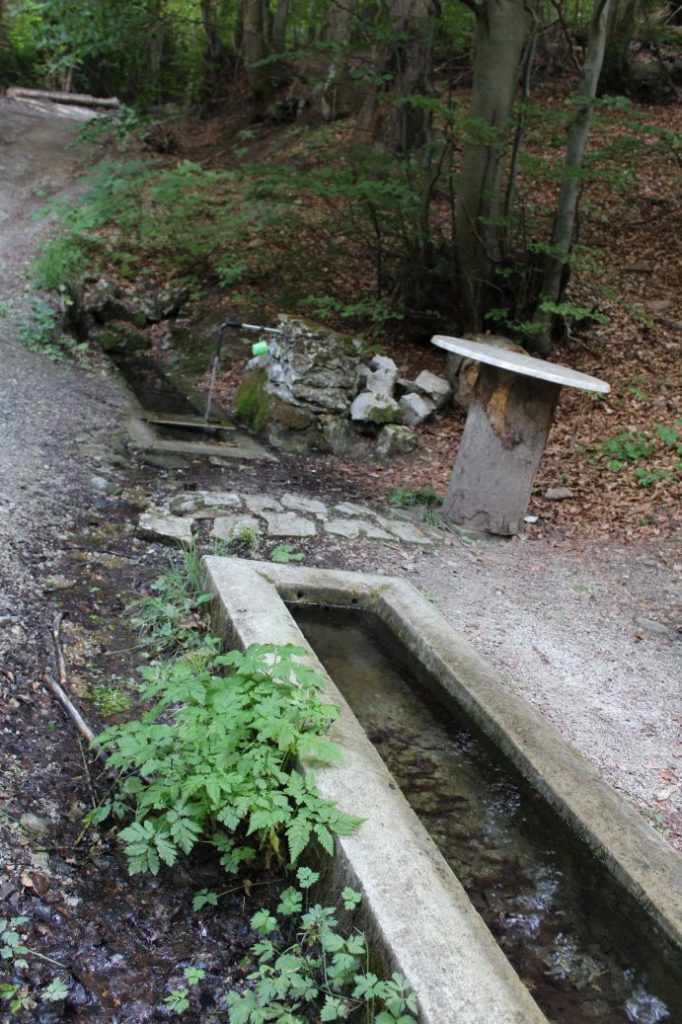 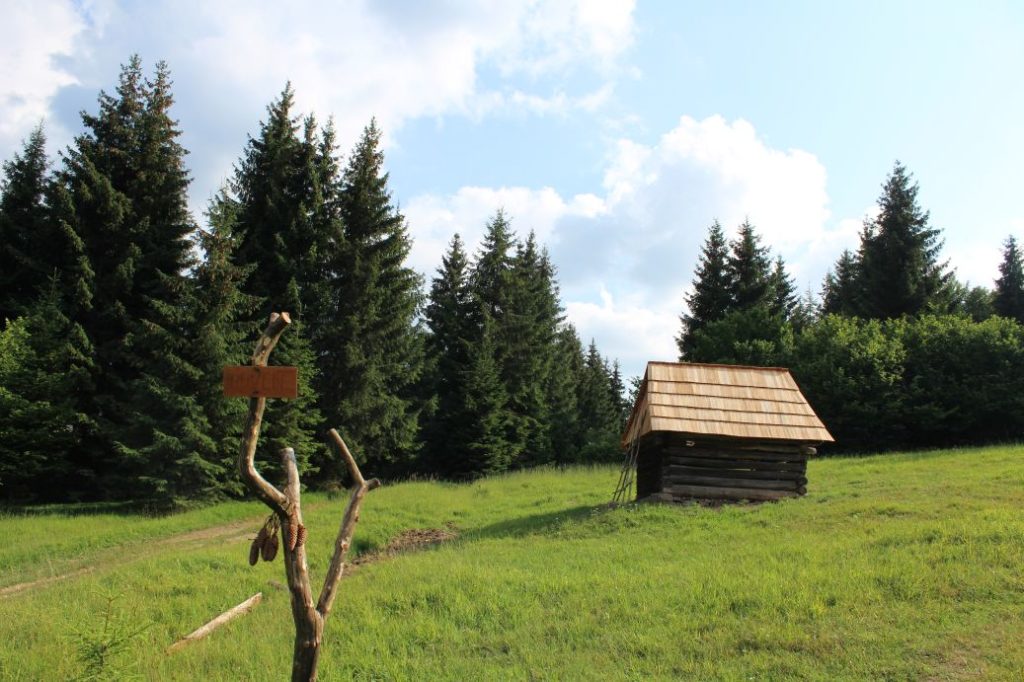 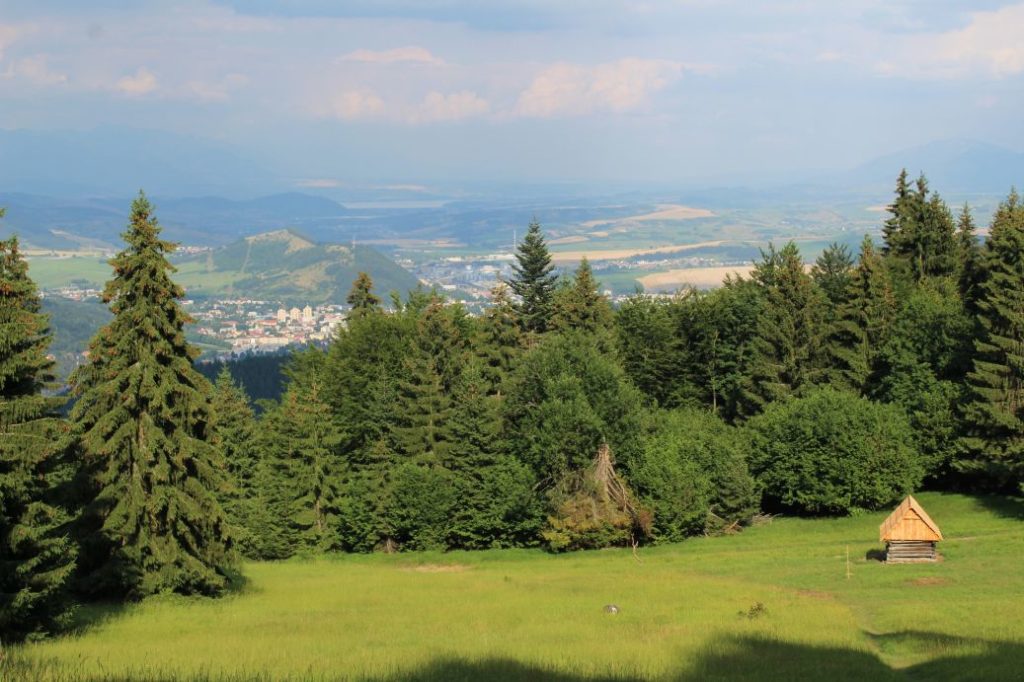 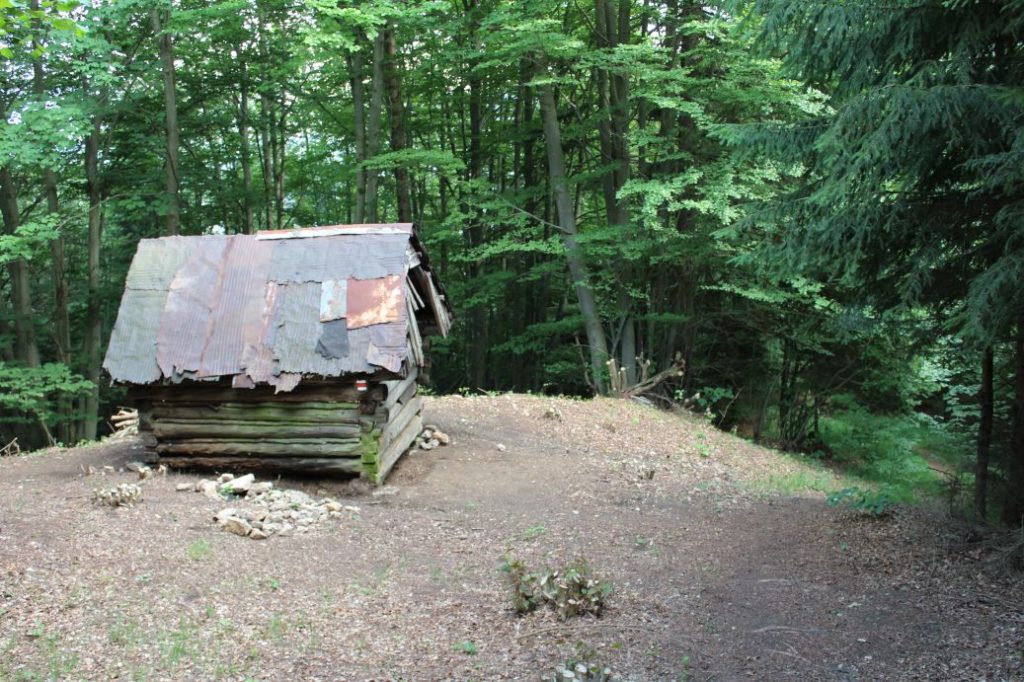 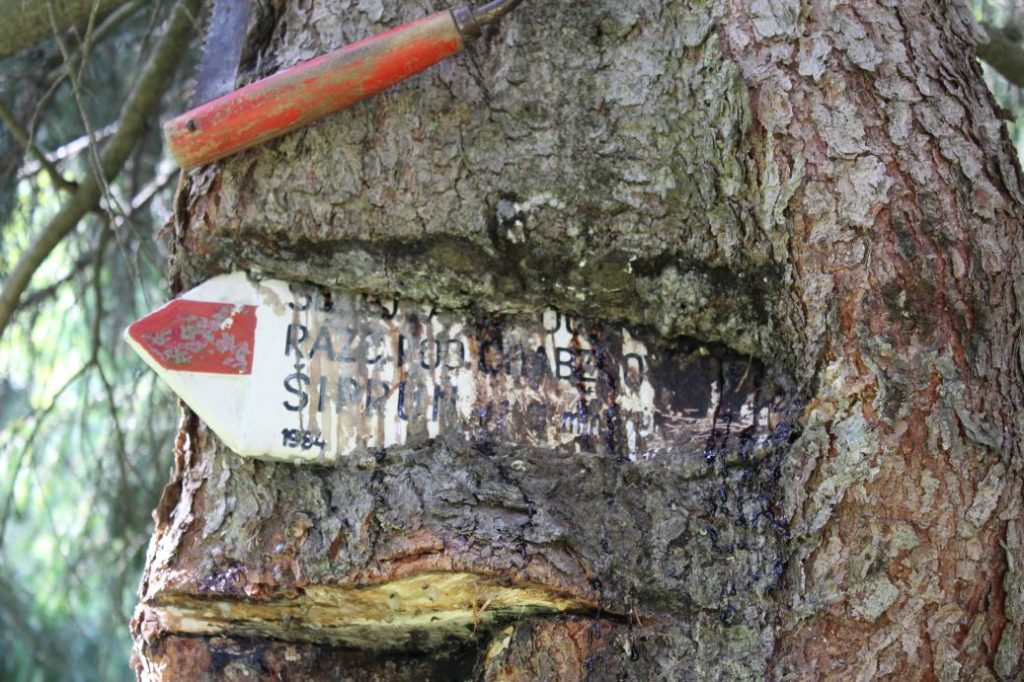 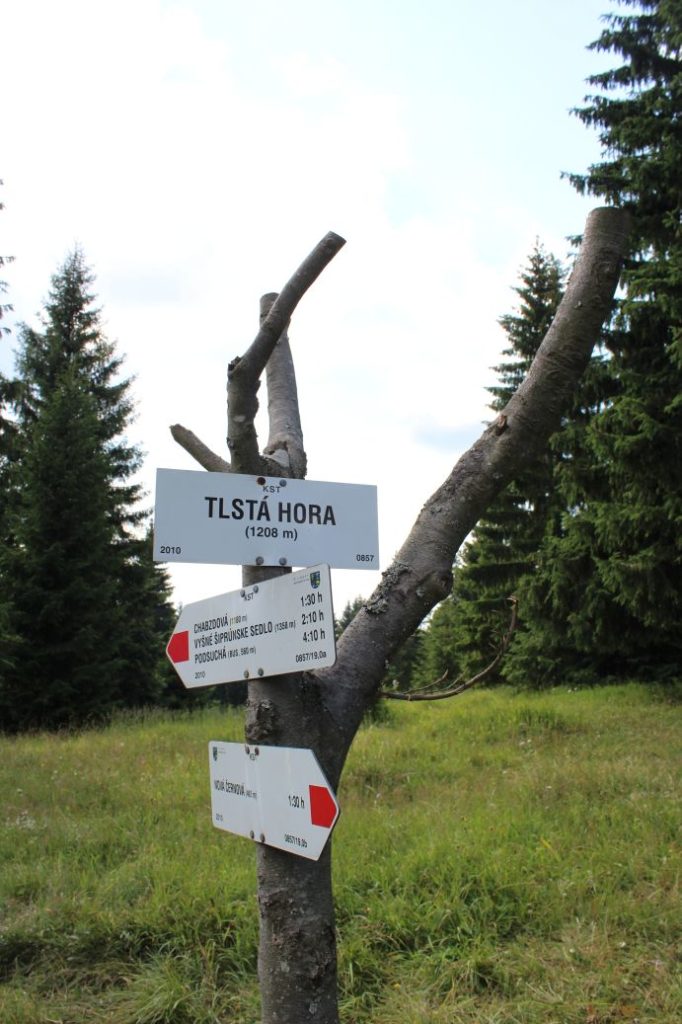 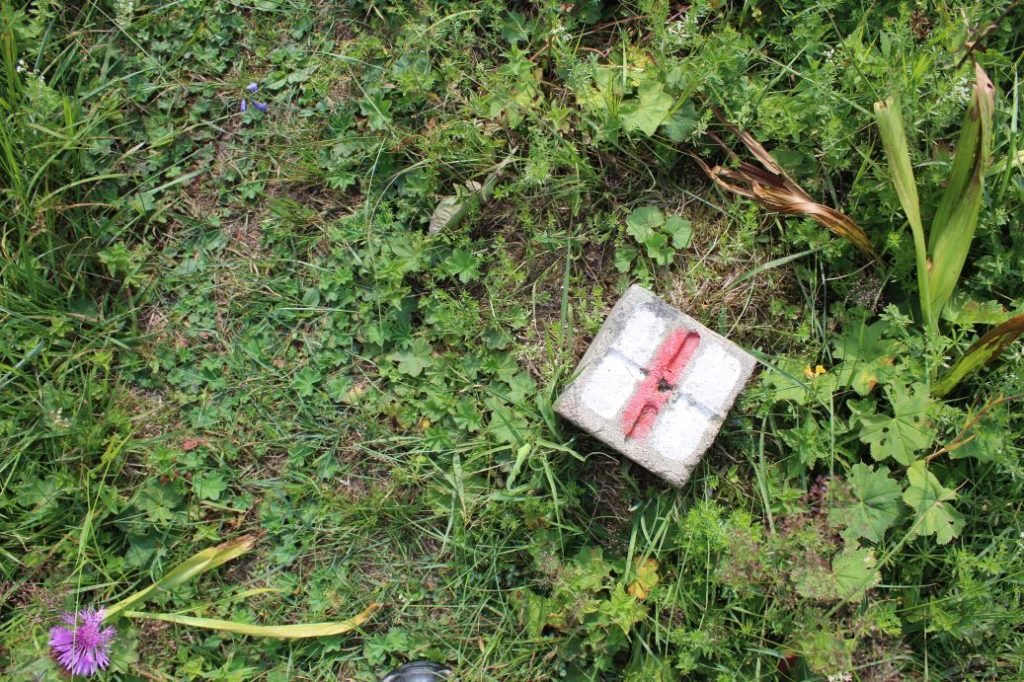 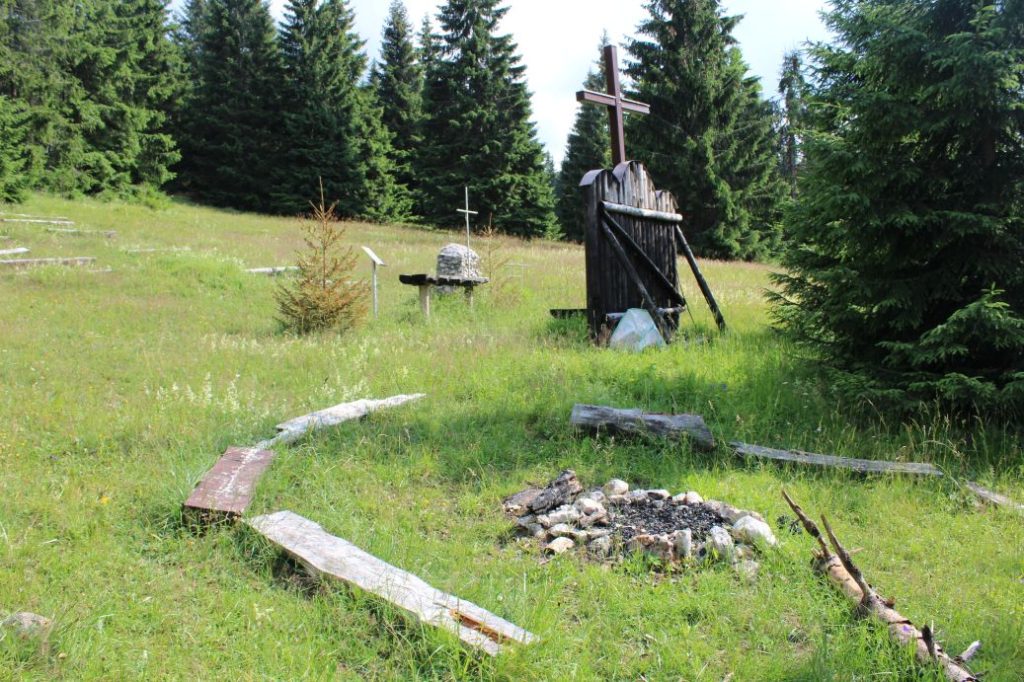 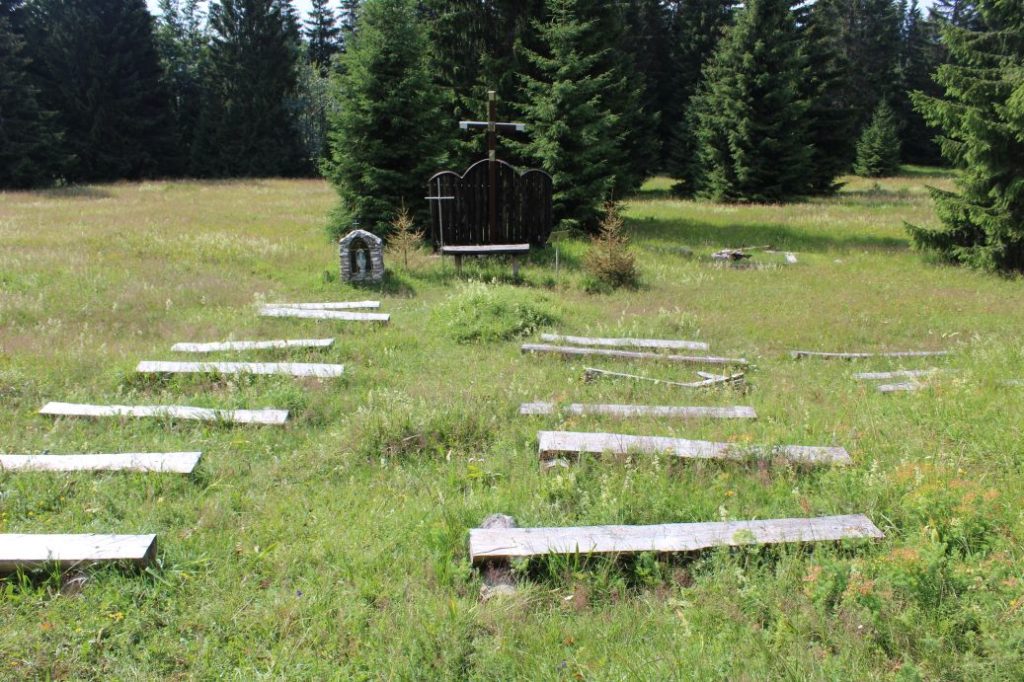 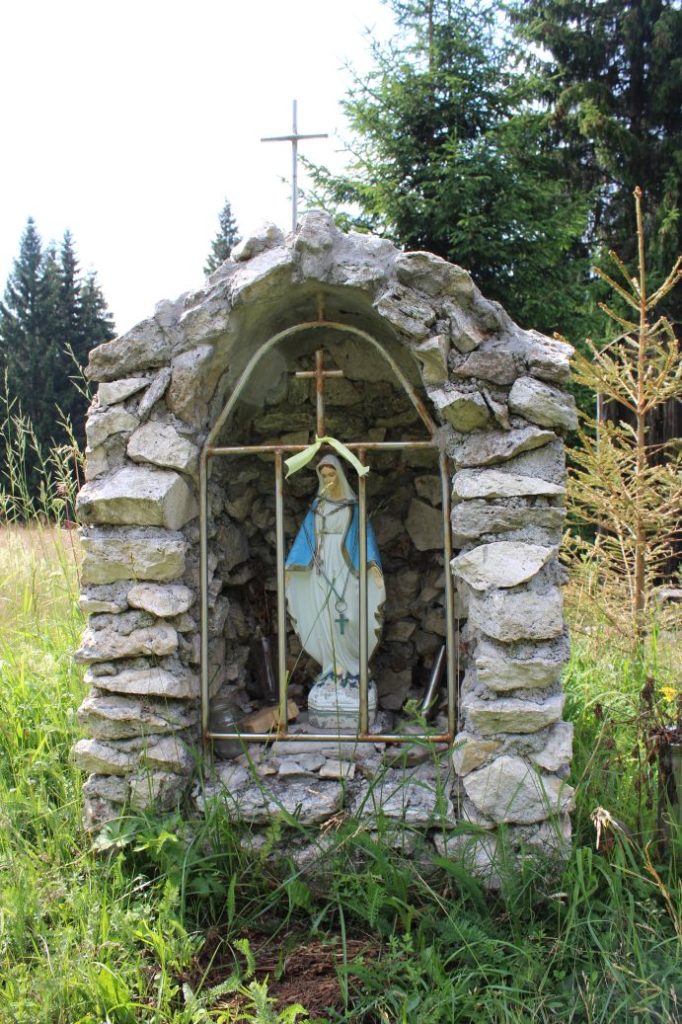 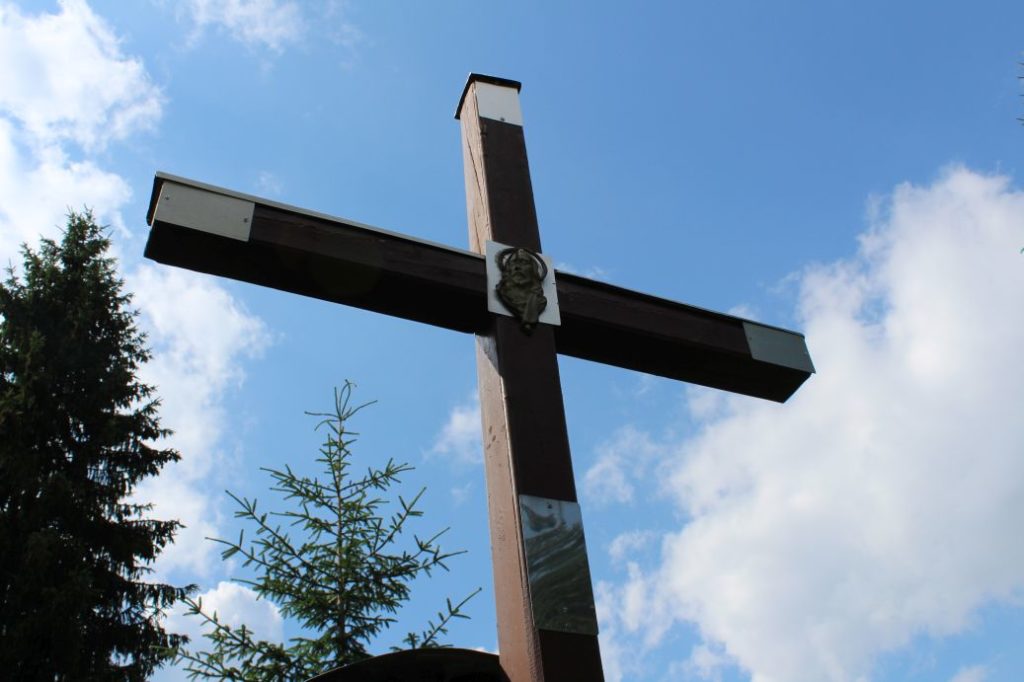