The hike to the top of Predný Čebrať is one of the favourite winter routes, especially for the inhabitants of Ružomberok and its surroundings. It is sought after in particular for the easy access and the lovely views of Ružomberok.

Start and destination: Ružomberok, train / bus station
Route: 7.2 km (in total, there and back)
Estimated time: 3 hours (in total, ascent and descent)
Marking: green, back along the same route.
Vertical distance: 462 m
Difficulty level: Medium difficulty route. Depending on the weather and snow conditions, it can be a bit more difficult. It is not long, but it includes steep, slippery sections.
Safety: The initial section of the route through the town runs on a side walk and an asphalt road. Right at the beginning, you need to cross an unguarded railway crossing for pedestrians. During the section in the woods, you are protected from the wind. In the initial section in the woods, there are two places where makeshift stairs have been created in the terrain, which help you get through the steeper sections. The route includes many steep uphill sections, which are slippery. In the final section of the ascent, the trail is cut into a steep slope and it frequently splits into branches. Almost the entire route is usually icy and smoothed out. We recommend using crampons (climbing irons or shoe chains) for this route, which are necessary especially on the way down. We also recommend using hiking poles. The top viewpoint is not secured with handrails and it is inclined slightly downhill. You need to enter it very carefully and avoid getting close to the edges, which might be just a snow drift. The route is frequented, so the pathway is trodden almost at all times, except in the event of heavy snowfalls.

Route:
We begin the route in Ružomberok, by the hiking signpost situated by the side walk between the main bus station and railway station. From the signpost, we can already see the destination of our route, rising above the town. Below the massif of Čebrať, we may notice the dominant building of mansion Kuskova Vila. We follow the green-marked hiking trail, which leads us past the bus station, at the end of which we turn to the right, towards the railway crossing. There are traffic lights at the crossing, but you still need to be careful. After crossing the railway, we turn to the left and continue along the railway line, at first on the side walk in front of the family houses, and later on the road under the road bridge. After the bridge, we are approaching apartment buildings, in front of which we may notice a hiking signpost situated to the right of the road, which will guide us to a trail through trees and bushes. The trail leads us under several power lines and along the fence of the premises of Kuskova Vila. In the vicinity of the premises, we pass by a well with water, where we may sit on the bench located by the well. We continue through a wooded area to a meadow called “Hlivovo”, from which the route turns to the left, up the hill. Situated at Hlivovo is a shelter with a fireplace and a sitting area, an educational panel of an educational trail, and a jubilee garden planted on the occasion of the 100th anniversary of the establishment of the Czechoslovak Republic. After resting in the shelter and studying the educational panel, we continue on the marked trail, which will lead us to a forest road. We continue on the road only a few dozen metres and then we turn to the right, onto a trail running through trees. At a felled strip in the woods, which has already grown small trees, we get views in the direction to the Liptov Basin. From the path running up the felled area, we can look back and see the West Tatras, the High Tatras with Kriváň, a part of the Choč Mountains and the Low Tatras with Poludnica, Siná, Krakova Hoľa, Bór and other hills. The sinuous path through the woods leads us mildly uphill, copying the terrain and avoiding various protruding obstacles and rock formations. In the final section of the ascent, the trail reveals views of Ružomberok and the Great Fatra with Malinné, Šiprúň, Sidorovo and other peaks. We also get a view of the closer part of the Low Tatras with the massif of Salatín and the ridge of Brankov. The final section of the trail is cut into a steep slope, and through several splits of the trail, it leads us to the top of Predný Čebrať, where we will find a hiking signpost, a commemorative plaque dedicated to Zdeněk Hochmuth, after whom this hiking trail has been named, as well as an unsecured rocky viewpoint, which reveals perhaps the most beautiful views of Ružomberok. The views of the Liptov Basin with the surrounding mountains are also worth noticing. After enjoying the views, we descend along the same route.

Notes:
– In the initial section of the route, there is a refreshment establishment, a restaurant and a grocery store.
– The route connects with the educational trail of Čebrať – Skalky.
– Situated near the beginning of the route is the historical building of the railway station and a steam locomotive of the Korytnica railway.
– In the initial section of the route, we are passing in the vicinity of the historical building of the former salt office.
– This winter route is not suitable for small children and elderly visitors with reduced mobility.
– Traditionally, there is a Saint Stefan’s Day winter hiking tour to Predný Čebrať on December, 26.

More information about the peak is available HERE. 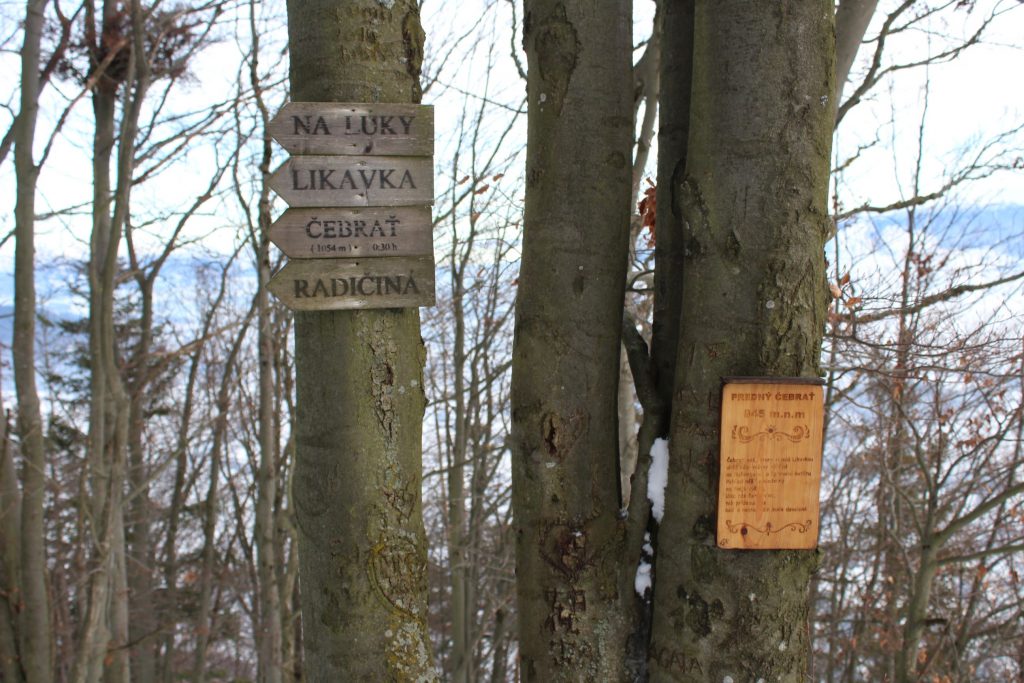 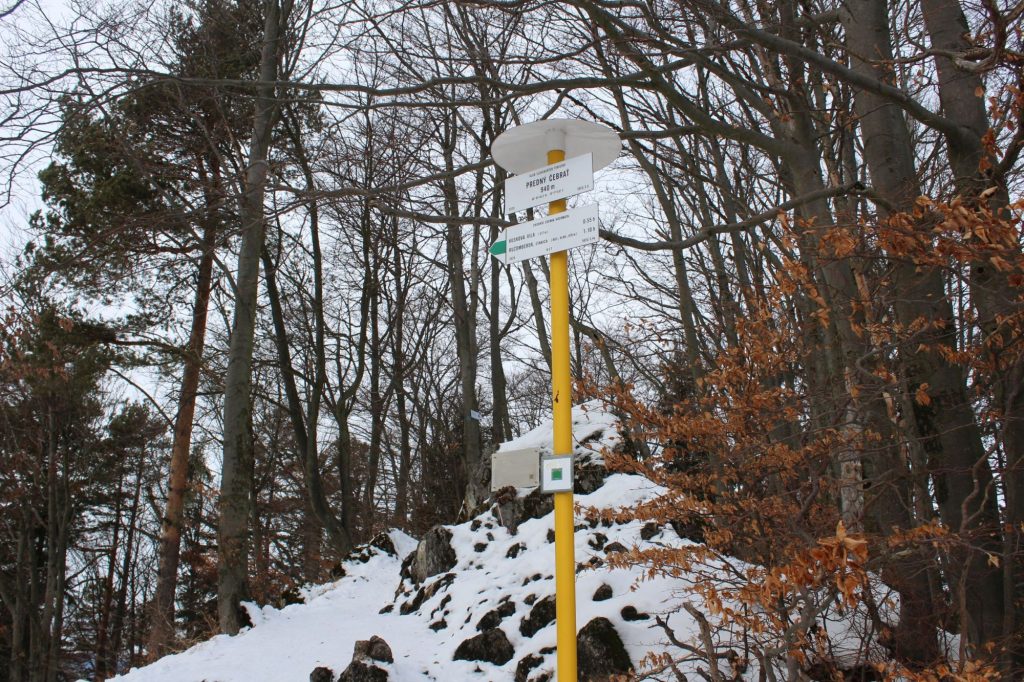