The trail running from Ružomberok’s village of Podsuchá, through the valley of Vyšné Matejkovo, to the main ridge of the Liptov branch of the Great Fatra. It is used mainly to ascend to or to descend from the ridge, as well as to access the premises of a former military convalescent home with ski tows.

Route description:
The route begins in Ružomberok’s village of Podsuchá, to which we can get by bus. From the restaurant, behind which we will find the initial signpost, the route runs on the road through the cabin settlement of Vyšné Matejkovo. It passes by the Slovryb complex, where they use the local creek to supply the water tanks for fish farming. After the last cabins, the route still continues on the road, mildly uphill. Almost all the way to Močidlo, the route runs along the creek, the sound of which only fades away in the final section of the route. The surrounding slopes above the road are covered with thick woodland. The woodland slopes above the road are covered with rocks, which are often covered with moss, which indicates high air humidity all year round. Almost at the midpoint of the route, you will see a wooden shelter with a sitting area situated by the road, which can serve for a short rest. At about one kilometre further ahead, we are passing by the natural monument of Matejkovo rock stream, which consists of granite stone blocks, the perfect examples of cuboidal jointing of granite. There will be a right-hand curve with hiking marks, where you can see the rock stream most clearly. From the curve, the ascent becomes a bit more noticeable and the road disconnects from the creek, but still continues above it. After the steeper section, the ascent becomes milder again and the road continues mildly uphill. The steep slopes below the road are secured with metal barriers for safe passing, especially in winter. If you look back at the place with the panel extension of the road, you will get a view of steep meadow walls of Úplazy situated below Salatín in the Low Tatras. At the sharp right-hand curve after the bridge, the route leaves the asphalt road to the left and continues on a paved road running mildly uphill. At the turn, you will see a signpost of the blue-marked bike trail, titled ”Vyšné Matejkovo (pod zotavovňou)“, which has a hiking trail arrow serving for navigation to the correct direction. The paved road runs mildly uphill through a valley in a wooded area. After a few minutes of walking, the valley becomes wider and opens up views of mountain meadows. There are blueberry bushes growing on the meadows. With views of the slopes of peak Skalná Alpa, the road passes below a cabin located on the right above the road. Directly below the cabin, there is a man-altered spring, which is, however, often covered with growth. Not far away from the cabin, the road turns around and starts returning, passing above the mentioned cabin with the spring, to a wooden entrance portal by a chalet hotel, where this route ends. At the final signpost and in the vicinity of it, you get views of Kľak in the Great Fatra and a part of the Small Fatra ridge.

Safety:
The route belongs among the safe ones. A large portion of the route runs on an asphalt road and the rest of it runs on a paved sloping road. On the road, there is traffic of cyclists and cars of the visitors to the recreational complex at Smrekovica. In winter, there is a risk of slipping, especially in the steeper sections of the road, which might be smoothed out by cars and by skiers, who often pass through on this road. In winter, there is a risk of collision with vehicles, which might have less control on the snow-covered terrain. The section on the paved road is usually untrodden in winter, with a lot of snow.

Marking on the route:
The marking on the route is sufficient. The marks are sometimes covered with growth, but the fact that the route runs on a single road makes orientation easier. The turn from the asphalt road to the paved road is marked. At the final section on the paved road, the road is lined with poles which mark the borders of the road and which serve instead of winter pole marking during winter. The marking in the valley is easier to follow due to the marking of the simultaneous blue-marked bike trail.

Notes:
– The trail is accessible all year round.
– Passing of the route in the opposite direction (descent) takes approximately 2:00 hours.
– There are suburban buses running from Ružomberok to the beginning of the route. Bus stop ”Ružomberok,Biely Potok,Podsuchá“ is situated approximately 150 m away from the initial signpost.
– There is a restaurant and a parking lot at the beginning of the route.
– Up to the turn onto the paved road, there is a blue marked bike trail running simultaneously with the route, from Podsuchá, through the complex at Smrekovica, to Ružomberok
– There are several unmaintained springs situated on the route.
– There is a memorial to the builders of the road to Smrekovica situated near the beginning of the route.
– There is a thematic educational bike trail called CykloKorytnička running near the beginning of the route.
– There are kilometre posts located by the road, which count down the remaining distance to the recreational complex at Smrekovica.
– Towards the end, the route connects to a green-marked hiking trail running from Ružomberok along the ridge of the Liptov branch of the Great Fatra.
– The route passes by two protected territories.
– At the end of the route, there is a hotel, which has been out of operation for some time.
– In the vicinity of the end of the route, by the hotel, there is a shelter with a sitting area.
– At about one kilometre further ahead from the end of the route along the green-marked hiking trail in the direction to Ružomberok, you will find a recreational complex of the military convalescent home at Smrekovica, with a restaurant.
– The entire route can be passed with a stroller of a solid structure suitable for off-road terrain.
– The route is situated in the Great Fatra Mountain and it runs through the protected zone of the Great Fatra National Park.

The route was reviewed in October 2021. 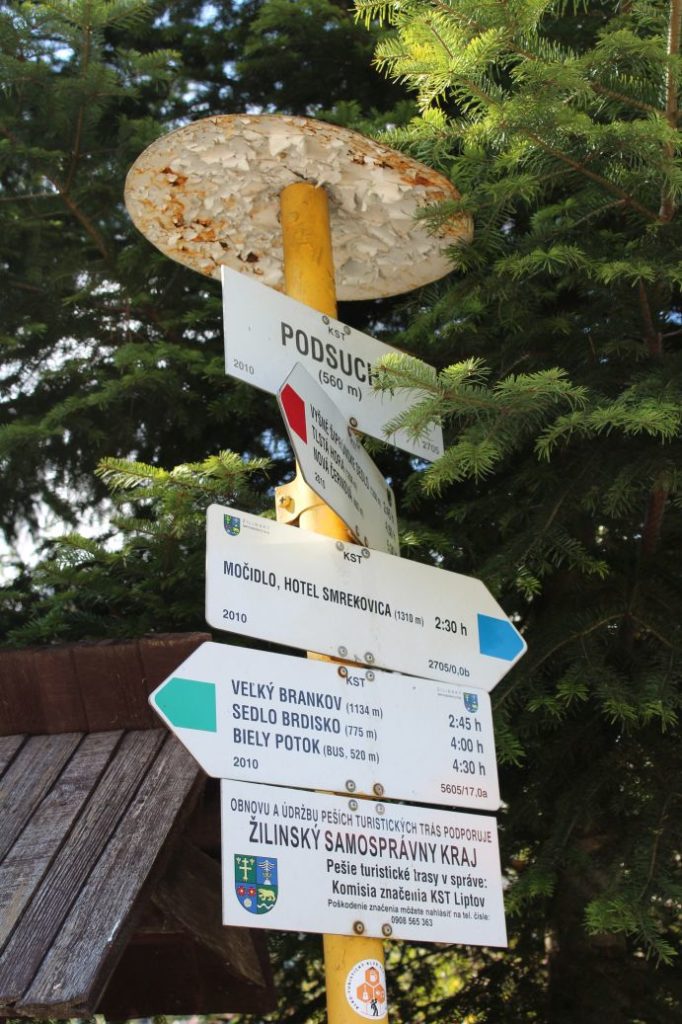 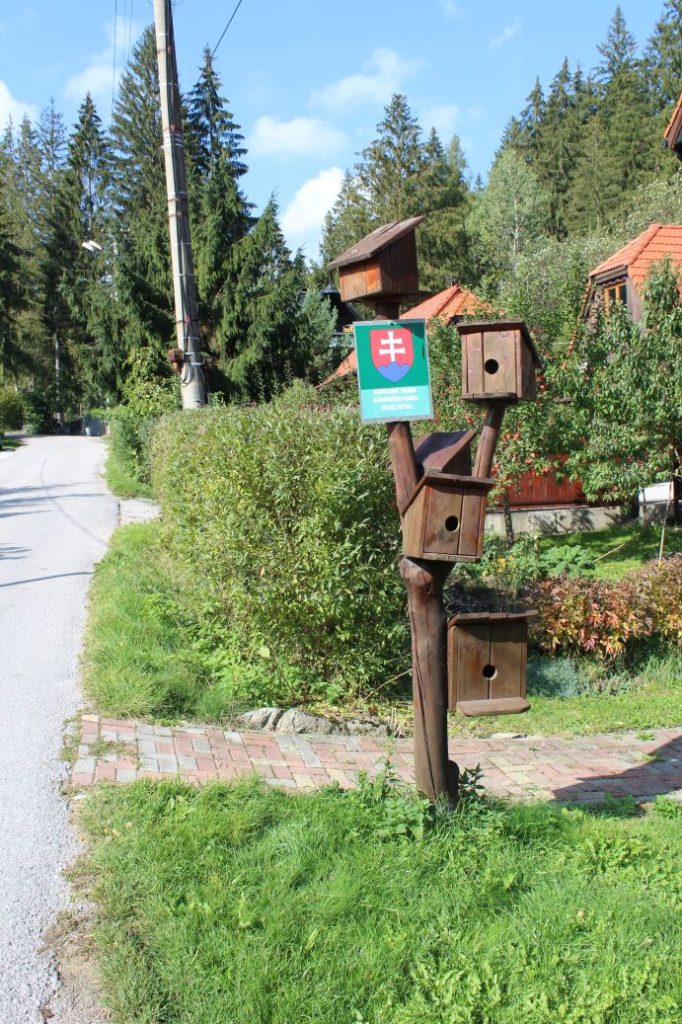 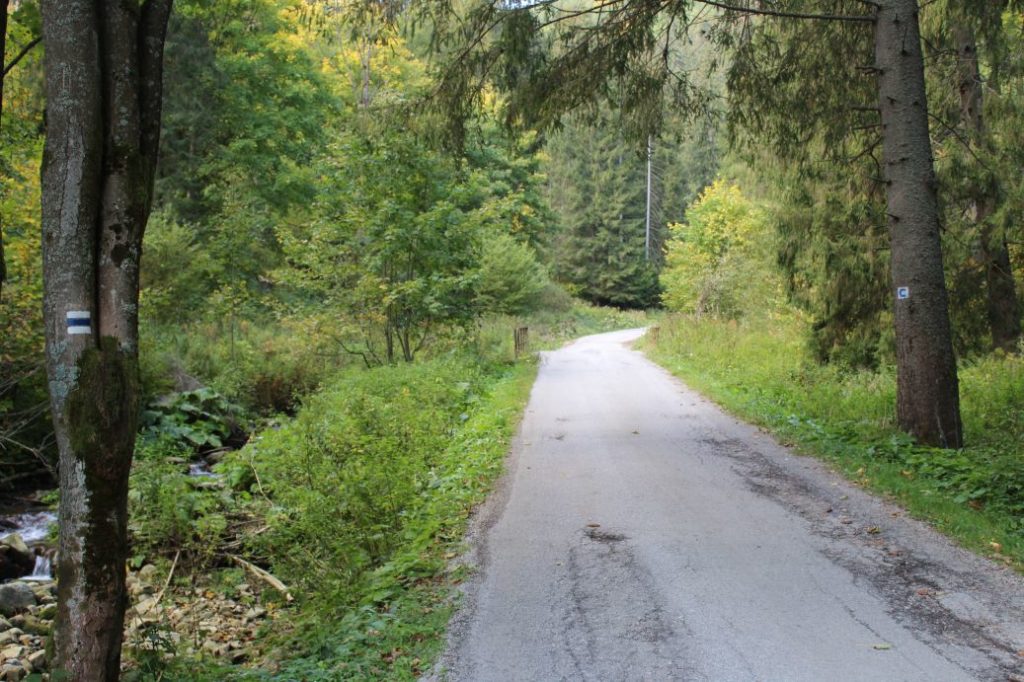 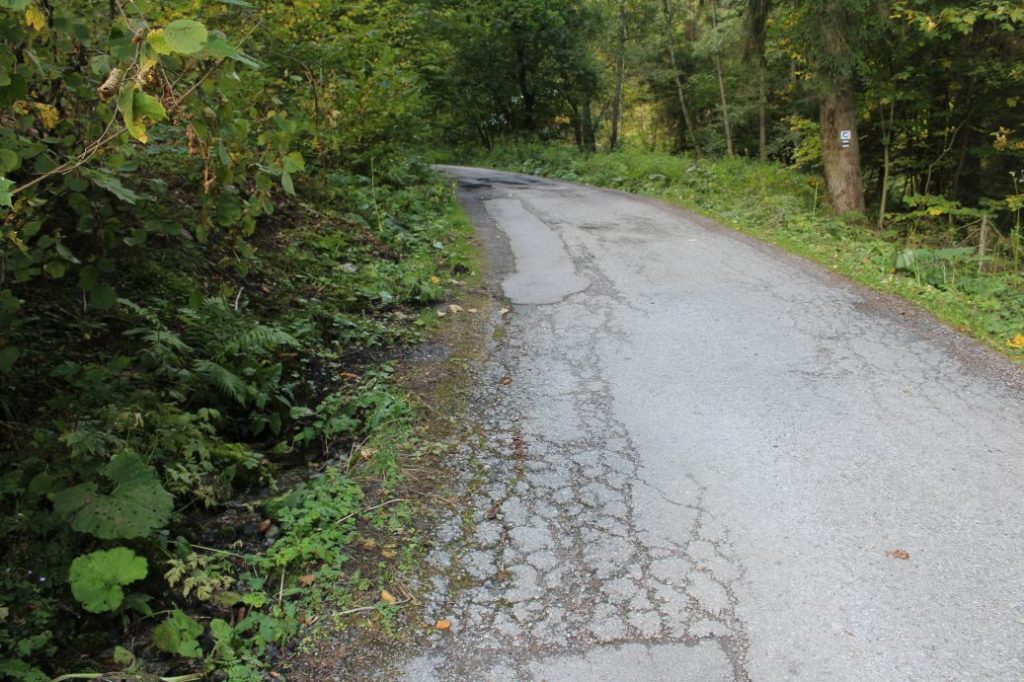 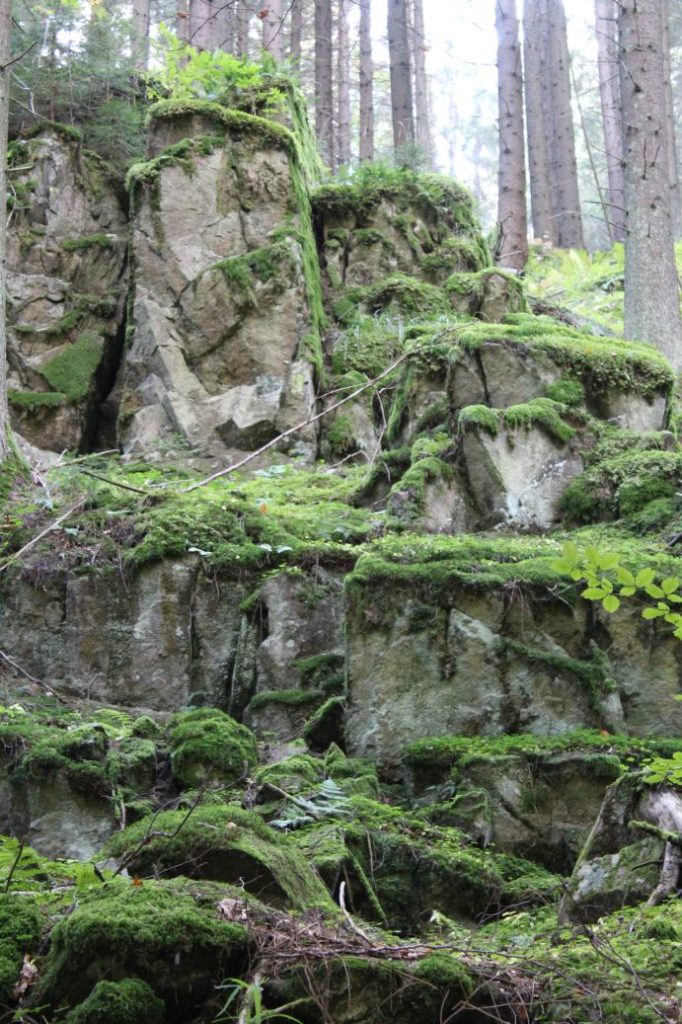 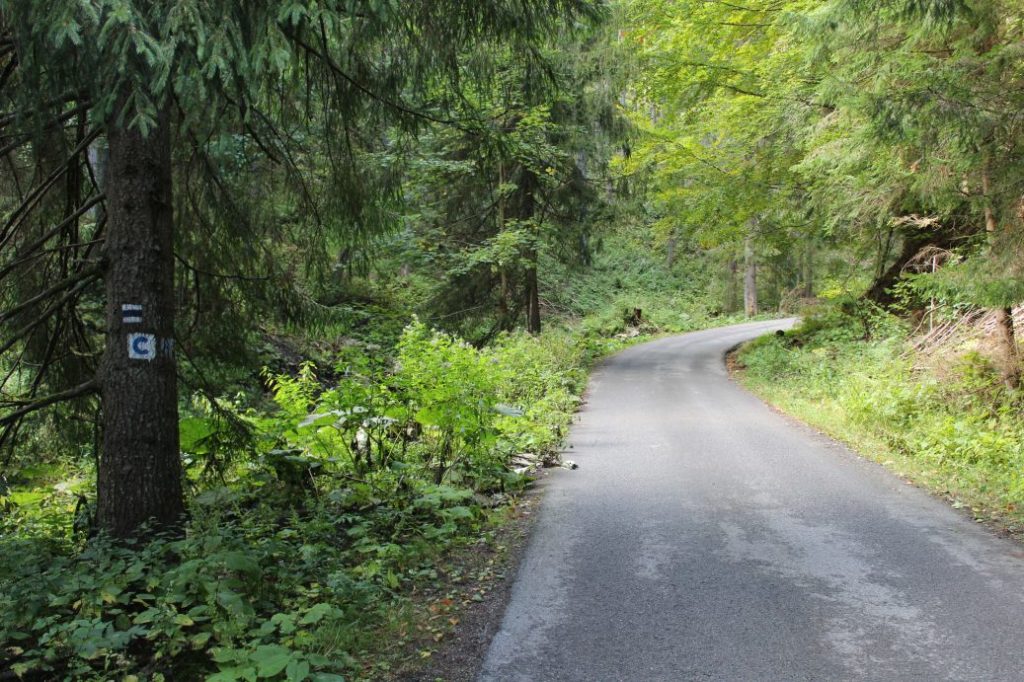 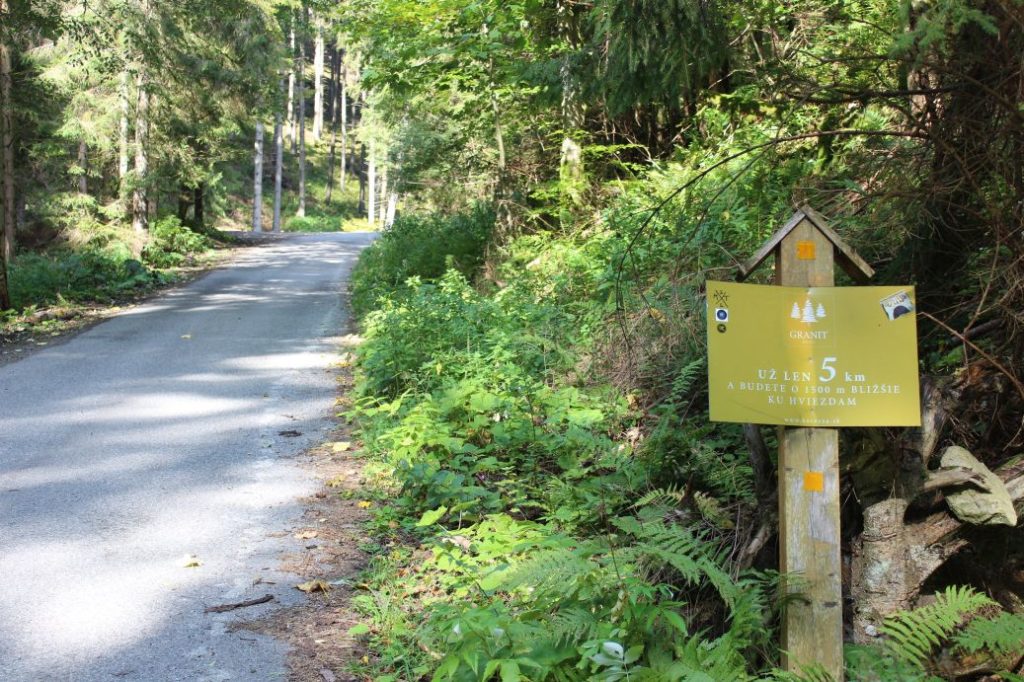 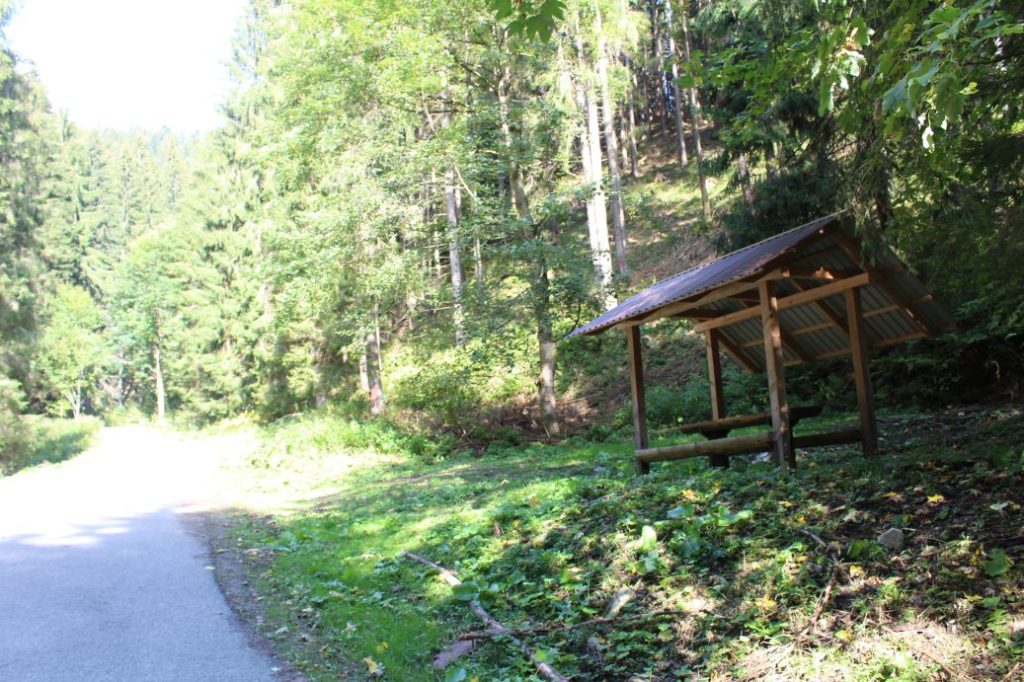 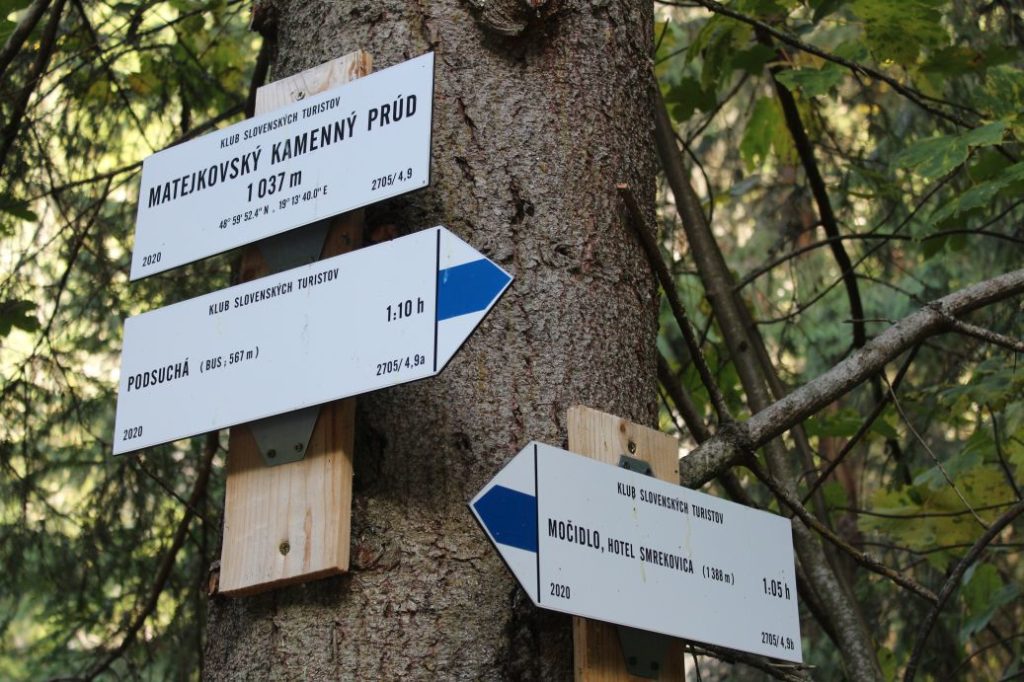 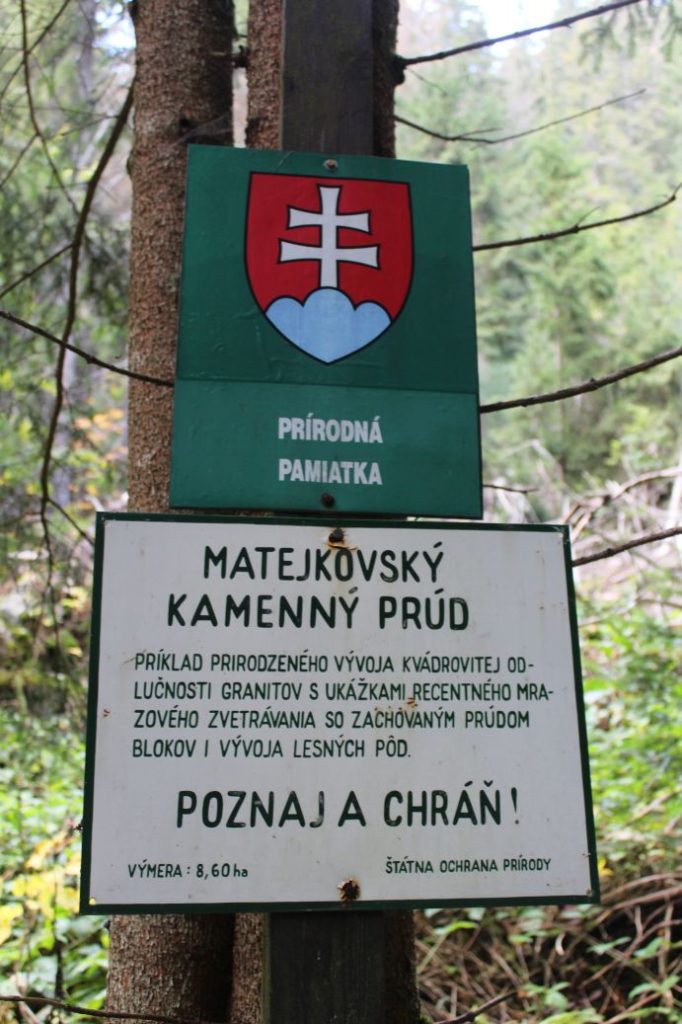 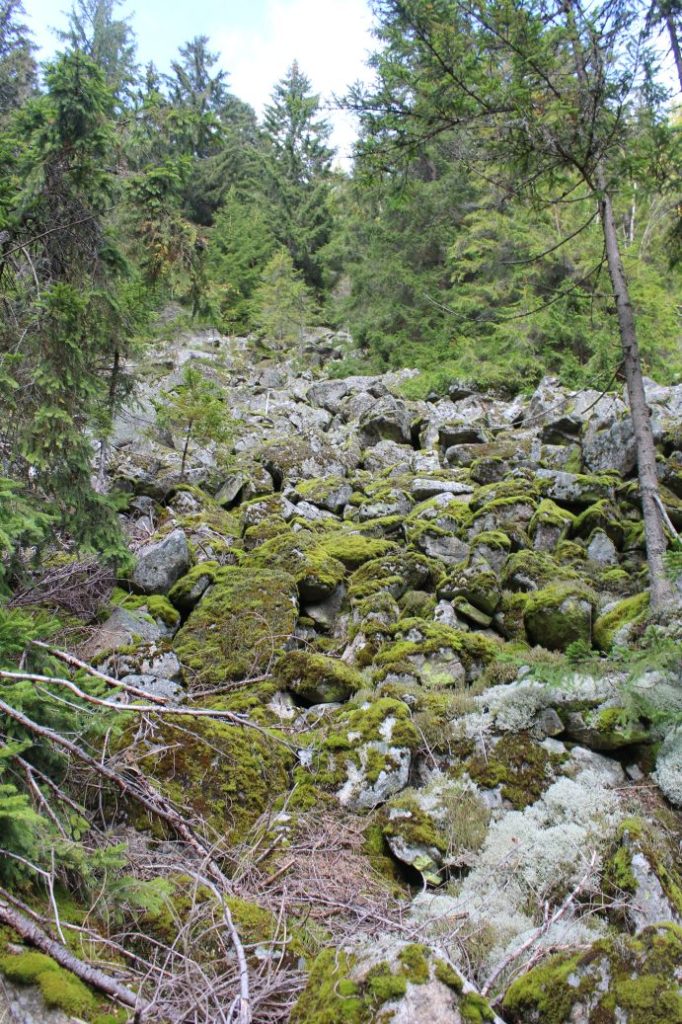 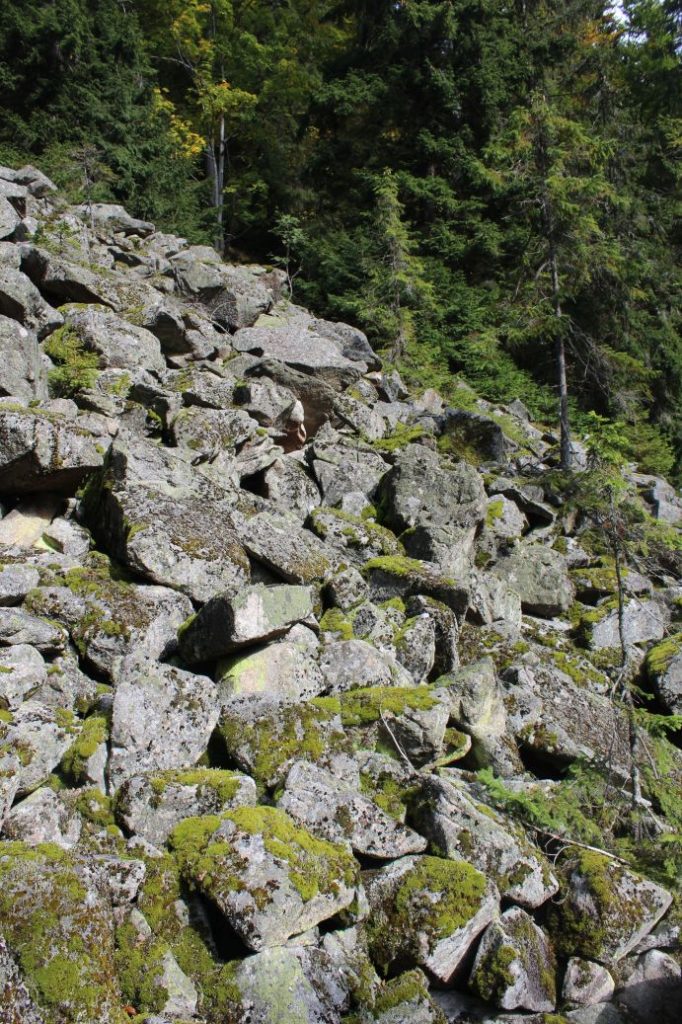 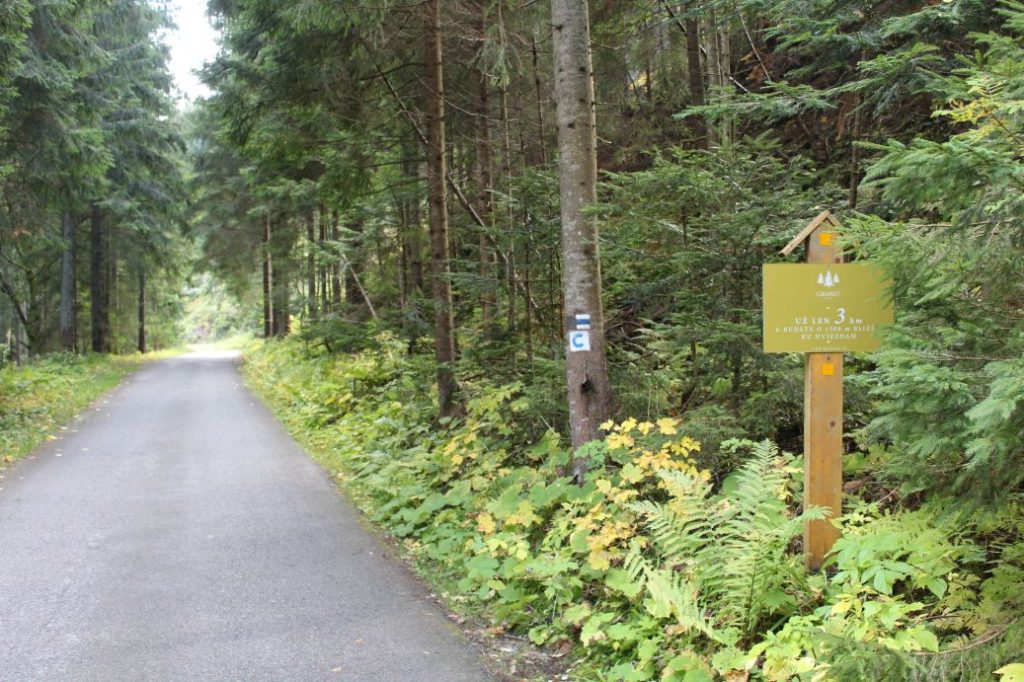 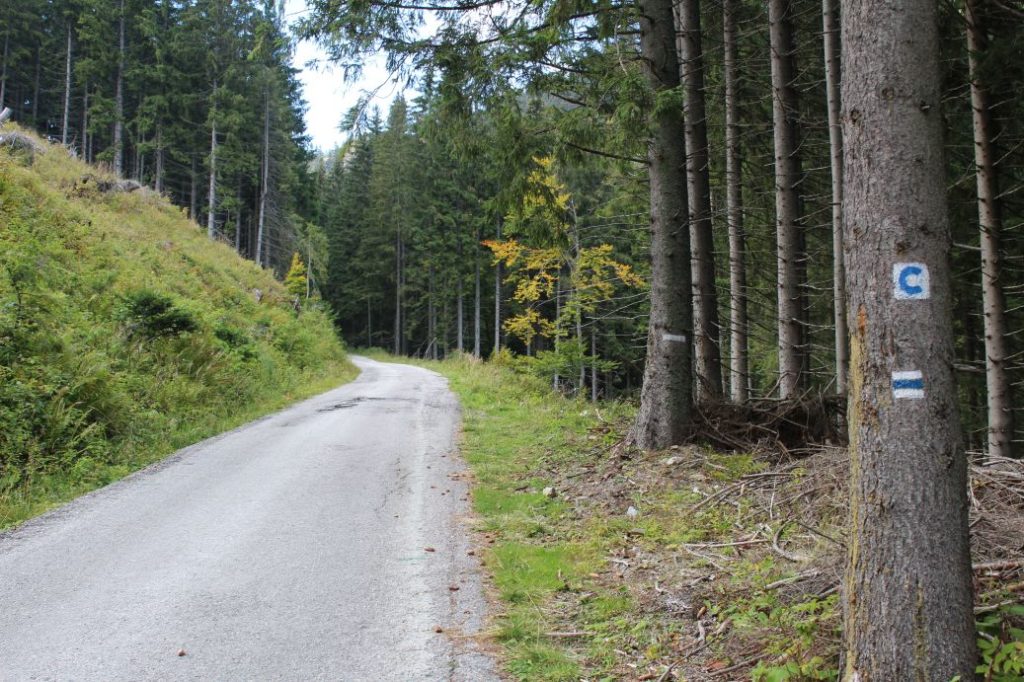 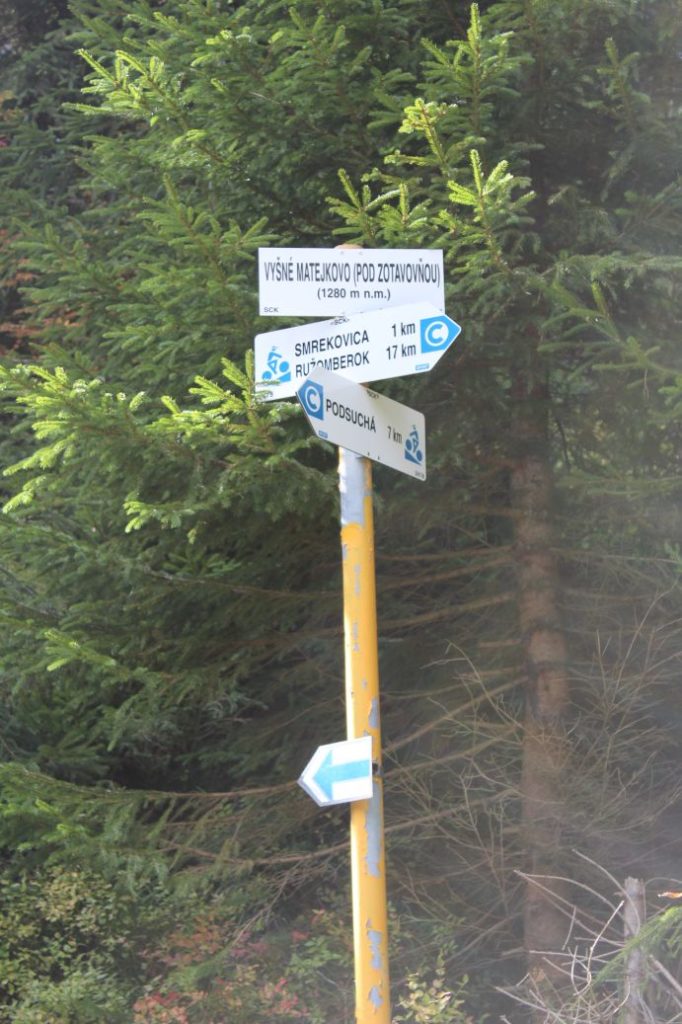 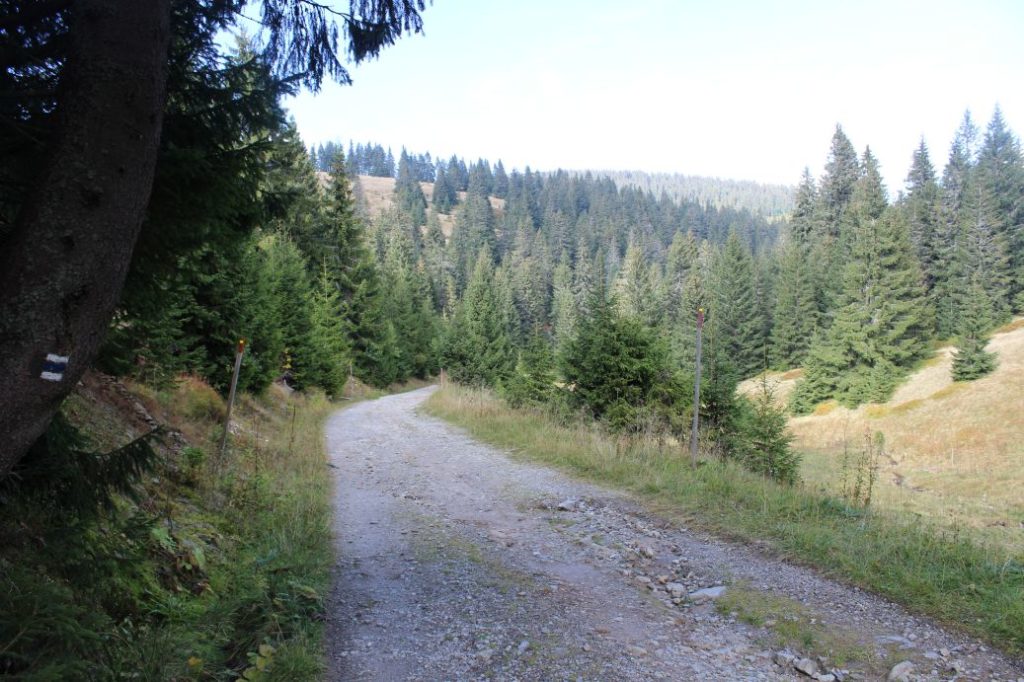 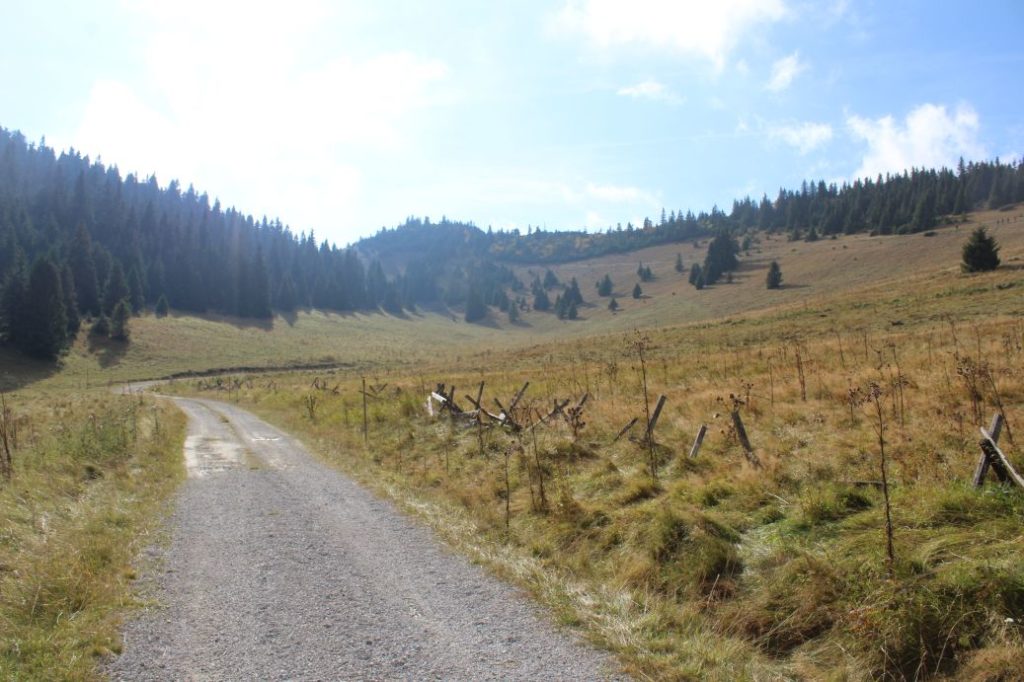 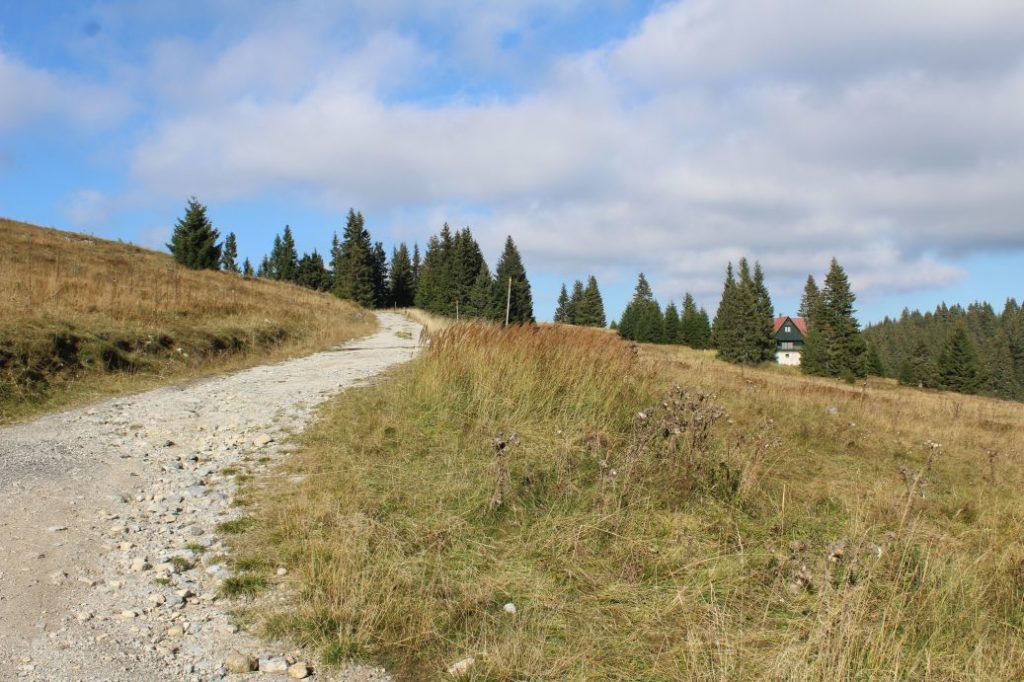 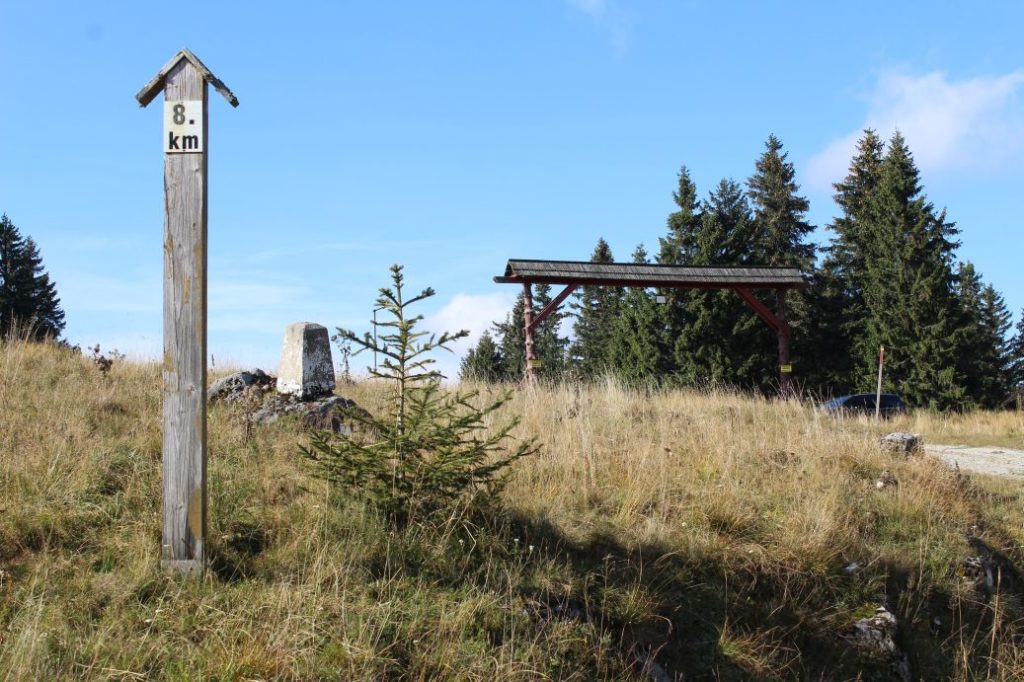 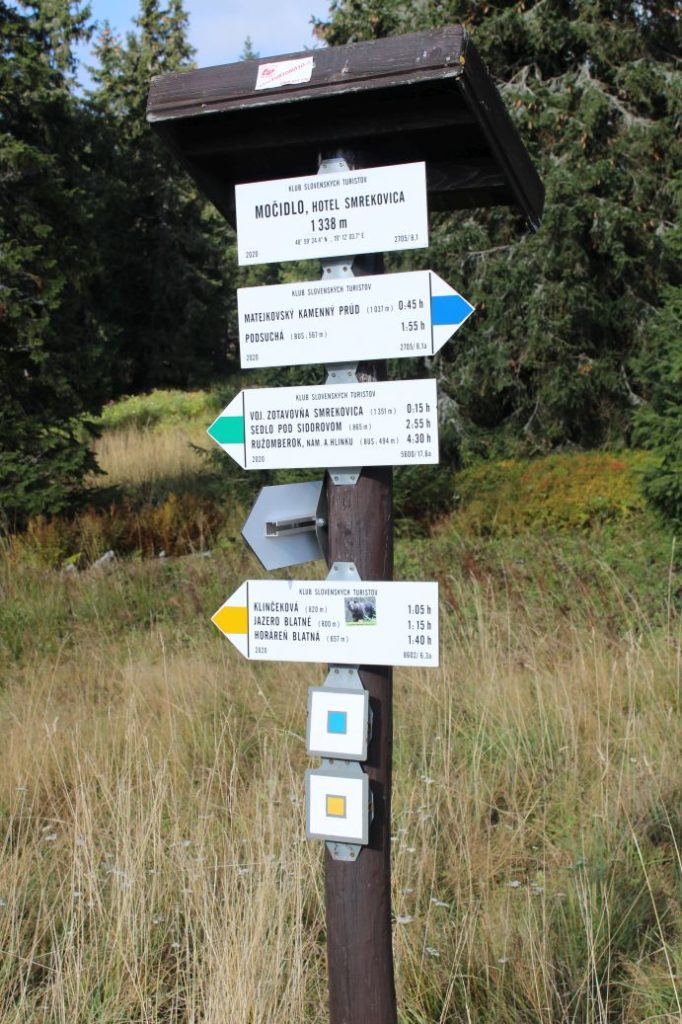 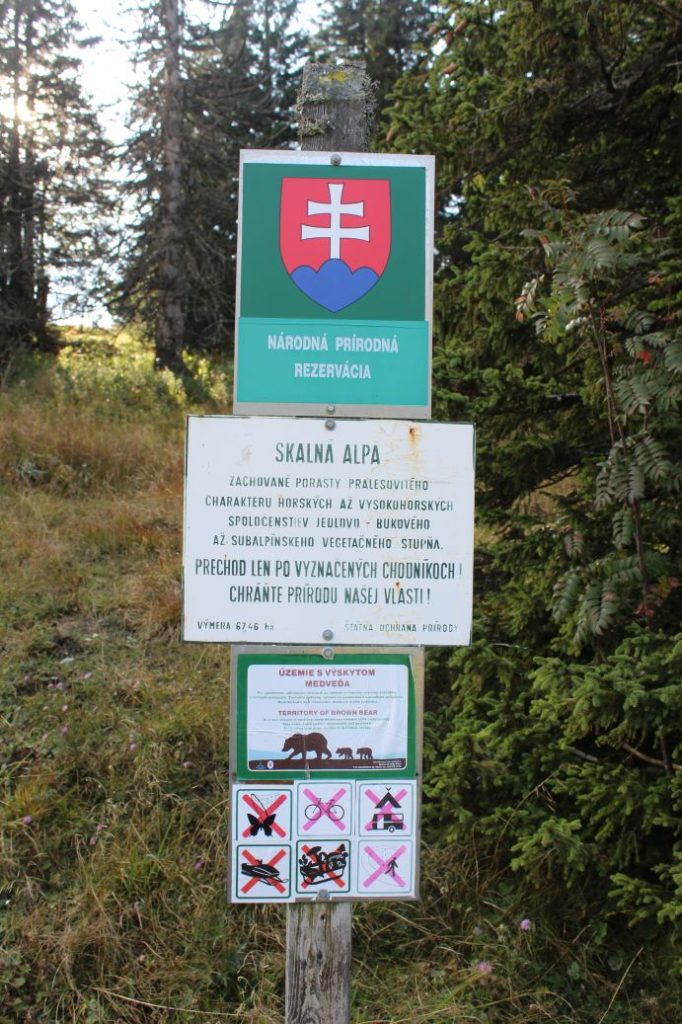 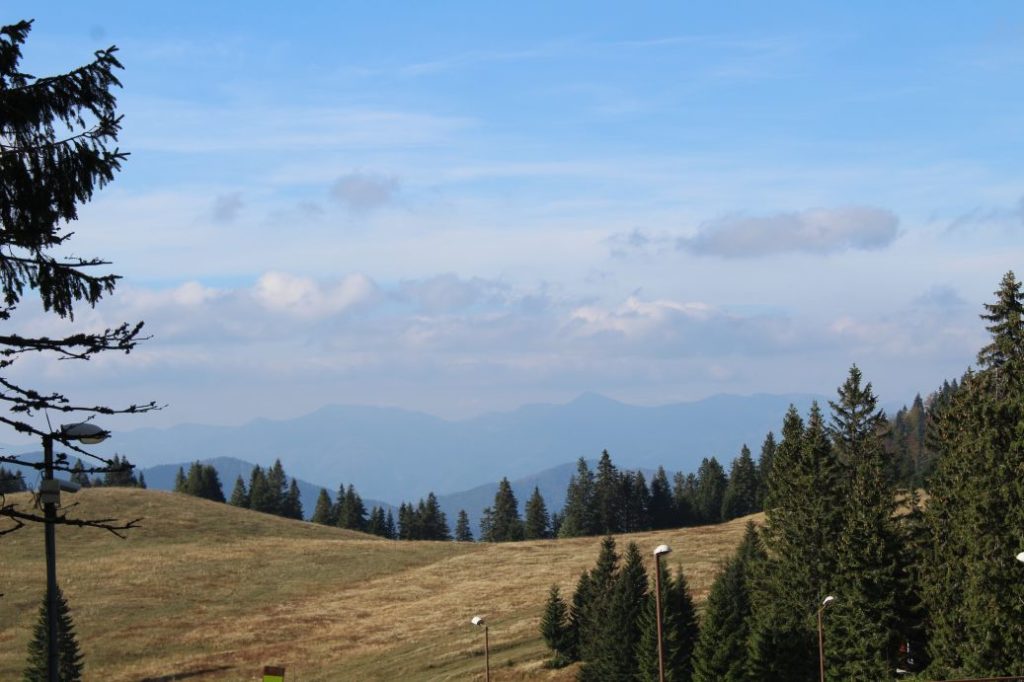