Nature as Therapy: In Search for Hawthorn below Front Choč

In the colder October days, we are headed to the southern hills below Front Choč, which are situated near the villages of Likavka and Martinček and illuminated and warmed up by sunshine almost all day long.

Currently, in the late season, there are not many herbs we could utilize, unless you are one of the advanced and experienced herbalists who know how to process and use, for instance, the roots of comfrey, burdock or chicory, which are ready for harvest at the moment. That is why we decided to make a trip in search of something we have already mentioned in the previous articles.

Common Hawthorn (Hawthorn) is a bush, or a smaller tree, which is found in most of the places. You can find it at balks, meadow peripheries, in wooded areas or copses. The surroundings of Martinček are full of balks and copses with bushes, which is why we chose this location for foraging of these berries.

In this season, it is still possible to pick hawthorn berries, unless they are too soft or shrivelled. We choose the berries which have distinct red colour. The brownish-red ones are also suitable for picking, but it is better to use them for jam. We only pick the berries which have no spots or flaws. They can be used for tea, similarly to rose hips. After harvesting them, you need to remove the stems, and just like with rose hips, they need to dry for several days until they have hardened. The tea from hawthorn is prepared in the same way as rose hip tea, you either crush the berries or use them whole. It is good to mix hawthorn with other herbs, in order to improve the not very pleasant taste of hawthorn tea.

Hawthorn berries are packed with vitamins, which, apart from drinking hawthorn tea, you will also get by consumption of raw hawthorn flesh. The taste of hawthorn is bland and it is not a fruit which is consumed in large quantities, but even a few berries eaten during your hike may serve as a valuable source of vitamins. Hawthorn has positive effects on the cardiovascular system or blood pressure. However, its consumption should not be combined with consumption of other medicaments or in the case of possible blood pressure issues or heart issues.

We start our hike in search for hawthorn in the village of Martinček, to which we can ride a suburban bus from Ružomberok. We let the bus take us to the final stop by the Municipal Authority called “Martinček,,OcÚ“. From the bus stop, we continue in the same direction the bus would if this was not its final stop. We take no turns and the road should lead us to the periphery of the village, to apartment buildings, at the end of which the road turns to the left, to a local farm. At the place where the road runs by the fence of the farm, we may look to our right and get a view of the West Tatras and a part of the High Tatras with peak Kriváň. We continue by the fence, occasionally noticing rose hip bushes sticking out through the fence, but we do not pick these, as they are too close to the village. At the end of the fence, the road turns to the left again, leading to the road which is exiting the farm complex. We continue on this road in the direction to the right, to D1 motorway, which is under construction. There is a new bridge built over the motorway, which is not open yet, and so we pass a few metres below the bridge, directly through the earthwork, while paying attention to any traffic of vehicles at the construction site. The road through the bushes leads us mildly uphill and we may notice plenty of rose hip bushes in this area already. The ascent becomes milder and at the place where the asphalt road starts running slightly to the left, down the hill, we continue straight ahead on the paved road. At this intersection, we may admire the view of the Likava Castle, which has been accompanying us on and off since we got off the bus. After a few dozen metres, we come to a cross, where we can sit on a makeshift bench. We continue on the paved road, passing below the cross towards a hunters’ hide, where we can see a pole of the high voltage line located in the direction of the road, which is an important orientation point on our route. There are plenty of bushes in the vicinity of the road, including hawthorn, which we decided to pick. In addition to hawthorn, there are also bushes with rose hips, which we can pick as well. At the place where there is a passage through the bushes leading to a meadow, running uphill (to the right), we walk up to the meadow and follow an indistinct path running through the meadow in the direction towards the already mentioned pole of the high voltage line. For more precise orientation, it might be helpful to note that the pole is marked with number “52”, which is located on the pole structure approximately at the level of the high-voltage line. The path will lead us to a place where we can see an old wooden fence and a wooden shelter with a sitting area situated in the slope behind the fence, among the trees. In this area, there is a mineral spring with ferruginous water, which is, however, in a poor condition, in which it probably cannot be used by anyone, except for maybe the woodland animals. On the bushes in the vicinity of the shelter, we may find hawthorn or rose hips. A few metres away, we also found sloes. In the current season, we may also collect pine cones in this area, which can be dried and then used in Advent wreaths or Christmas decorations. There are also many hazel plants, but we did not find any nuts this year.

On our way back along the same route, we may enjoy views of a part of the Great Fatra with dominant peak Malinné above Ružomberok, peak Mních and the village of Martinček, or the ridge of the Low Tatras with Poludnica, Krakova Hoľa, Siná, Bôr, Ďumbier, Chabenec and Salatín.

There was also one big downside to this location, the amount of litter we found along the route. On our trips so far, we always carried away only a few small pieces of trash. This time, however, we picked up a few more things and yet there was still some litter left. We hope to inspire you to help us gradually clean up this location over time from everything that does not belong there, with the intention to explore our surroundings mindfully and to help maintain them so that the future generations can enjoy them in the same condition. Because we explore in a sustainable way, in accordance with the idea of #ObjavUdržateľnéSlovensko (DiscoverSustainableSlovakia).

Finally, we would like to draw your attention to an interesting church, the Church of St. Martin, which is situated a few minutes away from the beginning /end of our hike. Below the church, we can see how the local inhabitants use the natural qualities and specific conditions of the area to build cellars, which are hidden under small roofs located near the church. If you are interested in visiting the church, the panel by the church provides information on where to go or who to call.

This is the fourth article of the article series with subtitle “Nature as Therapy”. 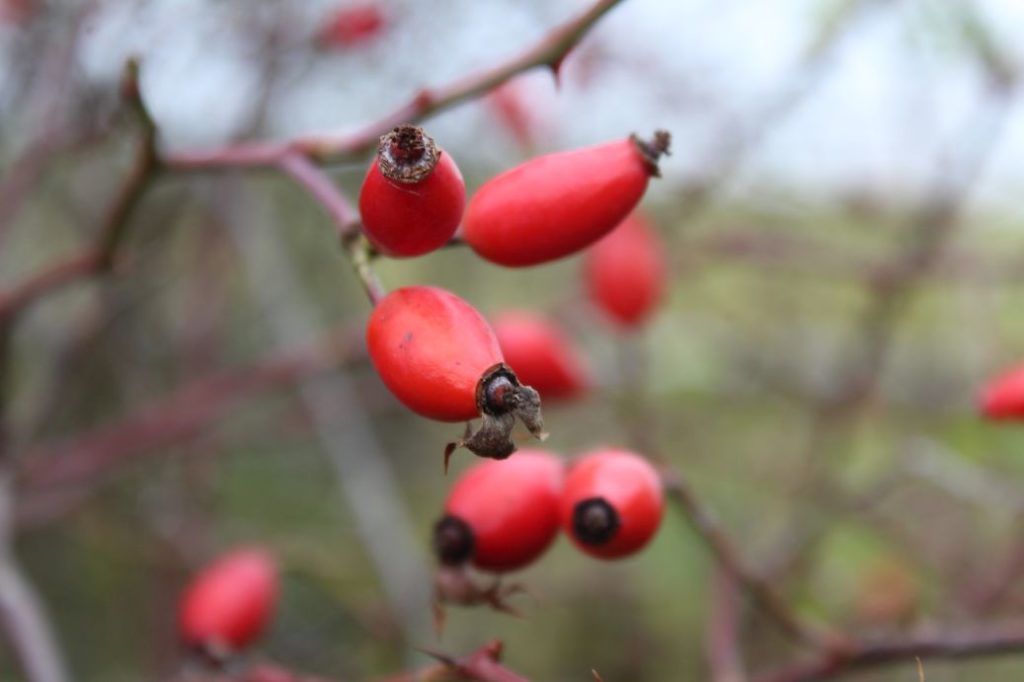 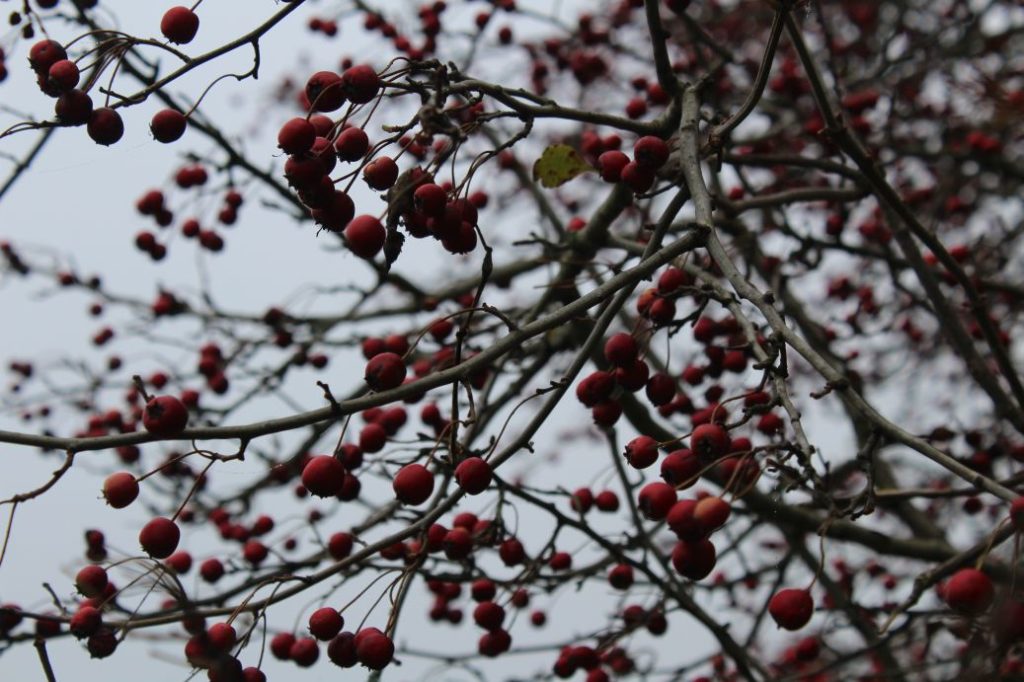 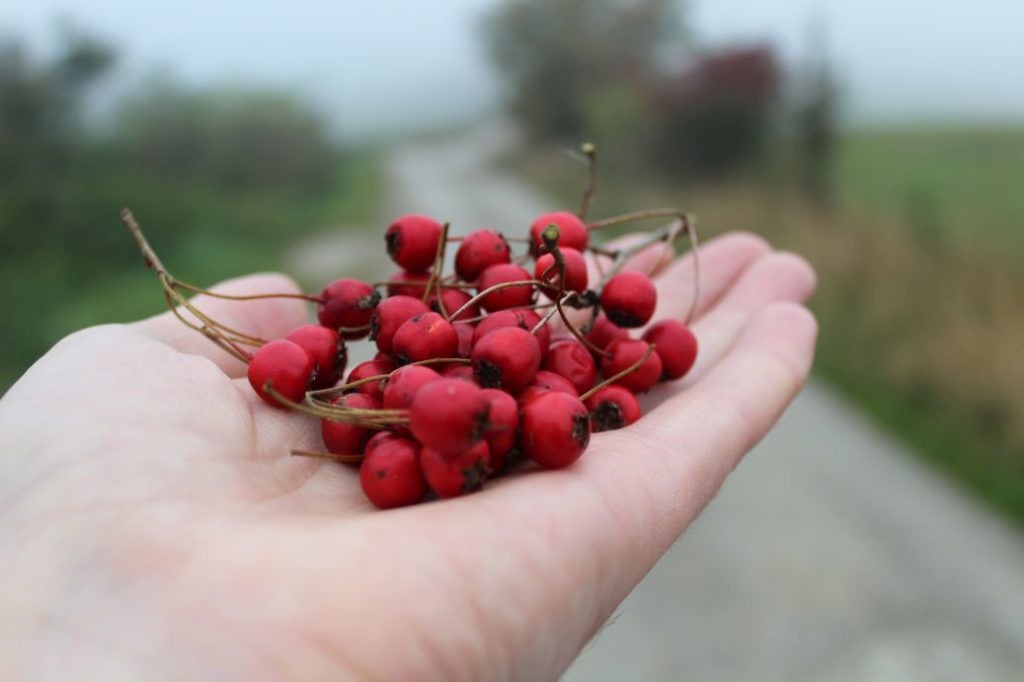 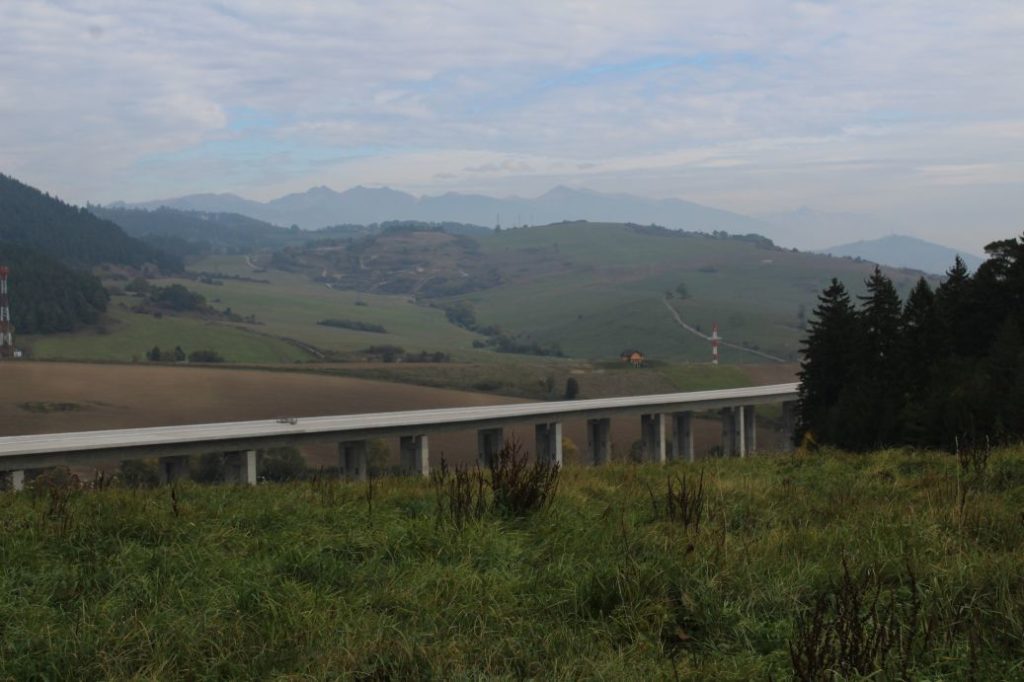 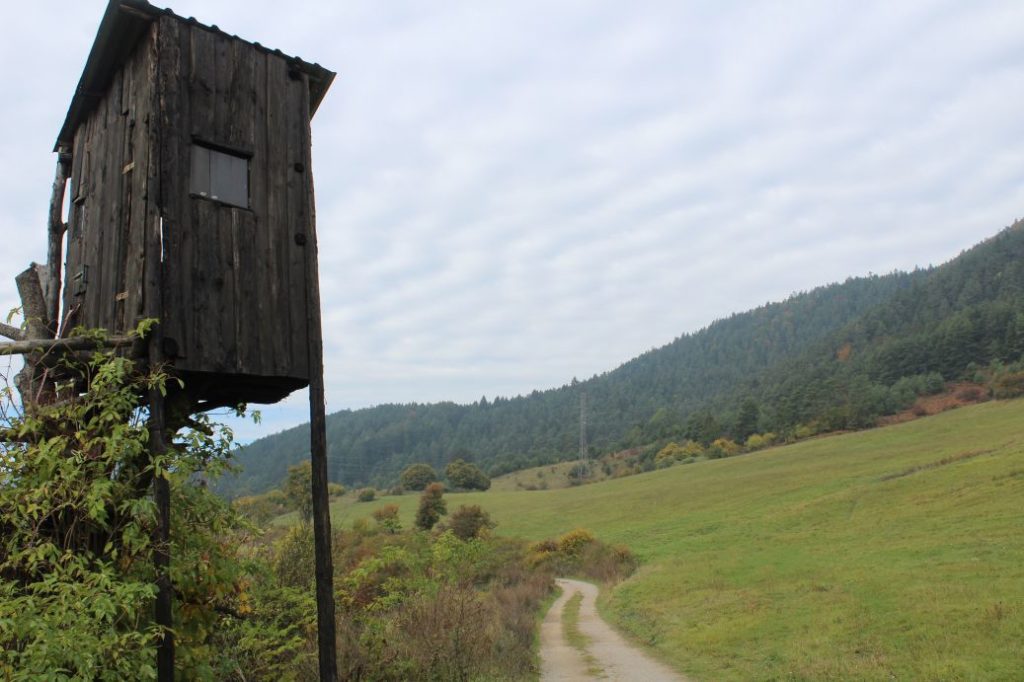 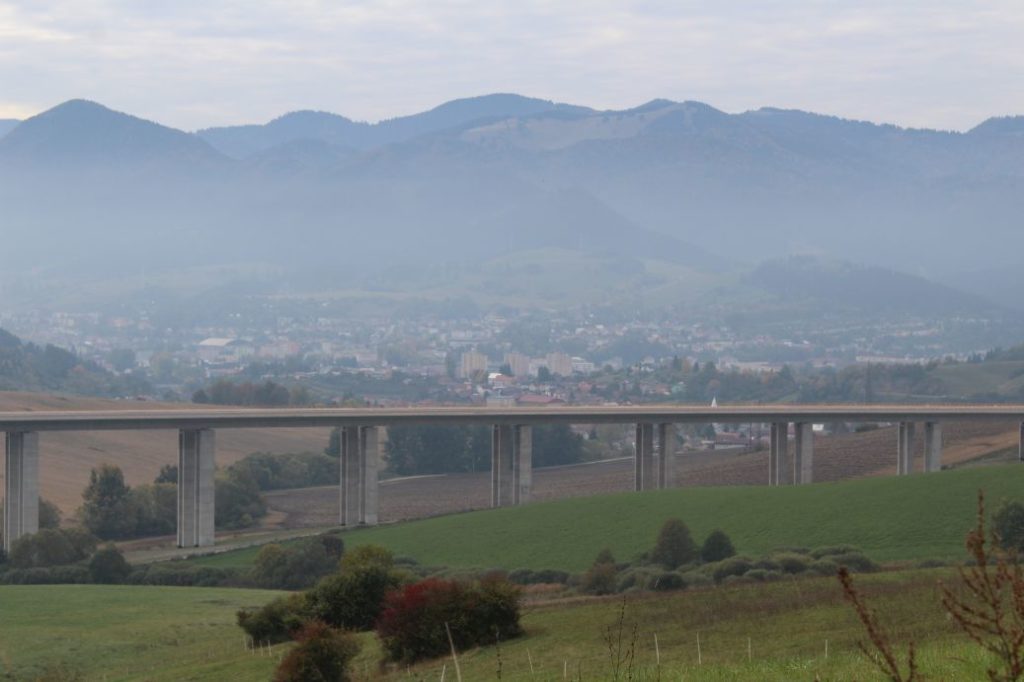 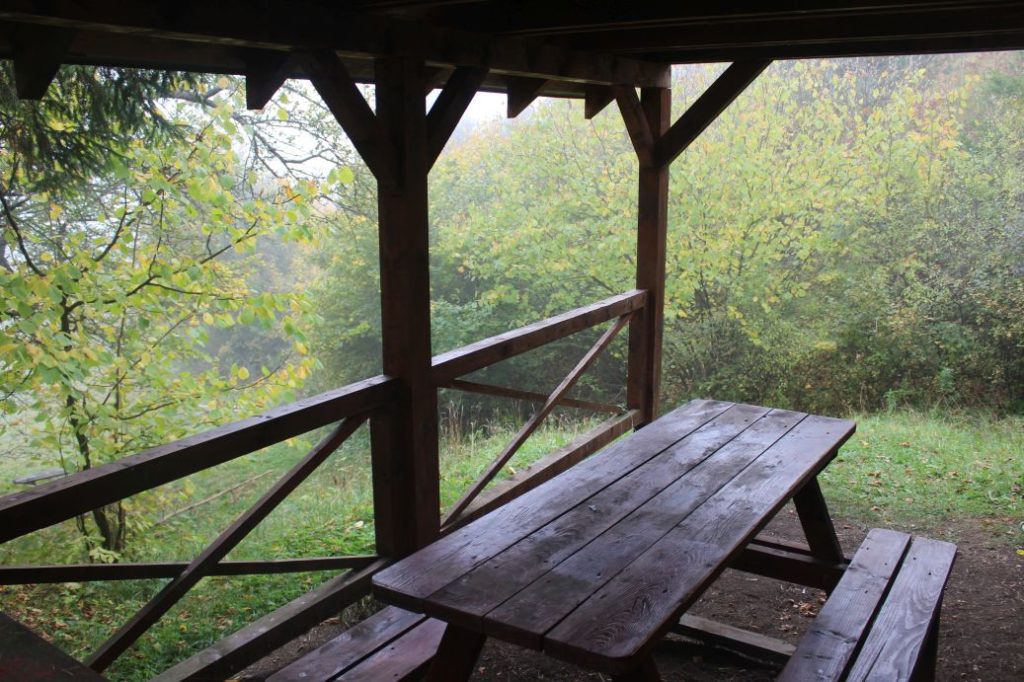 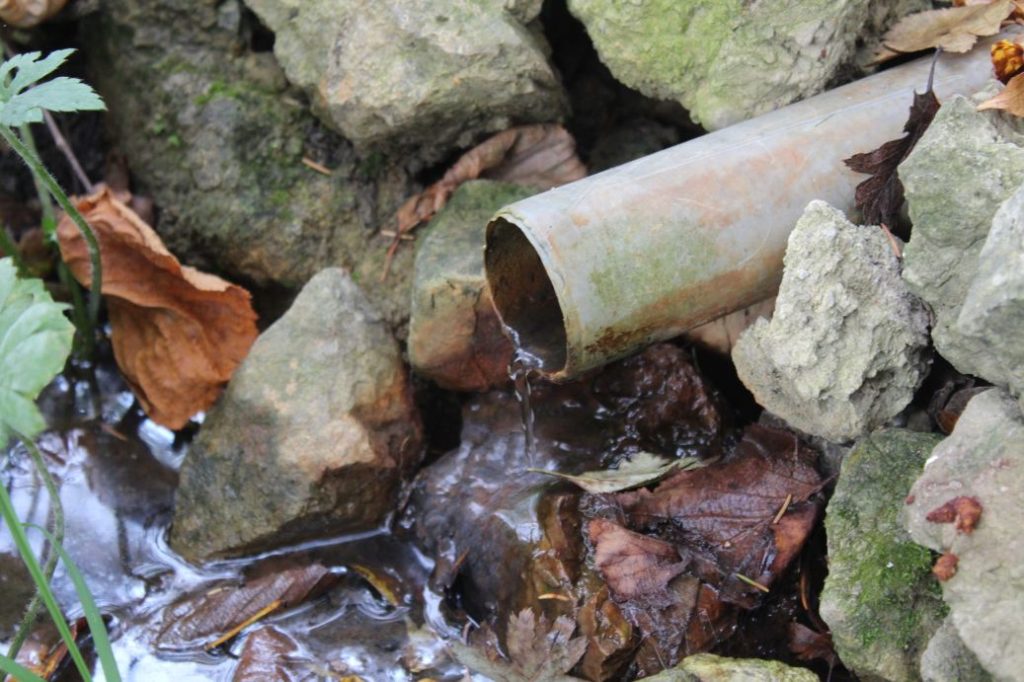 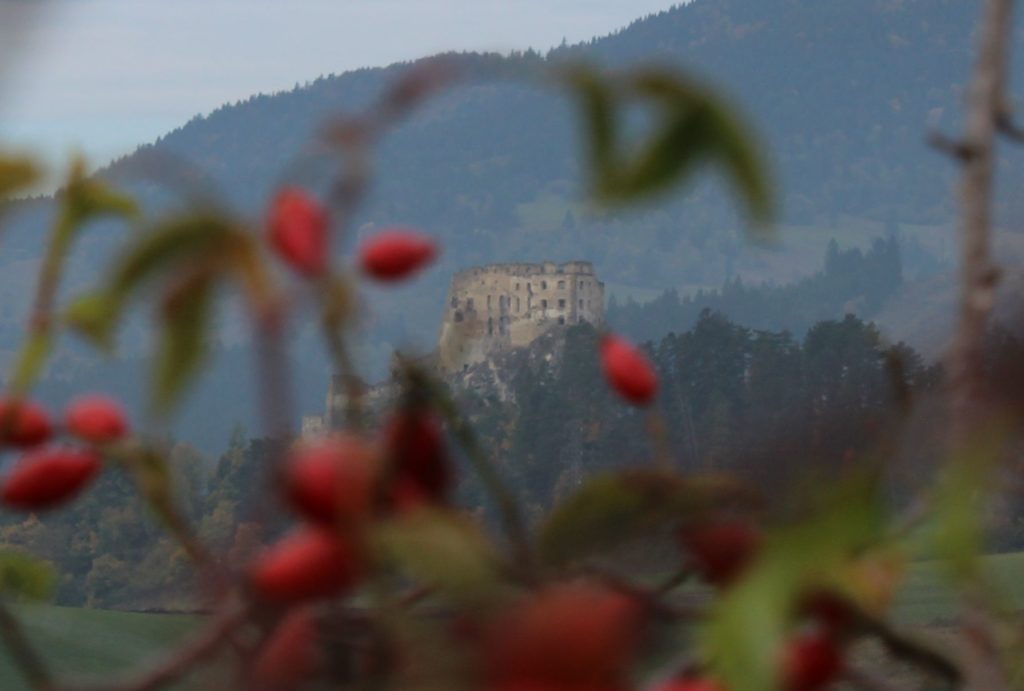 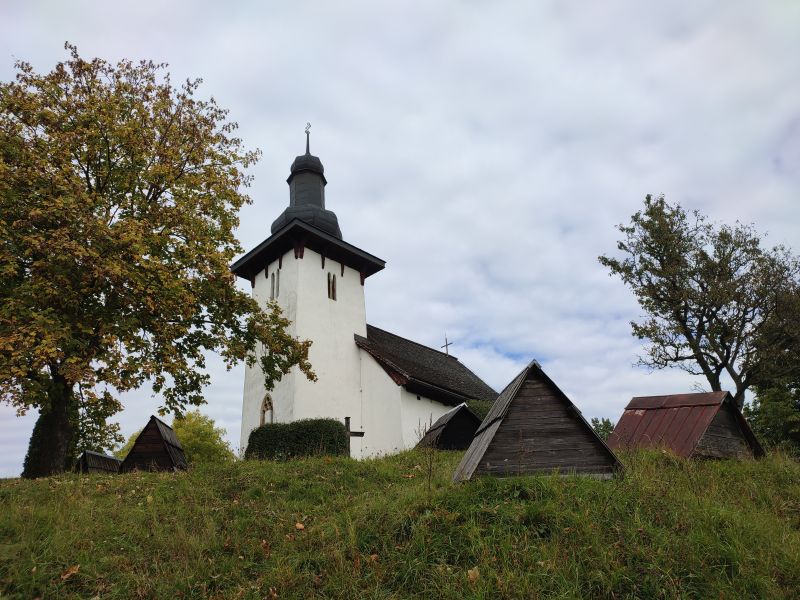