The chapel is situated in the village of Studničná, in the cadastral territory of the town of Komjatná. It is located at the periphery of the village, below the area of Prieseka. It is located approximately 350 metres away from bus stop “Komjatná,Studničná“. 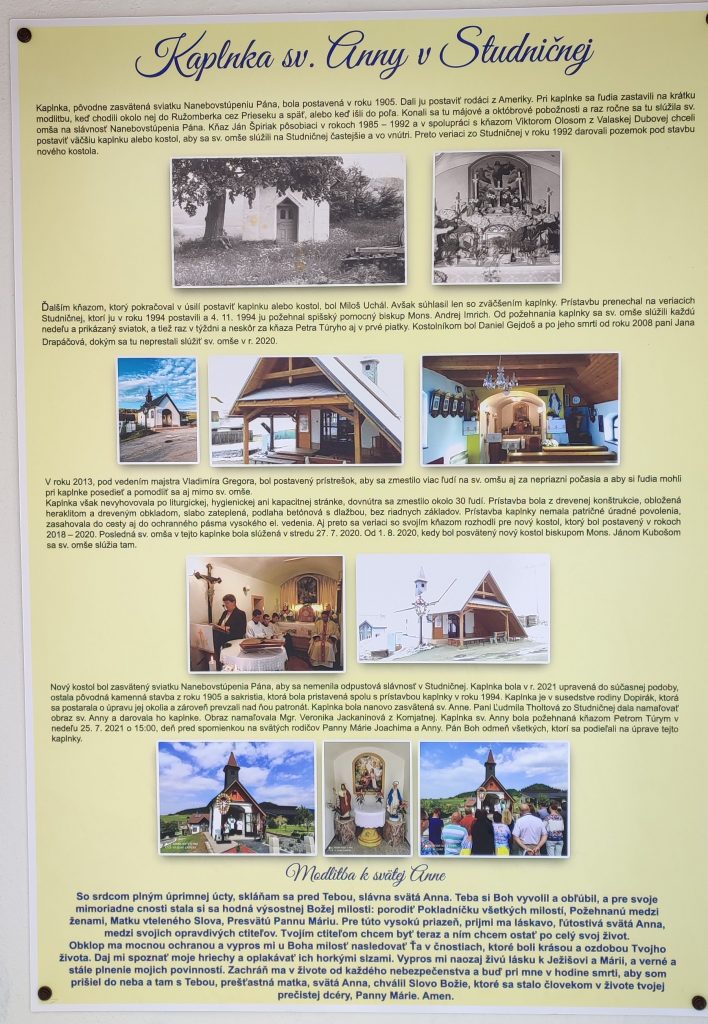